Ahead of a UN General Assembly resolution on the death penalty moratorium, expected in December and long the object of numerous efforts on the part of Italy, a high-level meeting was held at the UN to further consider the debate among member states, with a view to increasing the number of votes in favour. An OHCHR publication on the death penalty, entitled "Moving Away from the Death Penalty, Arguments, Trends and Perspectives" and which Italy co-financed, was presented.

The international campaign for a death penalty moratorium has been an absolute priority of Italian foreign policy for many years. Italy is firmly convinced that the abolition of capital punishment would contribute to strengthening human rights, and that the death penalty has no added value in terms of citizen security or the deterrence of crime, but on the contrary, renders any eventual judicial error dramatically irreversible. On these grounds, therefore, Italy has assumed a key role in the international campaign against it, providing impetus over the past two decades to various UN initiatives.

In consideration of the important role that the civil society plays in this campaign, and of the fact that the principal NGOs traditionally involved in it are Italian ones, Minister Federica Mogherini decided to set up a Task Force consisting of MAECI, the Community of Sant’Egidio, Hands Off Cain and the Italian division of Amnesty International, tasked with coordinating all the awareness raising activities being conducted by those NGOs ahead of the UNGA resolution. 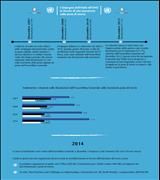 Moving Away from the Death Penalty