Selected pieces from the Museo Internazionale di Ceramiche (Mic - International Pottery Museum) in Faenza are about to fly to China where they will tour several museums. The travelling exhibition, running from 9 December to 25 March, will be hosted by five major Chinese museums: Henan Museum,  Zhejiang Provincial museum,  Liaoning Provincial Museum, Shanxi Museum and Shenzhen Museum. The 150 pieces, most of which are kept in the Mic storerooms, will tell the history of Italian majolica from the Middle Ages to our modern times. The aim of the event is to make Italian pottery traditions known to Chinese museum-goers. Faenza is one of the many production centres that since the Renaissance have developed this form of art.  It will show archaic majolica pieces from the Middle Ages, featuring traditional geometric patterns, including original ones from Faenza, Deruta, Casteldurante, Montelupo, Castelli, Urbino, Pesaro and Gubbio. The exhibition will also include preciously etched Renaissance pieces representing the opposite school of thought, which, from the middle of the 16th century, simplified decorations using only a few colours. During the 18th century, the first pieces of china from the Far East (China, Korea, Japan) arrived to Italy. At the same time pottery was being produced on a large scale, and has been happening in England since 1740. In the 20th century, pottery was used in sculptures and designs showing the influence of the history of art and its diverse currents. Picasso contributed greatly by transforming this material into sculptures. Some of his works form part of the Mic collection, thanks to its founder, Gaetano Ballardini, who contacted the artist after the museum was bombed during World War II.  "The China Project is in line with the cultural policy pursued by our museum, which is open to different stimuli and enhances our heritage abroad," explained the Mic director, Claudia Casali. "This is a complex and rich exhibition designed to tell the story of Italian pottery culture, and its domestic and international success." Eugenio Emiliani, president of the Faenza-based Mic Foundation, said: "This project, which is the result of international relations and organisational excellence, confirms the relevance of our museum as a national pottery cultural institution." 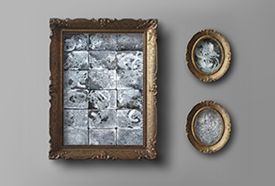