Forty years since the release of the first Japanese TV episode adapted from De Amicis' novel 'Cuore', Tokyo will celebrate the book by screening 52 episodes of the animation series "Marco -Dagli Appennini alle Ande" [Marco, from the Appennines to the Andes]. The cartoon is considered to be a milestone in the world history of animation as it was the first to apply to TV the production quality standards usually reserved for cinematic feature films. The series is the product of five extraordinary talents: Takahata Isao (director), Miyazaki Hayao (layout and settings), Kotabe Yoichi (design of characters and major animation), Fukazawa Kazuo (script) and Takamura Mukuo (backgrounds).

The cartoon was screened for the first time in Japan in 1976 and in Italy in 1982. Today the Italian Cultural Institute of Tokyo opened an exhibition on the artist/animator Kotabe's work that is scheduled to run until Dec. 22. The exhibition highlights the expressive wealth and humanity of the characters Kotabe designed, collecting for the first time in the world the sketches and drawings of the artist's personal collection, together with unpublished material by Miyazaki Hyao and other artists.

Three parallel events have been organised, two of which will be attended by Kotabe Yoichi and Takahata Isao, scheduled for Dec. 10 and Dec. 17 respectively. The third event, to take place on Dec. 18, will feature a jazz concert by Nakamura Riyika Life "Marco e altri brani celebri del cinema italiano" [Marco and other renowned soundtracks of Italian cinema]. 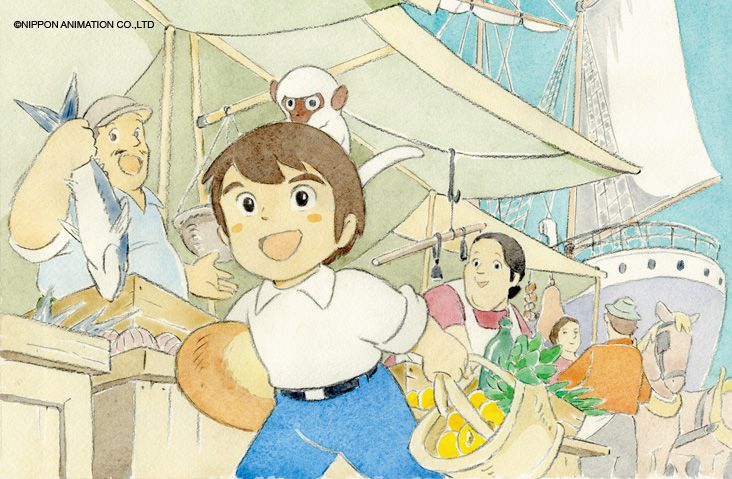