Prospects of cooperation between Italy and Oman were the focus of a consultation meeting between officials of the two countries in Muscat. The Italian delegation, led by Secretary-General of the Italian Ministry of Foreign Affairs Michele Valensise, and the Omani delegation, led by Secretary General of the Omani Ministry of Foreign Affairs Sayyid Badr bin Hamad al Busaidi, reviewed key aspects of bilateral cooperation and the recent developments in the countries of the region, with particular reference to Libya, Syria and Yemen.

Members of the Joint Committee that met in Rome in June 2015 were pleased to take account of the significant growth in bilateral trade between the two countries and of the several contracts recently awarded to Italian companies for the construction of facilities and plants. Participation of Italian companies in the development of Oman according to the Five-Year Economic Plan is a priority for both Rome and Muscat, as was also stated during the meeting between Ambassador Valensise and Sultan Salim Said al Habsi, Secretary General of the Supreme Council for Planning. The talks also focussed on prospects for cooperation with Italian companies to create the infrastructure in the Special Economic Zone Authority Duqm (SEZAD), illustrated by SEZAD chairman Yahya al Jabri.

“There are very promising opportunities for our entrepreneurs in Oman. The authorities in Muscat confirmed their great appreciation of the skills and dynamism of Italian companies, and their wish to extend consultations with Italy on political issues of common interest and in the field of cultural cooperation,” Ambassador Valensise said at the end of the meetings. The Secretary-General of the Italian Foreign Ministry also chaired a meeting with numerous representatives of Italian companies in Oman at the Embassy. 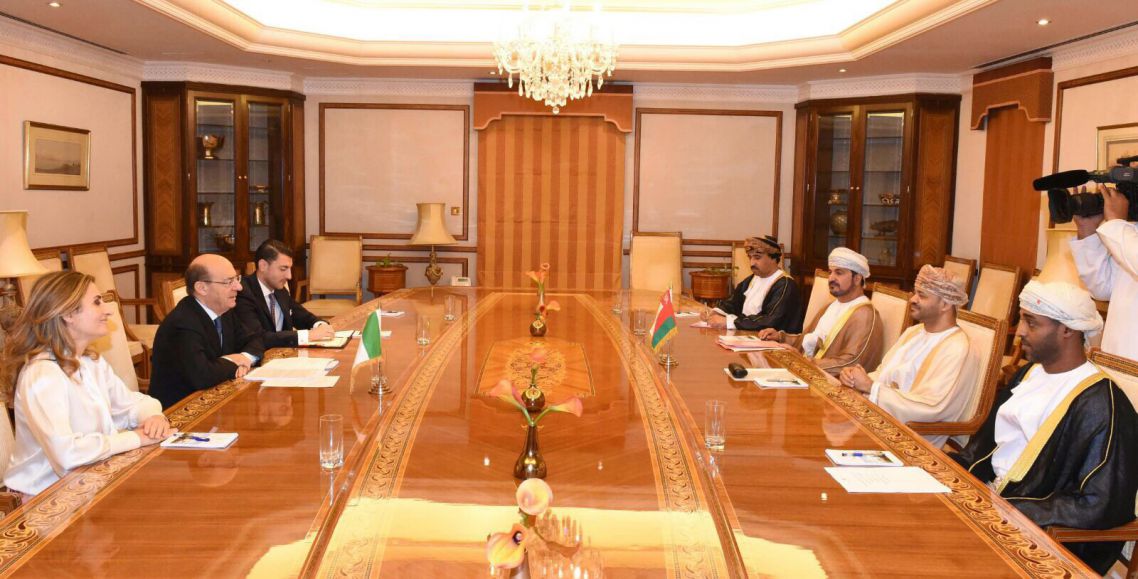