The G7 Foreign Ministers and the High Representative of the European Union will meet in Lucca on 10 and 11 April under the chairmanship of Minister Angelino Alfano. The G7 Foreign Ministers Meeting, a meeting traditionally held at least once a year by the seven most industrialised Countries in the world, offers a unique opportunity to tackle some of the most important international issues concerning global peace and security. The Ministers, who represent a cohesive group of nations sharing common values and interests, will have the opportunity to engage in open, direct and straightforward discussions based on their common commitment to promote an international order grounded on consolidated rules, combating terrorism and violent extremism, promoting stability, inclusion and prosperity, and supporting the efforts of Third Countries that share their same objectives.

This year in Lucca, the Ministers will address numerous issues, including their common fight against terrorism, the situation in Libya and Ukraine, and the latest worrying developments in North Korea.

The Mediterranean, the melting pot of peoples and the crossroads of tensions and opportunities, will be the focus of the discussions.

The priority of the G7 Countries is the total eradication of ISIL/Da’esh from the areas they control in Syria and Iraq. Combating terrorism and violent extremism, wherever it may develop, remains a pressing emergency that will be tackled by pursuing the perpetrators of terrorist attacks. At the same time, we must assure that our societies remain anchored to the principles of the respect of human rights and fundamental liberties, and to the shared values of inclusion, coexistence and tolerance.

On the Libyan situation, the Ministers will underscore their consistent support for the political agreement of Skhirat and for inclusive political dialogue and a national reconciliation process aimed at rebuilding sound State institutions capable of guaranteeing, inter alia, a better management of migration flows and a greater capacity to counter criminal activities.

Iran will have a key role on the agenda, with the G7 Countries’ request to all the parties concerned to fully implement the Joint Comprehensive Plan of Action, as a fundamental step towards the Country’s full reintegration into the international community.

Africa will emerge as an encouraging challenge for the decades to come and the G7 Countries will acknowledge its ownership of sustainable development processes, democratic governance, peace and stability.

The Ministers will also confirm their concern for the crisis still underway in Ukraine and will underscore their commitment to enforce the Minsk agreements.

Another key priority will concern North Korea and its reiterated provocations against the entire international Community with the recent alarming expansion of its ballistic and nuclear programme.

The need for an international strategic framework on cyber security will be confirmed to be crucial for the stability and security of our societies.

Lastly, the Ministers will express their full support for the agenda of the UN Secretary General Antonio Guterres, which is aimed at reinforcing, especially through ad hoc reforms, the Organisation’s effectiveness in peacekeeping and in conflict prevention and mediation as well as his efforts to make the United Nations better suited to tackle current threats and the multifarious challenges to peace and security. 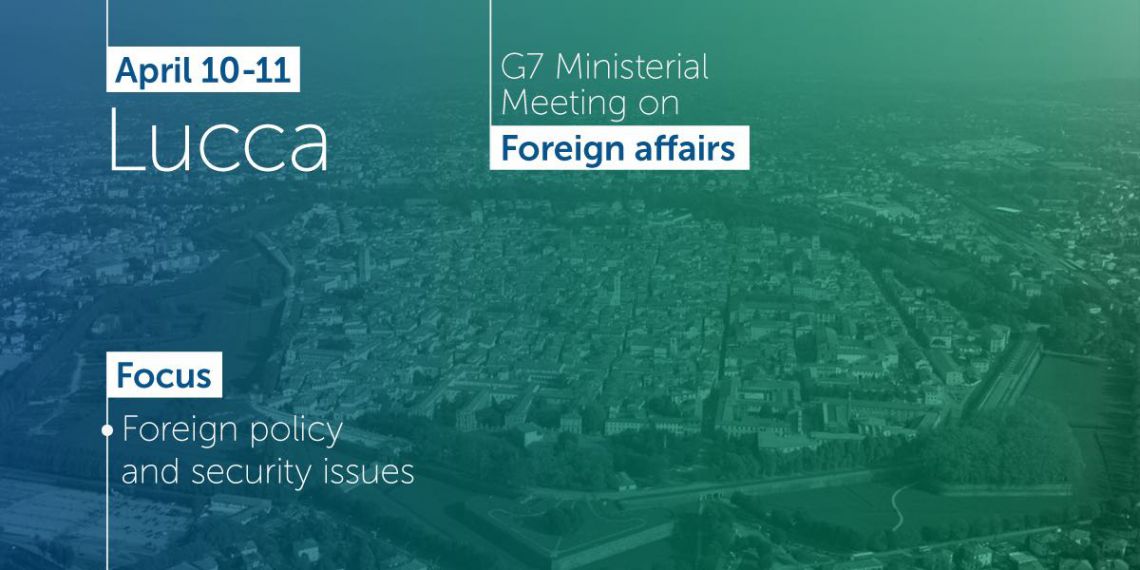