The Minister of Foreign Affairs and International Cooperation, Angelino Alfano, today received at the Farnesina David Harris, the Executive Director of the American Jewish Committee.

During the cordial talks, Minister Alfano reaffirmed to his interlocutor Italy’s sound bonds of friendship with the Jewish world, with the U.S.A. and with Israel, confirming the Country’s commitment to combat anti-Semitism, as was shown, among other things, by its offer to host an international conference on the issue in Rome.

Minister Alfano also had a deep-reaching exchange of opinions on the Israeli-Palestinian issue, underscoring that: “The recent G7 Ministerial meeting confirmed that the objective of a just and lasting peace in the Middle East is among the top priorities on the international agenda.” He went on to say that he was “confident that the upcoming Taormina Summit will succeed in expressing a shared vision of the two-State solution.”

The Minister also expressed concern for the growing tension in the region involving Israel, from the situation in the Sinai to Hamas and Hezbollah, affirming that “they must be closely monitored”.

In respect to the agreement on Iran’s nuclear programme, Alfano said that it “can favour regional and international security and encourage mutual trust between the parties involved,” while recalling the facilitating role played by Italy within the UN Security Council “with its commitment to foster an easy and constructive communication between the major players.”

In taking leave from his guest, Mr Alfano assured him: “Italy will persist in its commitment at international level, in close coordination with its partners and civil society organisations, to enhance the protection of liberties and religion,” while illustrating to Director Harris the Italian bill to award the medal of honour that is currently under the scrutiny of Parliament. 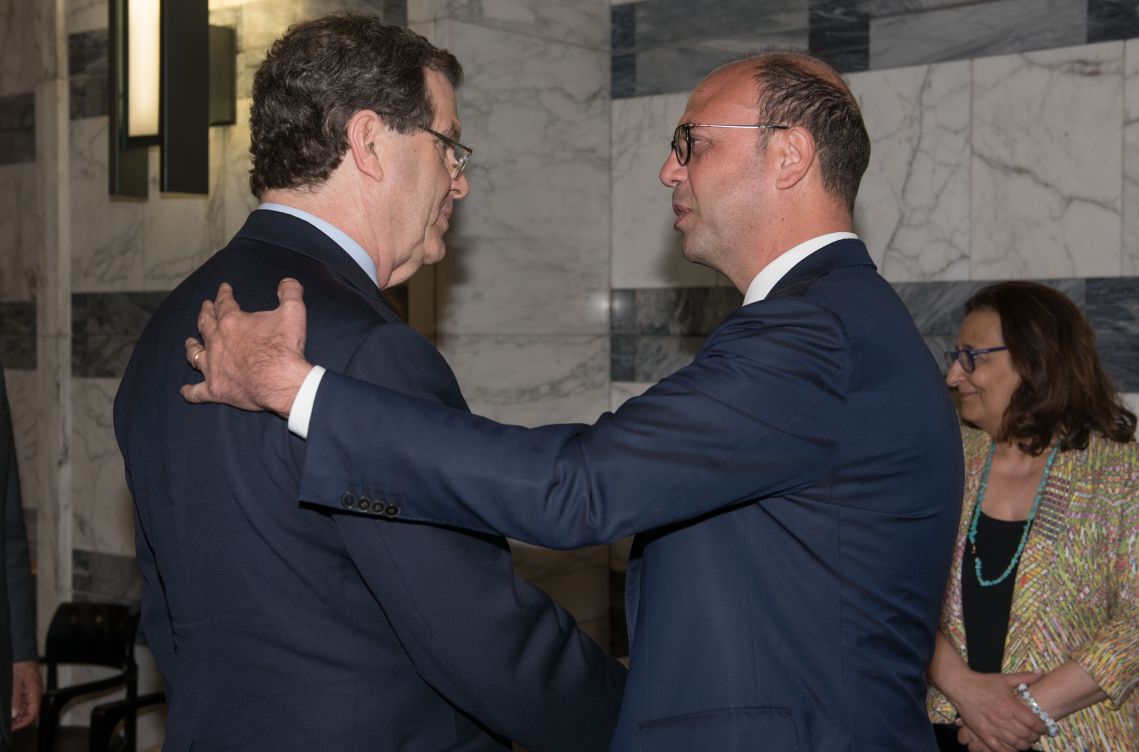