The India-Italy Technology Summit 2018 kicks off in New Delhi

The Technology Summit, now at its 24th edition, is now underway in New Delhi (29-30 0ctober). The Summit is organised by the Confederation of Indian Industry – CII, in cooperation with the Indian Ministry of Science and Technology and, on the part of Italy – Country Partner for this edition – by the Ministry of Foreign Affairs and International Cooperation, the Ministry of Economic Development, the Ministry of Education, University and Research, the Italian trade agency ICE and Confindustria. The Italian delegation comprises approximately 60 firms, 6 Trade Associations, internationally known scientists and representatives from the world of academia and research centres.

The Il Tech Summit, the highlight event co-developed and organised by Italy and India, falls in the year celebrating the 70th Anniversary of their diplomatic relations (1948-2018) and offers the opportunity to enhance the chances for scientific and industrial cooperation between the two Countries. The event features the participation of the members of the Italian delegation in workshops and round tables, “tech talks” by speakers of international renown, sessions with company presentations and business encounters, for a total of 500 scheduled meetings.

Led by Prime Minister Conte, the Italian delegation is also accompanied by the Undersecretary for Economic Development, Michele Geraci, who will speak in the Summit’s Opening Session alongside the Indian Minister of Science and Technology, Dr Harsh Vardhan. The speakers scheduled to speak at the Plenary Session are the Director General of the ICE Agency, Piergiorgio Borgogelli, the Director General for Economic and Cultural Promotion and Innovation of the Ministry of Foreign Affairs and International Cooperation (MAECI), Minister Plenipotentiary Vincenzo De Luca, and the Vice President of Confindustria, Giulio Pedrollo.

The Director General of ICE Borgogelli pointed out that “total Italy-India trade volumes are on a constant uptrend; they were worth 8.7 billion euros in 2017 and the figures relative to the first semester of 2018 confirm this growth trend, with trade already exceeding 4.8 billion euros, up 5.5% compared to the same period of the previous year, and with Italian exports rising by 15.3% “.

The Director General of MAECI, Vincenzo De Luca, recalled the very high level of Italy’s scientific sector and underscored the effectiveness of an integrated promotion not only of the entrepreneurship dimension but also of technological innovation and the cultural lodestar, exactly as in the Tech Summit, which sees the scientific component working alongside the business sector in a mission to systemically promote Italy Inc.

The Vice President of Confindustria, Giulio Pedrollo, recalled that «the Technology Summit is part of a series of initiatives promoted by Italy and India in the past few years to relaunch bilateral economic cooperation and represents an important chance to present Italy as a preferential partner for Indian advanced industries. » Daniele Finocchiaro, President of the Research and Development Task Force of Confindustria emphasised that « in the focus sectors of the Technology Summit, Italy boasts points of excellence in both public and privateR&I. In actual fact, I am referring to some of the sectors outlined in Italy’s Smart Specialisation Strategy. »

In the course of the two-day event, two travelling exhibitions will be opened at the Italian Embassy in New Delhi. The exhibition entitled “Italy. The Beauty of Knowledge”, which was brought to India for the Summit from Alexandria in Egypt is an interactive experience that combines virtual and physical elements to illustrate the dynamic and creative traits of Italian Innovation in the area of Health, the Environment, Space, Food and Nutrition, and Cultural Heritage. It is promoted and financed by the MAECI under the supervision of the CNR and with the contribution of four Italian Science Museums: Fondazione Idis-Città della Scienza, Museo Galileo, and Museo delle Scienze – Muse, Museo Nazionale Scienza e Tecnologia Leonardo da Vinci.

In “Extraordinary Visions. Italy”, the exhibition organised by the MAXXI Museum and promoted by the Ministry of Economic Development with a key contribution from the Italian Development Finance Institution SIMEST, 20 Italian photographers of international renown will display 100 shots/works and a masterpiece by artist Alighiero Boetti at the Italian Cultural Institute in New Delhi from 30 October 2018 to 13 January 2019. The exhibition complements with images of extraordinary strength and beauty Italy’s art and culture diplomacy in India and its general advocacy of Brand Italy, which has always been the Museum’s primary focus. 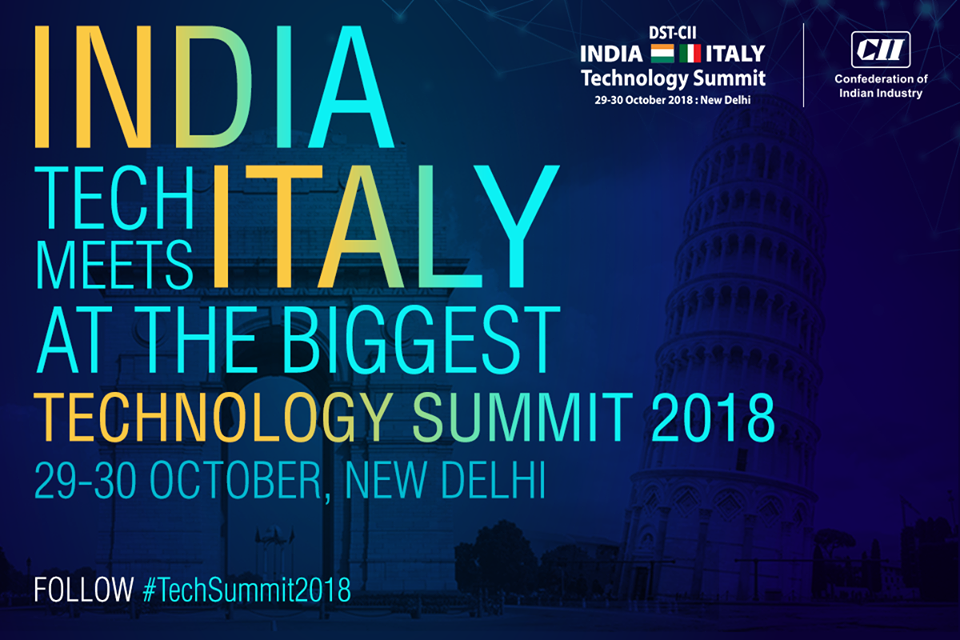 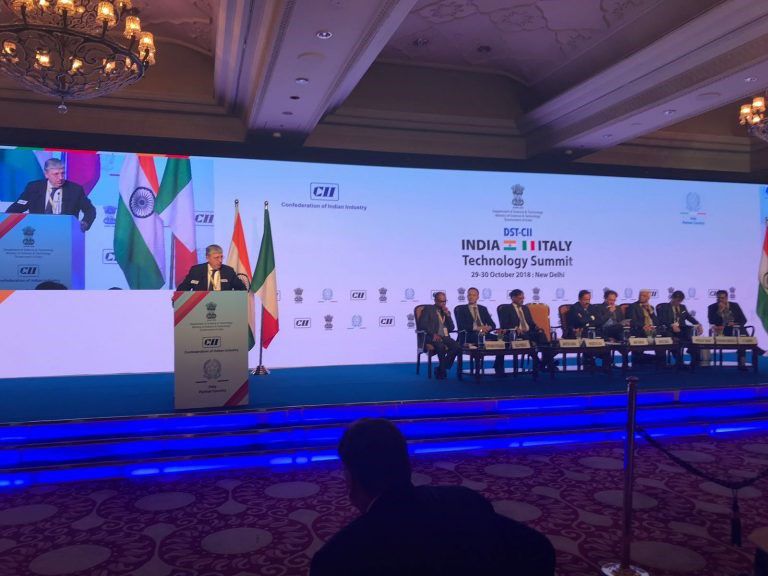