Bangkok kicks off the Italian Festival

Bangkok kicked off the 14th edition of the Italian Festival in Thailand, the cycle of integrated promotion cultural events organised by the Italian Embassy. The Festival began with a jazz concert by the Gianluca Petrella & Pasquale Mirra duo and will wind up in December with flute player Gianni Biocotino. Between the two, there will be 30 events dedicated to music, archaeology, design, literature, art and the cinema.

A particular focus will be dedicated to the celebrations for the 500th anniversary of the death of Leonardo da Vinci, with exhibitions, lectures and documentaries. A multimedia exhibition on the Italian Renaissance will be on show from August to October in which, thanks to high-definition images and sound effects, the visitors will be able to get a close-up look at the masterpieces of Leonardo, Michelangelo and Raphael through an all-around emotional experience.

Some of the artists scheduled in the programme include internationally known jazz and classical music performers of the calibre of Stefano Bollani and Francesca Dego, who will perform with the Thailand Philharmonic Orchestra conducted by Alfonso Scarano, in addition to the Marsico Trio, Susanna Stivali and many more. This year too, the events include a performance dedicated to baroque music and a concert by the Thai-Italian Youth Orchestra, which was founded in 2018.

The festival will also include thematic events promoted by the Foreign Ministry, like Fare Cinema, which is scheduled to open on 16 May at Bangkok’s La Scala cinema theatre, the Week of Italian language in October, with two theatre performances dedicated to Pinocchio and the Decameron, and the Week of Italian Cuisine in the World in November. 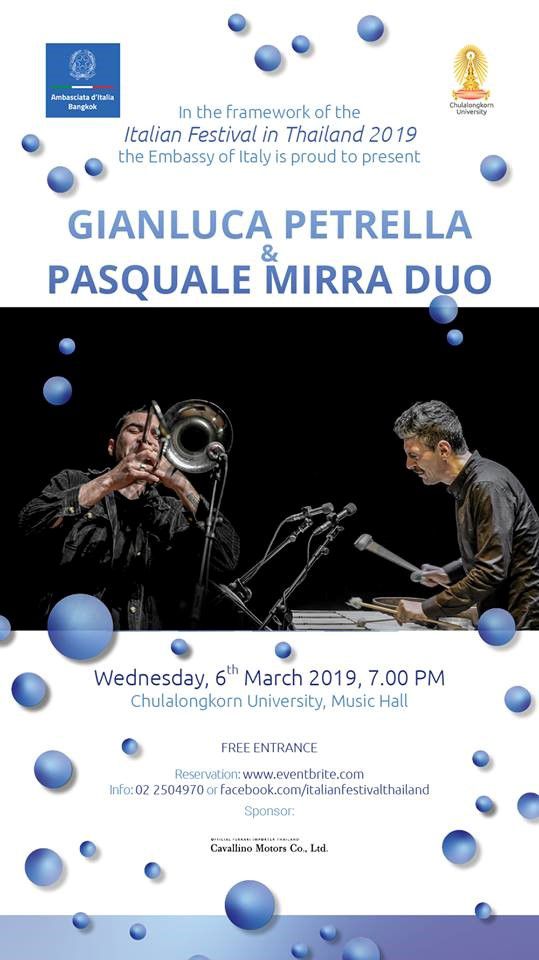