The cycle Design in pigiama is a story of Italian design conceived by Chiara Alessi, journalist and professor at the Polytechnic University of Milan, during the weeks of Italian lockdown. In Brazil, the initiative is organised by Consulate General of Italy in São Paulo, the Italian Cultural Institute in São Paulo and the Istituto Europeo di Design (IED), and brings to the homes of curious and enthusiastic people the history of Italian design told through some of her most emblematic objects. 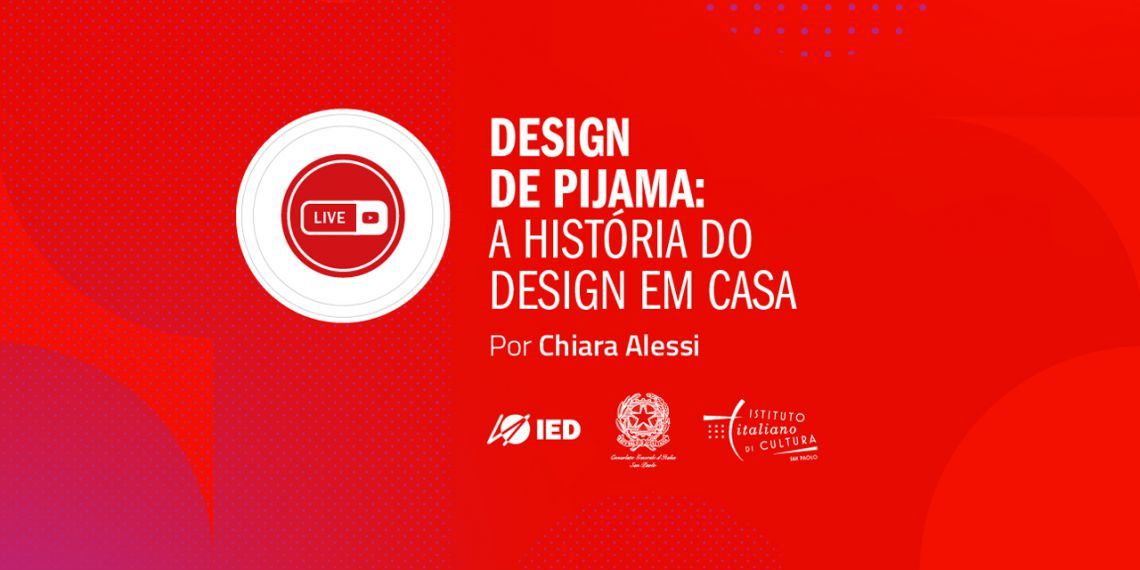 During the month of August, the Design in pigiama cycle will tell the story of twenty iconic objects through twenty mini-videos that will be published on the social media of the Consulate General, the Italian Cultural Institute and the IED of São Paulo, making it possible to rediscover the beauty of design objects that were – and are – part of everyone’s daily life.

The Design in pigiama cycle will start on August 6th at 5:30 pm São Paulo time (10:30 pm Rome time), with a live broadcast on the IED YouTube channel between Consul General Filippo La Rosa, Director of the Italian Cultural Institute Michele Gialdroni and Academic Director of IED Brasil Stefano Carta Vasconcellos, as well as a brief contribution by Chiara Alessi and the exhibition of the first three videos of the series dedicated to the Vespa, the Moka and the Campari bottle.

The other seventeen videos, dedicated to objects that are part of the history of design and the imagination of Italians, will be published on social media at the Consulate General of Italy in São Paulo, the Italian Cultural Institute of São Paulo and the IED until August 20th, when the cycle will be closed with a meeting in which the lesser known design objects and other peculiarities of Italian design will be discussed. Participants will be announced shortly.

To receive the link to the live broadcast of the meetings, simply register here. 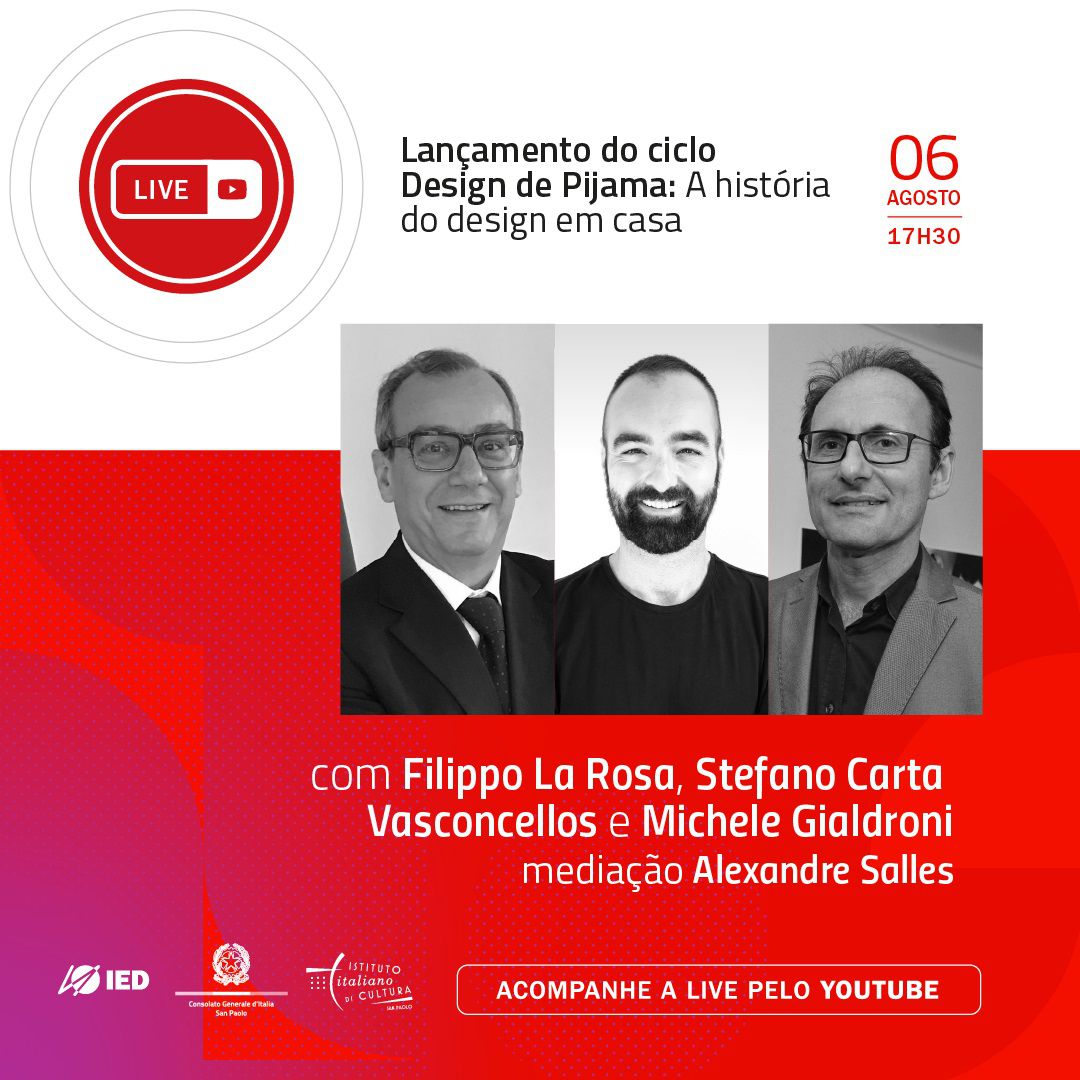 Chiara Alessi (Verbania, 1981) is a journalist and essayist in the field of design. She collaborates with some of the main Italian magazines in the field, such as Domus, Interni, Icon and Klat, as well as other newspapers. Author of a series of provocative books on design, including “Dopo gli anni Zero. Il nuovo design italiano” (Edizioni Laterza, 2014) and “Design senza Designer” (Edizioni Laterza, 2016), she published in 2018 the essay “Le Caffettiere dei miei Bisnonni”, for the publishing house UTET. She is currently a professor at the Polytechnic University of Milan.