He has been a career diplomat since 1989 and has been given several assignments at the Foreign Ministry and at the diplomatic representations in Khartoum, Tunis, Paris (at the permanent Representation at the OECD) and in Shanghai. He has a long-standing expertise in the internationalisation of the economic system of the public and private sector, both in Central Offices, in the capacity of Diplomatic Advisor of the Ministries of Industry, Transports and Economic Development, and in large corporations like ENI and ENEL, where he served as Vice President for Institutional International Relations. During the past few years, he played a relevant role in the organisation of the EXPO Milano 2015 as President of the Foreign Ministry’s Task Force, capitalising on his experience as Consul General in Shanghai.

Directorate General for the Promotion of the Italian Economic System

The Directorate General for the Promotion of the Italian Economic System (DGSP - Direzione Generale per la Promozione del Sistema Paese) is responsible for the coherent and unitary promotion of several components of the Italian Economic System (economy, language and culture, science and technology), including the activities of Regional authorities and of other autonomous local authorities.

The Directorate assures support to the country’s production system, research, university network and the activities of the Regional authorities and of other autonomous local authorities; collaborates with public and private players in promoting initiatives to attract foreign investments; promotes the Italian language, culture and scientific research abroad, also through the network of Italian Cultural Institutes, Italian schools abroad and scientific attachés, and manages the funds allocated to Italian archaeological missions around the world. It also coordinates the position of Italy in multi-lateral cultural cooperation and manages the valuable artistic heritage of the Palazzo della Farnesina Art Collection. 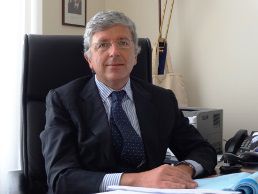