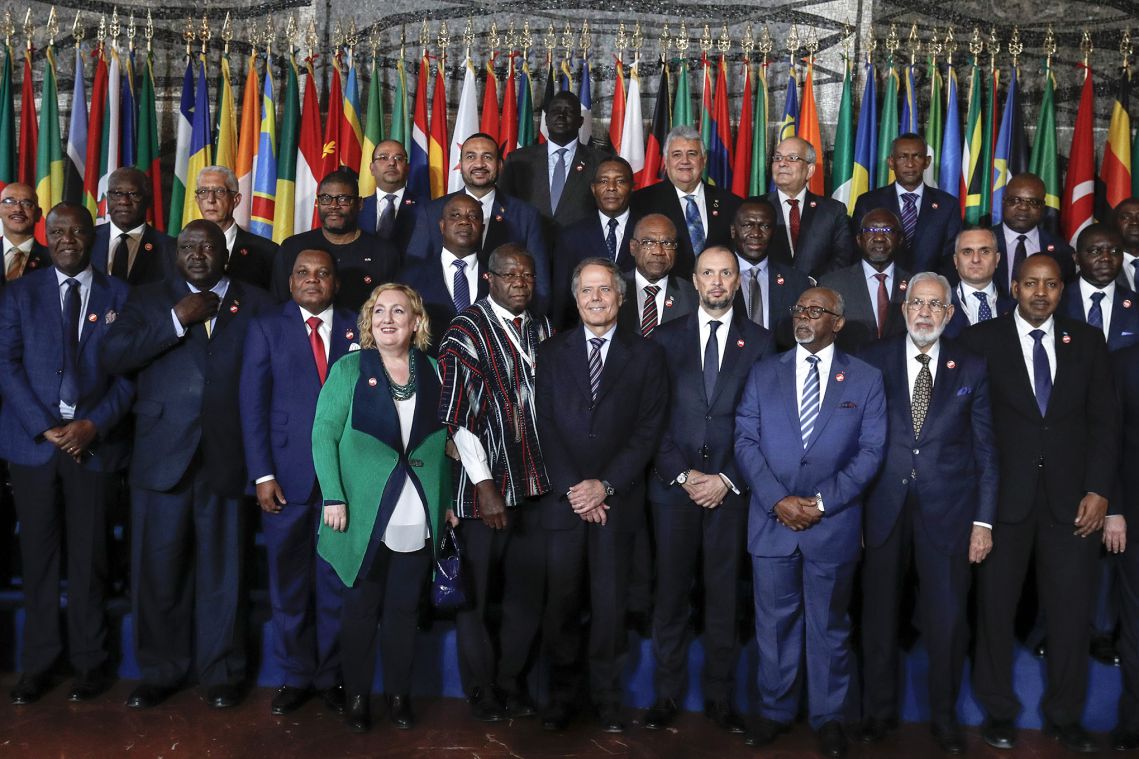 The Italy-Africa Conference being held today at the Farnesina involves 54 African Countries, mostly represented at ministerial level, and 13 International Organizations, including the African Union, for a total of 350 delegates. It is a big event that, in the words of the Minister of Foreign Affairs and International Cooperation, Enzo Moavero Milanesi, “represents the biggest opportunity for a structured dialogue between Italy and African States, which are witnessing very steep population and economic growth. It is a particularly significant opportunity that highlights Italy’s commitment and the excellent response received. On our part, we are strongly determined to tackle the issues and opportunities offered by our traditional age-old friendship and evident geopolitical ties in a relationship genuinely based on cooperation and a fruitful mutual exchange. The Rome event represents a significant indicator of the common wish, on the part of Africa and of Italy, to be leading players on the dynamic contemporary scenarios in a growingly competitive globalised world.”

As proof of the primary importance that Italy attributes to its relationship with Africa, the Conference hosted at the Farnesina will open with remarks by the President of the Republic, Sergio Mattarella, and close with remarks by Prime Minister Giuseppe Conte.

Based on the awareness that the fate of Africa and Europe are and always have been tightly interconnected, the aim of the Conference is to find shared solutions to the biggest challenges in the area of peace, freedoms, democracy and security, and to single out common paths towards growth, especially by involving qualified Italian players from the world of industry and business, academia and non-governmental organizations.

The Conference focuses special attention on the extremely positive developments under way in the so-called Horn of Africa following the peace agreement between Ethiopia and Eritrea, to which Italy intends to assure its utmost support, as testified by the working meeting between Minister Moavero and the Foreign Ministers of Ethiopia and Eritrea, organised at the beginning of October on the sidelines of the United Nations General Assembly and followed up by the recent visit by the Italian Prime Minister.

More generally, the extraordinary state of ferment of the African continent is particularly striking: an authentic festival of democracy to be celebrated between the end of 2018 and the beginning of 2019, with up to 31 elections on schedule. This situation was unimaginable only a decade ago. Unfortunately, however, these comforting results continue to go hand-in-hand with conflicts and economic crises which are trying to be overcome. Both in the upturns and downturns, the Italian Government confirms its commitment to stand by its African friends. Its commitment is tangible and it is sufficient to mention Italy’s participation in the principal UN and EU-led peace-keeping missions (13) in Africa, its intense local institution-building activities, its struggle against violent extremism and illicit trafficking, and its specific action to foster the stabilisation of Libya and the current political process based on the UN’s action plan.

Peace, liberty, security and equitable socio-economic development are the basic unalienable rights of all people and of all populations. Europe, which has succeeded to put an end to centuries of fratricidal wars through a decades-long integration process, must stand by Africa in its current phase of development. The two continents have patently complementary economic systems, offering many still untapped opportunities; let us not forget that African average annual growth rates are very high, around 5%.

The Conference at the Farnesina thus aims to make an in-depth analysis of the economic cooperation and investment perspectives (Italy is already among the major investors in Africa). Moreover, our Country and our university and research systems are interested and willing to identify and expand areas of cooperation with counterpart African institutions in the field of training and education. Lastly, focus must also be placed on the area of cultural exchange, especially in view of Italy’s great vocation and singular experience and the huge and fascinating variety of the millennia-old African cultures and their current-day vivacity. From all these considerable opportunities, we are confident that, with the necessary foresight, we will be able to draw positive stimuli for the youth of Africa and Italy. Such an approach should also benefit the necessary search for adequate solutions to better manage migration flows and combat all types of illicit trafficking.

The Foreign Ministry’s Italy-Africa Conference, repeats Minister Moavero, “represents a valuable and unique opportunity to get to know each other better, talk to each other and listen to each other’s point of view and real needs on the issues that link us now and might connect us in the future. It is precisely in this perspective that Italy also considers it essential that the European Union guarantee a greater and more effective provision of financial resources to the next EU Multiannual Financial Framework. On the part of Italy, we are thoroughly motivated to act in this sense at the negotiations in Brussels and, among other things, support the introduction of new and genuinely autonomous sources of revenue for the Union’s budget.” 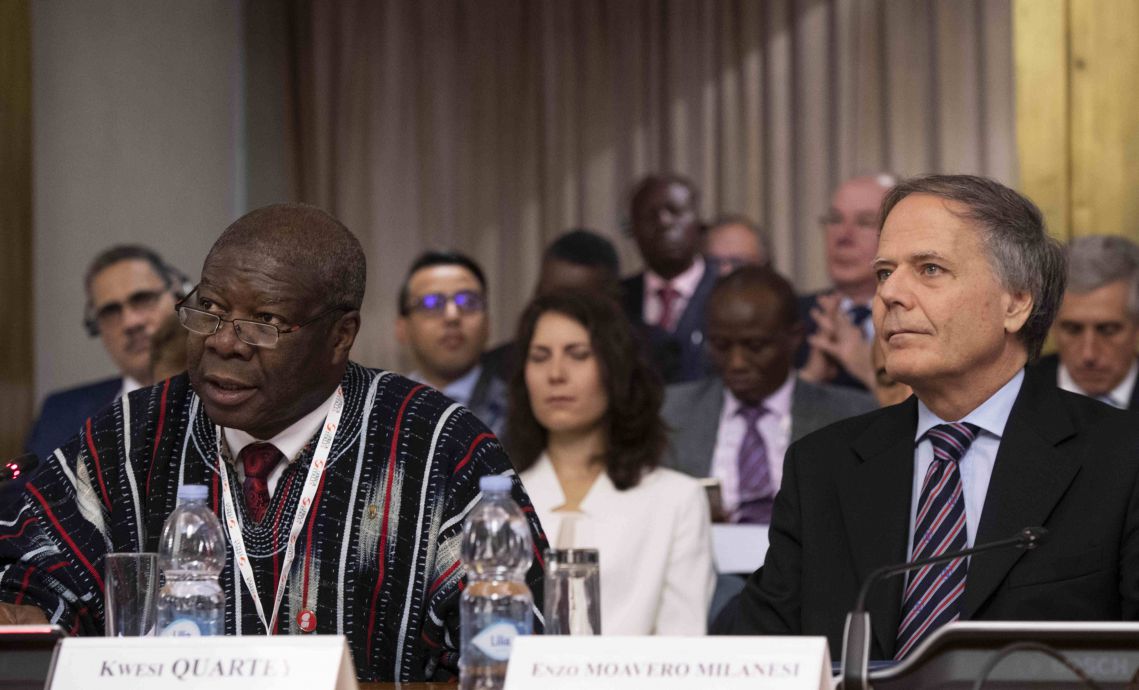 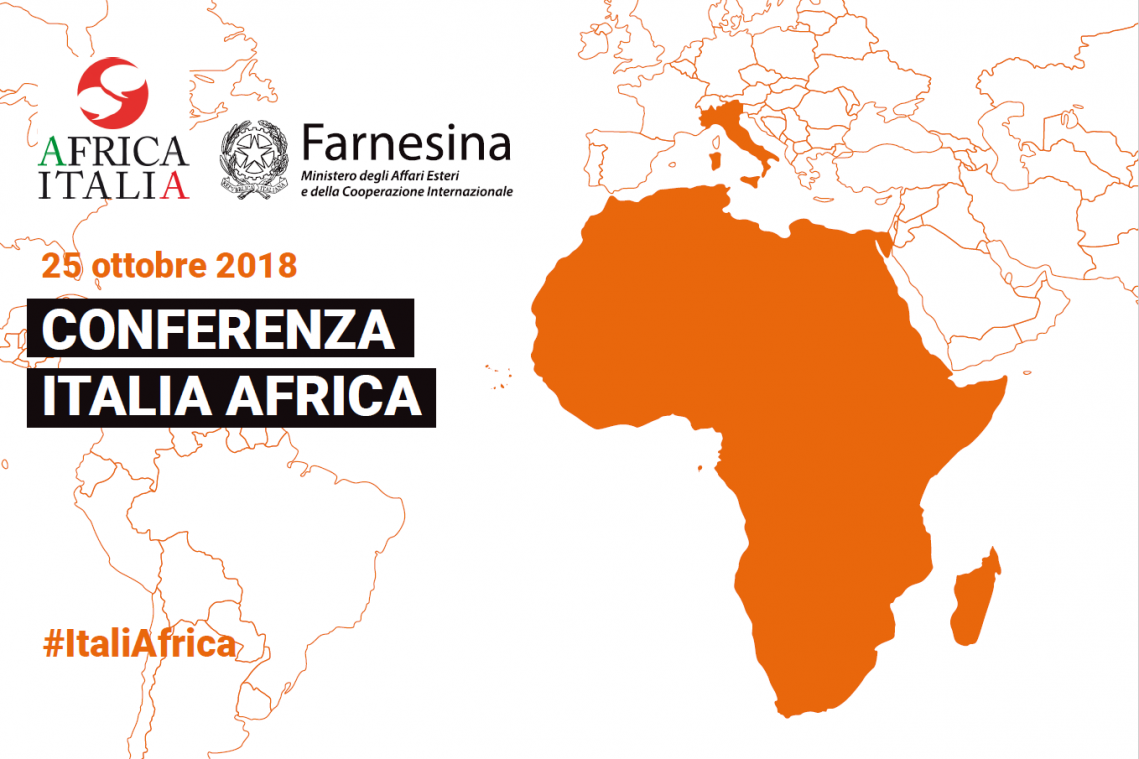