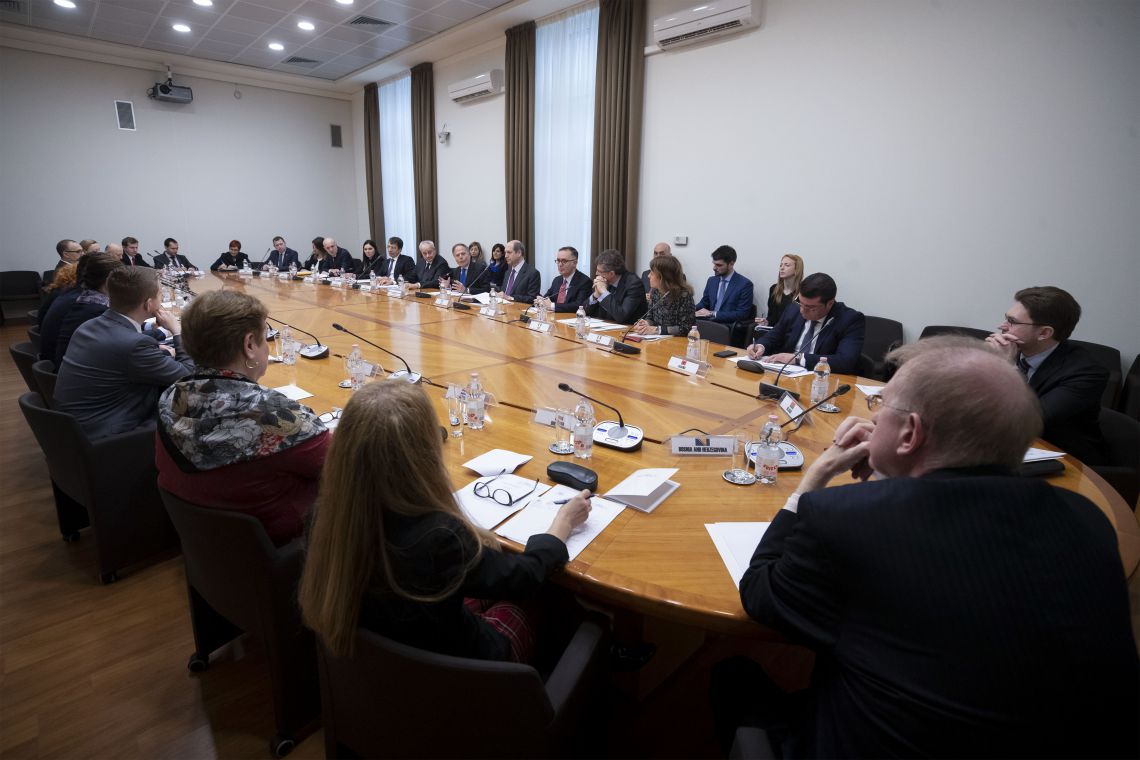 On 1 January 2019, Italy took over the rotating Presidency of theCentral European Initiative (CEI), 18 years after the last CEI Italian Presidency and on the eve of the 30th anniversary of the CEI institution.

The CEI is the oldest and most articulated regional organization operating in Central and South-Eastern Europe. Originally established under the name of "Quadrangular" on 11 November 1989 in Budapest - in the framework of political dialogue between Italy, Austria, Hungary and Yugoslavia - the Initiative was renamed "Pentagonal", following the accession of Czechoslovakia in 1990, and "Hexagonal" with Poland entering the regional forum in 1991. In 1992, the CEI took its current denomination.

Today the CEI is an intergovernmental forum of regional cooperation counting 17 Member States: nine EU members (Bulgaria, Croatia, Czech Republic, Hungary, Italy, Poland, Romania, Slovakia, and Slovenia), five countries included in the future EU enlargement perspectives (Albania, Bosnia-Herzegovina, Montenegro, North Macedonia, and Serbia), and three beneficiaries of EU neighbourhood policies (Belarus, Moldova and Ukraine). The non-EU Member States of the CEI look at the Central European Initiative as a strong anchorage to their EU perspective and as a significant opportunity to advance on the acquisition of EU standards. Indeed, the capacity to engage in regional cooperation is one of the priority criteria considered by the European Commission to evaluate the progress of a Country along the path of European integration. Furthermore, the Central European Initiative enjoys the status of observer at the United Nations General Assembly.

The Initiative is financed by contributions of its Member States, with Italy as the main donor, and operates through a Governmental Dimension, a Parliamentary Dimension and a Business Dimension:

-          The CEI Governmental Dimension finds expression into the Meeting of the CEI Ministers of Foreign Affairs, convened annually in springtime. The Presidency may also decide to convene a Summit of Heads of State and Government. The last CEI Summit was held in Zagreb, under the Croatian Presidency, on 4 December 2018. The CEI Committee of National Coordinators, meeting on a regular basis, is in charge of the ordinary management.

-          The CEI Business Dimension promotes the active participation of the private sector as an additional tool for regional cooperation.

The CEI has an Executive Secretariat, based in Trieste, and a liaison office in London that ensures regular contacts between the CEI and the European Bank for Reconstruction and Development (EBRD). The CEI and the EBRD enjoy a consolidated institutional cooperation, epitomized by the CEI Fund at the EBRD, established by the Italian Government in 1992 and, since then, financed with more than 47.5 million Euro. The fund mainly supports technical cooperation projects aimed at promoting the economic and social development of the CEI region (Technical Cooperation Programme), contributing so far to the mobilization of EBRD and other international investments for an overall value exceeding 6 billion Euro. The fund also supports the Know-How Exchange Programme, through which it has channelled since 2004 over 2.9 million Euro, promoting within CEI transfer of EU best practices and standards from EU members to non-EU ones.

The Executive Secretariat, moreover, directly manages the CEI Cooperation Fund, established in 2001 and funded by annual contributions of all Member States, which over the years has been financing more than 1000 projects in all sectors of the CEI activity with a total contribution amounting to 10 million Euro.

The project-oriented approach to regional cooperation is a traditional distinguishing feature of the CEI, combining support to regional cooperation initiatives through its own resources (CEI fund at the EBRD, Cooperation Fund) with direct management and participation to EU funded projects (through the CEI Unit for EU Projects, operating within the CEI Executive Secretariat).

The CEI currently participates to 16 different projects funded by the European Union, for an overall value of 32 million Euro (of which 3.2 million directly managed by the Executive Secretariat) in a number of sectors such as transport, culture, blue economy, social innovation, health, renewable energy, migration and civil protection.

The 2019CEI Italian Presidency pursues the goal of strengthening the CEI role as a unique intergovernmental forum, with a varied membership and an agile structure suitable for facilitating political dialogue on many different topics. Thanks to its dynamism, the CEI allows for a positive exchange of experiences and good practices among its Member States, supporting reforms and the regional and European integration of those aspiring to EU membership.

In the light of these premises, the Italian Presidency aims at highlighting the CEI role as a facilitator of political dialogue and an accelerator of reforms, both at the EU level and in the framework of multilateral international cooperation, starting with valuing the CEI observer status at the UN General Assembly.

In line with the objective of relaunching the CEI, the Italian Presidency intends to strengthen regional dialogue and cooperation, among others, in the fields of connectivity, culture, scientific diplomacy, fight against corruption, and valorising diversity, with a specific focus on enhancing the local dimension.

For further information on the Central European Initiative and its activities:

Office for the CEI Fund at the EBRD