Italy’s more than 60 years in the United Nations

Italy’s more than 60 years in the United Nations

On 14 December 1955, Italy signed the United Nations Charter, thus becoming a member of the Organization.

This was the start of the long-standing endorsement, support and impulse given to the UN’s activities consistently with the multilateralist approach that characterises Italy’s foreign policy.

More than sixty years later, Italy takes part in the United Nations activities with an ever-growing commitment, contributing to the achievement of the Charter’s objectives, which span from assuring international security and peacekeeping, to promoting and defending human rights and sustainable development. 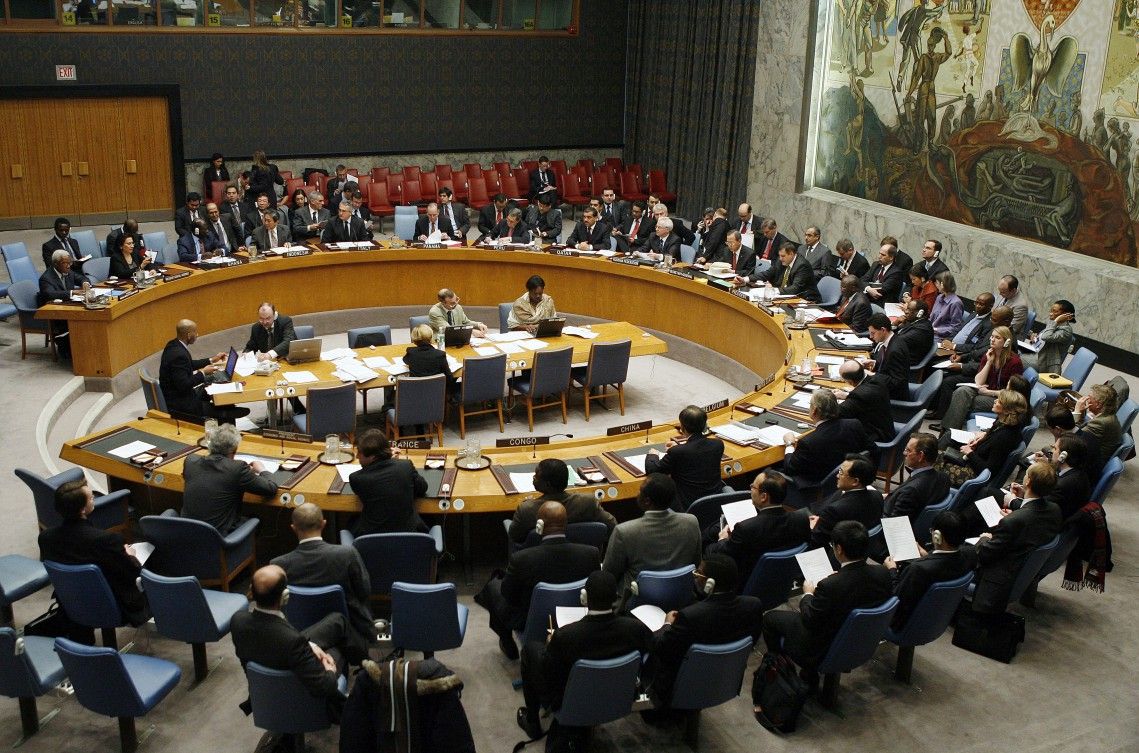 During these six decades, Italy has staunchly contributed to elaborating the General Assembly and Security Council Resolutions that have greatly innovated international regulations. The campaigns in favour of the moratorium on the death penalty, promoting gender equality and the rights of women and girls (also by combating practices such as female genital mutilations and early and forced marriages), the struggle against all forms of religious discrimination and in favour of the freedom of opinion are some of the themes that have found in Italy one of its major advocates.

Thanks to Italy’s unrelenting mediating effort, with the passing of years, it has been possible to smooth out different positions between Countries, bringing their respective visions nearer and thus widening the consensus on many issues. 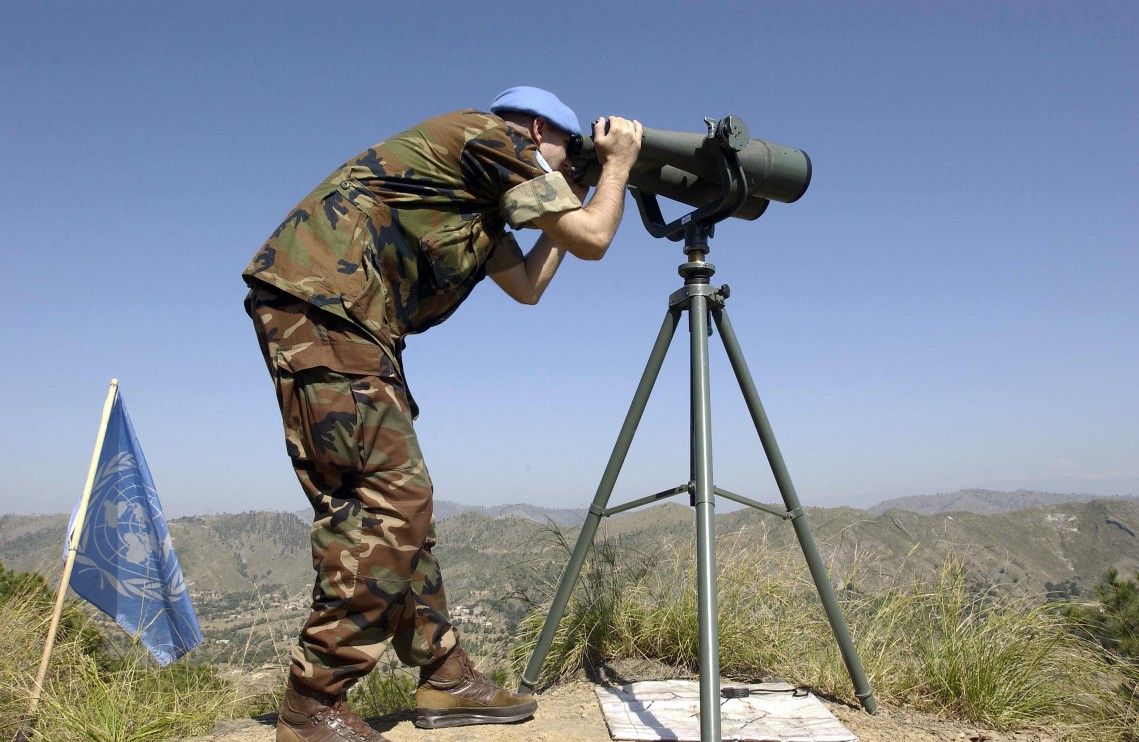 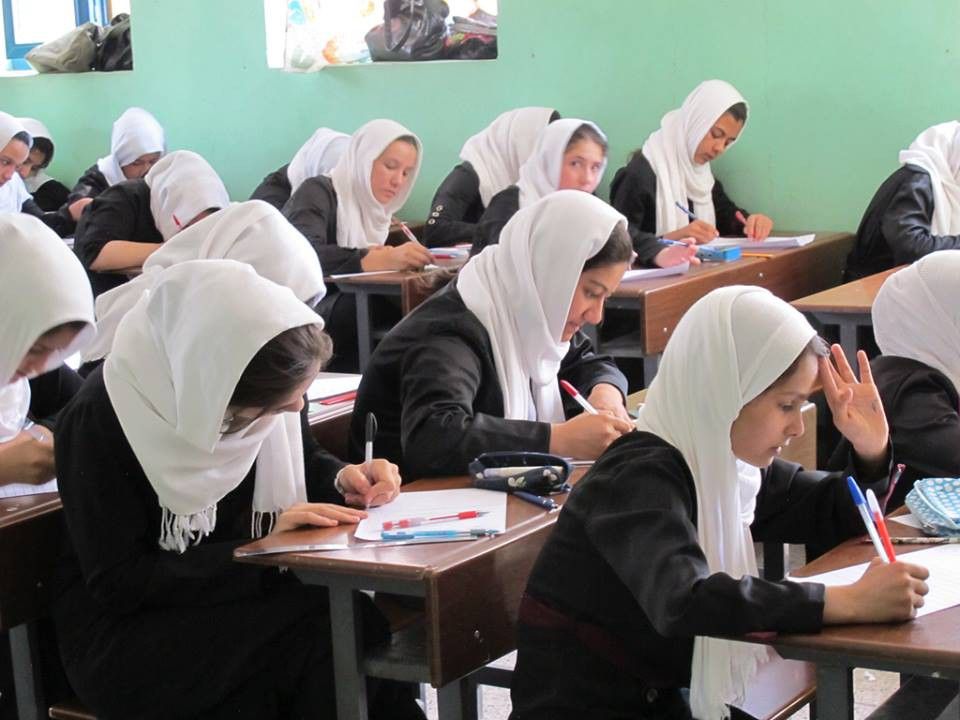 The female students of the “School for Peace” created by Father Giuseppe Moretti in the Tangi Kalay village, north of Kabul – The symbol of a changing Afghanistan

Italy has also directly shared collective security responsibilities, having sat seven times on the Security Council as a non-permanent and participating in about 30 peacekeeping missions of the United Nations.

Italy is the 7th largest financial contributor to peacekeeping missions

Italy is the 7th largest financial contributor to peacekeeping missions and is leader among Western Countries in the contribution of troops. In particular, Italy has been participating in the UNIFIL mission in Southern Lebanon. 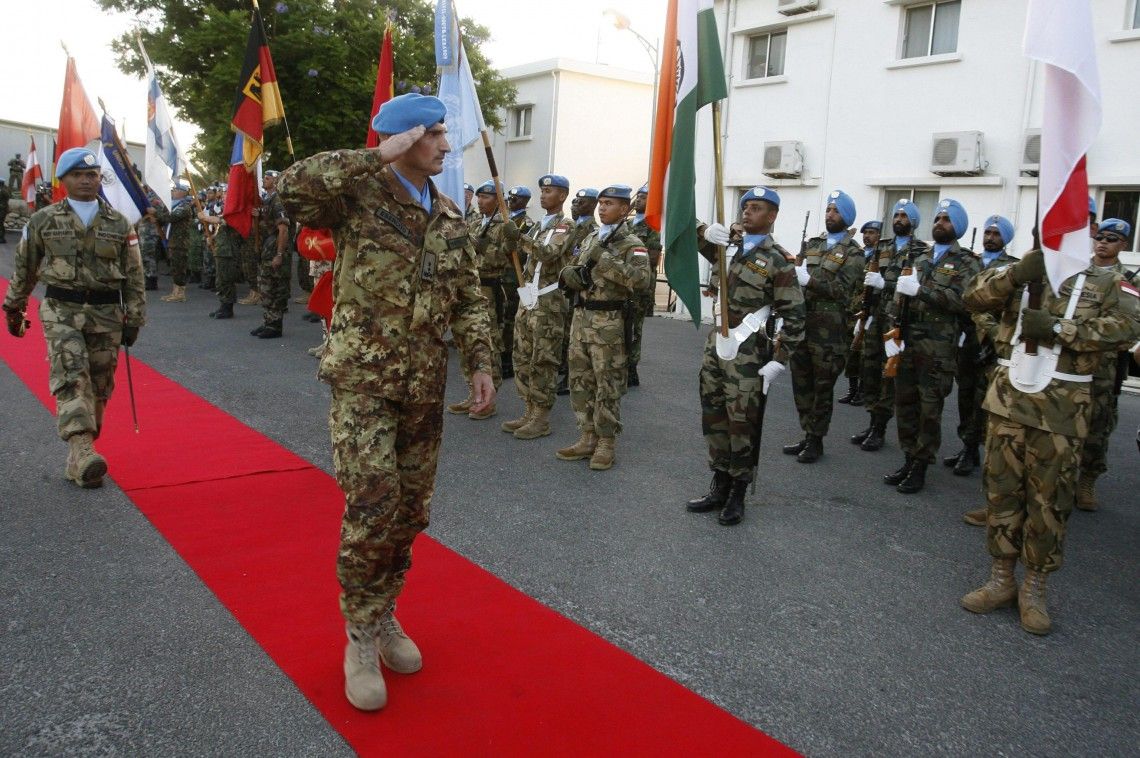 General Portolano during the ceremony for the handover
of the Unifil mission command (Naqoura, the Lebanon, January 2012) 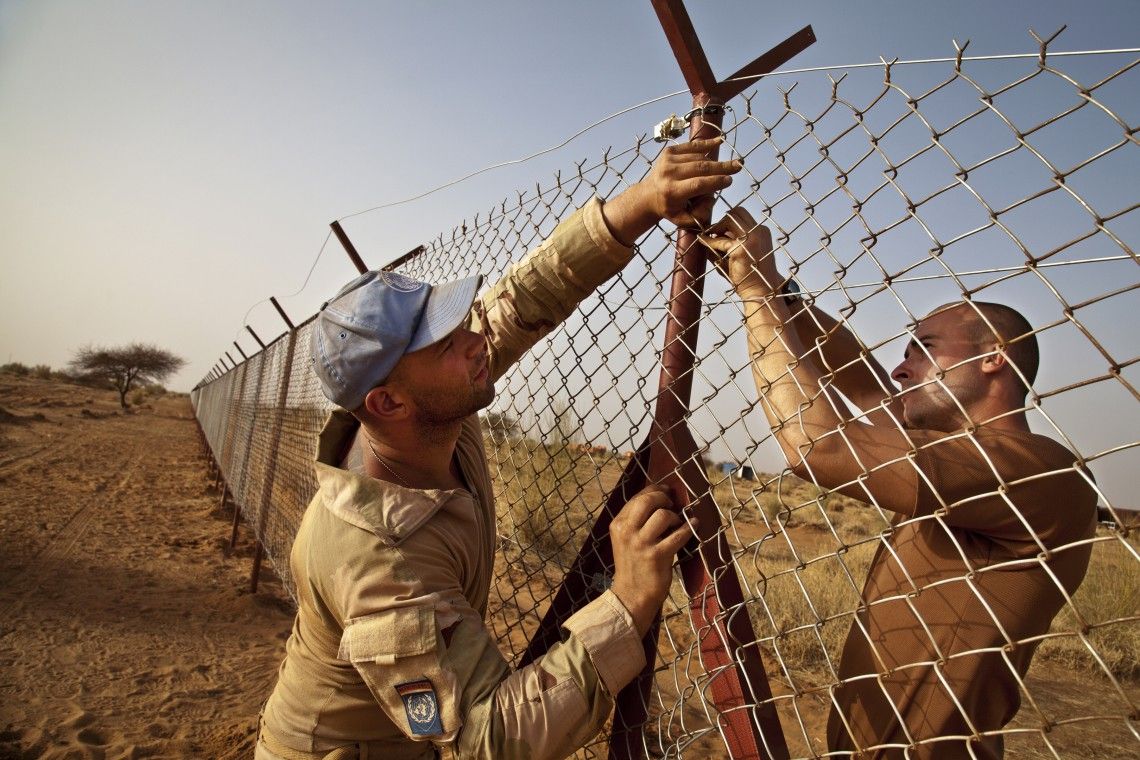 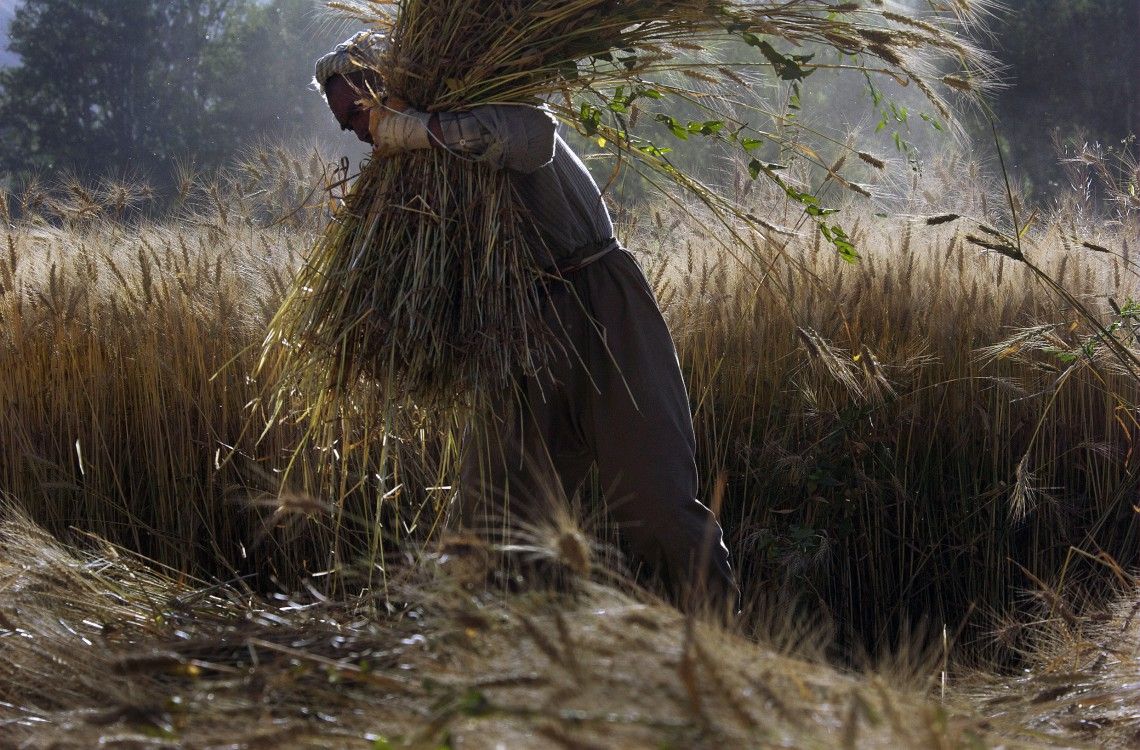 Italy and the future of the United Nations

From 1955 to date, the world has made extraordinary progress but more than 60 years later and after more than 70 years of activity, it is now necessary to look at the future. Italy in fact supports the plan to reform the Organization promoted by Secretary General António Guterres envisaging the review of peacekeeping operations, reorganising the departments dedicated to peacebuilding, and reforming the United Nations’ management architecture and development system. All this is seen as a tribute to the philosophy that promotes the effectiveness of a multisectoral crisis prevention approach. Italy is also engaged in the implementation of the new 2030 Agenda for Sustainable Development which represents an ambitious plan to eliminate poverty and promote economic prosperity, social development and the protection of the environment worldwide. Our contribution to sustainable growth is also the core activity of the team of the three Rome-based UN food and agriculture Agencies (IFAD, FAO, WFP) and was concretely put into practice at the EXPO2015 (Milan, May 1- October 31, 2015), an event dedicated to food security and nutrition through which Italy championed a vision based on the transition from the concept of “aid” to that of “cooperation between peers”, based on the sharing of resources, capacities and development experiences.” 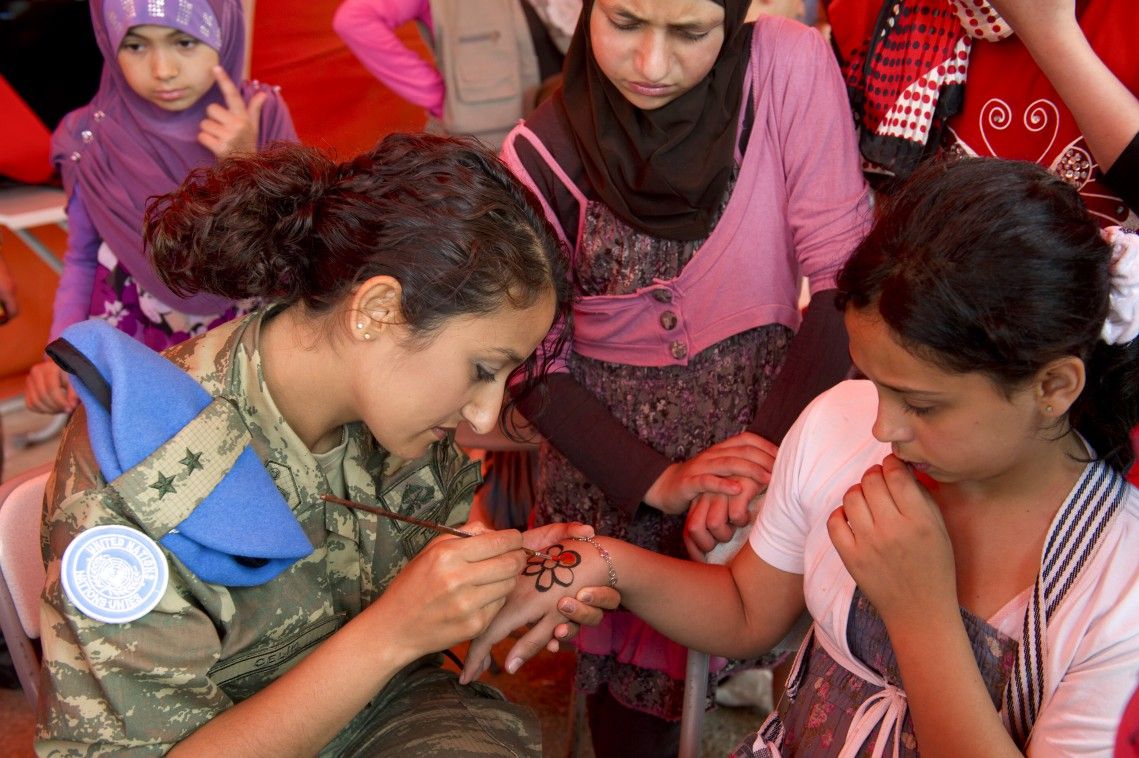 On January 1, 2017, Portuguese-born António Guterres was sworn into office as Secretary General of the United Nations, succeeding South Korea’s Ban Ki-Moon.  After being Portuguese Prime Minister from 1995 to 2002, he was subsequently appointed UN High Commissioner for Refugees from 2005 to 2015.

Since the first few months of his term in office, the Secretary General has promoted a project to comprehensively reform the United Nations system in order to make it more efficient, effective and transparent. The reform plan promoted by Guterres is mainly aimed at making the Organization more flexible and “fit for purpose”, by reducing red tape, simplifying procedures and decentralising decision-making. In the very words of the Secretary General: “Our shared objective is a 21st century UN focused more on people and less on process, more on delivery and less on bureaucracy.” The principal innovations contained in the reform project is the Secretary General’s greater involvement in the political and security dossiers through closer cooperation with the Security Council and promoting a holistic approach to international security challenges, in consideration of the indissoluble link between peace, security, human rights and sustainable development. Testifying to the fact that the reorganization of the UN system was among the priorities of his mandate, Guterres outlined the highlights of the project already in his acceptance speech.

The phase for implementing the provisions adopted in the current and in the previous Sessions of the General Aseembly is now starting.

With regards to the reform of the “peace and security” pillar, the biggest innovations concern the peacekeeping operations and the reorganisatio of the Departments that constitute the “peace and security architecture”. The emerging threats to international peace and security impose to the United Nations the need to act more effectively to prevent and resolve crises. Therefore, the Secretary General has decided to give priority to prevention and to the political and strategic analysis aspect in outlining the mandate for peacekeeping operations. The aim is to significantly reduce the need for the Organization to act through large-scale peacekeeping and humanitarian operations and instead favour prevention through high-profile political actions. From a merely organizational point of view, it was firstly noted that the Department of Political Affairs (DPA) and the Department of Peacekeeping Operations (DPKO) operate through a “compartmentalised” approach. Hence the Secretary General’s reform agenda envisages to reorganise these Departments into the Department of Peace Operations (DPO) and into the Department of Political and Peacebuilding Affairs (DPPA), which will merge the present political responsibilities of the DPA with those of the Peace Building Support Office (PBSO). This reorganization is aimed at assuring a “holistic” approach to conflict prevention and peacekeeping actions by promoting cooperation and coordination not only between departments but also between the Organization’s different decision-making centres. In line with putting the emphasis on the Organization’s conflict prevention activities, the DPPA would also be assigned the task of providing support to the SG in his intention to favour greater reliance on diplomacy and a more effective use of the Secretary General’s good offices and mediation role. Furthermore, the two renewed Departments are to be coordinated by a Standing Principals’ Group entrusted with the task of assuring coherence between their actions.

The second pillar of the SG’s reform agenda concerns the United Nations development system. The ambitious reorganization project is made necessary in order to favour the concrete implementation of the 2030 Agenda for Sustainable Development, thus accelerating the transition of the UN development system from the Millennium Development Goals (MDGs) to the Sustainable Development Goals (SDGs). This is aimed at enabling the Organization to provide adequate advice and assistance to the Governments and partners called upon to implement the 2030 Agenda. One of the major innovations outlined by the SG in several reports submitted to the General Assembly is the creation of a “new generation of UN Country Teams” (the expression refers to the whole network of UN agencies operating in a given Country) which are to be better skilled, with a geographically optimised presence over the territory and have more responsibilities. The reform also envisages the review of the system of UN Resident Coordinators (the Resident Coordinator is a UN official entrusted with the task of coordinating the activities of United Nations organizations and agencies in charge of the operational activities to favour the development of a given Country, managing the UN Country Teams and representing the Secretary General in development actions) with a view to boosting his/her powers, independence and impartiality. In order to promptly implement the reform of the UN development system, Secretary General Guterres has assigned Deputy Secretary General Amina Mohammed the task of supervising the implementation process.

Lastly, the third pillar in Guterres’s reorganisation programme is management. The reform aims to solve the Secretariat’s organisational problems arising from a centralised structure. The reform is therefore aimed at reallocating competences among Departments according to a logic of subsidiarity in order to decentralise the decision-making process, boost the powers of managers and reduce the duplication of structures and the overlapping of mandates. Moreover, there will be the final transition from the current biannual budget practice to annual budgeting as of 2020 so as to stimulate the General Assembly to focus on more strategic issues. The project also envisages conferring to the Secretary General greater autonomy and flexibility in managing the budget, thus giving him/her greater margin for reallocating budget resources and for simplifying the financial documents from how they are currently drafted, also with a view to making them more compliant with sustainable development goals. In this way, the Organization would gain in flexibility and in the capacity to better tackle the changing scenarios in which it is called upon to operate.

Italy at the United Nations - ebook

The Making of the Book - Video

Iniziative per i 60 anni dell'Italia all'ONU 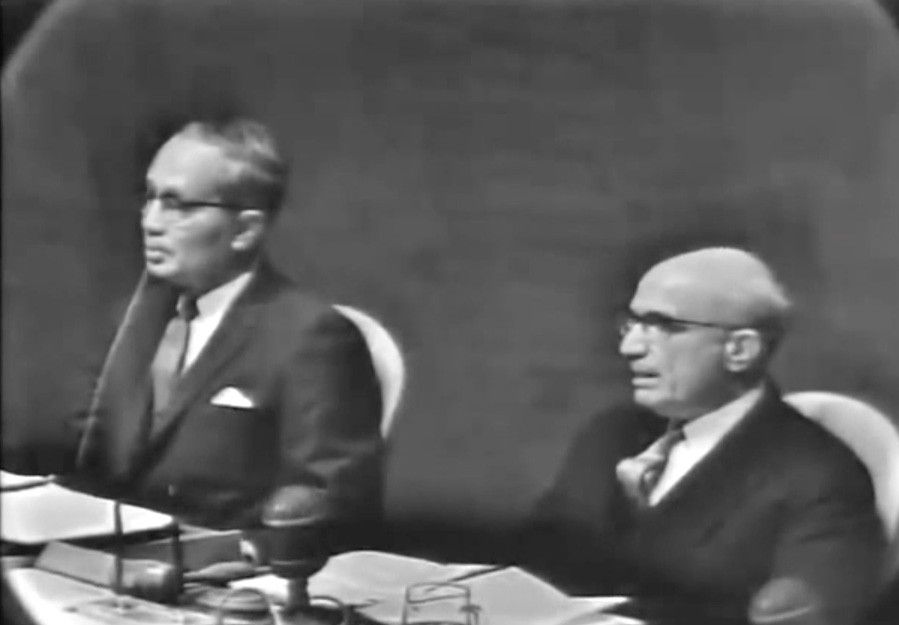