With a unanimous decision of the OSCE Participating States in 2016, Italy was elected to hold OSCE’s rotating Chairmanship for 2018. Therefore, from 1st January to 31st December 2018, our Country will coordinate the decision-making process and will set the priorities for the Organization’s activities in the field of Security and Cooperation in Europe.

In fulfilling its tasks, the Italian Chairmanship is assisted by the outgoing Chairmanship (Austria) and by the one designated for 2019 (Slovakia). The three chairmanships jointly form the “OSCE Troika”. The functions of the OSCE Chairperson-in-Office will be performed by the Minister of Foreign Affairs and International Cooperation.

Furthermore, as of 1st October 2017, as the Country designated for the incoming Chairmanship, Italy holds the chair of the OSCE Advisory Committee on Management and Finance.

OSCE’s next Ministerial Council will be held under the Italian Chairmanship in Milan on 6-7 December 2018.

Italy’s action as the Chair of OSCE will be based on the following priorities:

Italy and the OSCE

Since the creation of the Conference for Security and Co-operation in Europe (CSCE) in 1975, later becoming the OSCE in 1995, Italy has staunchly supported the Organization's role in assuring security in a very vast region that extends “from Vancouver to Vladivostok” and in promoting dialogue and cooperation among all the Participating States.

Today, Italy is among the Organization’s major contributors, in terms of both financial and of human resources.

Our Country is the third-largest contributor to the OSCE’s regular budget, on a par with the United Kingdom and France and slightly lower than the United States and Germany. The regular contributions increase with the payment of additional amounts for the more than 70 Italian officials seconded to the OSCE, for the participation of Italian observers to Election Observation Missions by the ODIHR (Office for Democratic Institutions and Human Rights) and for off-budget OSCE projects. Among the latter, particularly relevant is Italy’s contribution to funding the OSCE Special Monitoring Mission (SMM) to Ukraine, to which our Country contributes more than 20 observers.

In terms of human resources, Italy is currently the third-largest contributor of officials to the OSCE (figures at 31 December 2017) and holds one of the Organization’s top offices as High Commissioner on National Minorities in the person of Ambassador Lamberto Zannier, former OSCE Secretary General from 2011 to 2017.

Tirana: the new edition of YouthTrail beginsThe Organization for Security and Cooperation in Europe (OSCE) is working with Italy and Greece to support young people in Albania. For International Youth Day, which the UN celebrates on August 12 to underline...
Italy welcomes the developments between Armenia and AzerbaijanWe favourably welcome the arrangements reached yesterday between Armenia and Azerbaijan, hoping for the strengthening of a climate of mutual trust in the South Caucasus, a strategic region for Italian and EU interests. Italy...
Della Vedova at OSCE: human rights and fundamental freedoms are crucial to society's resilienceDeputy Minister Benedetto Della Vedova participated today in the closing session of the annual OSCE-wide Counter-Terrorism Conference, organised by the Swedish OSCE Chairmanship in cooperation with the OSCE Secretariat's... 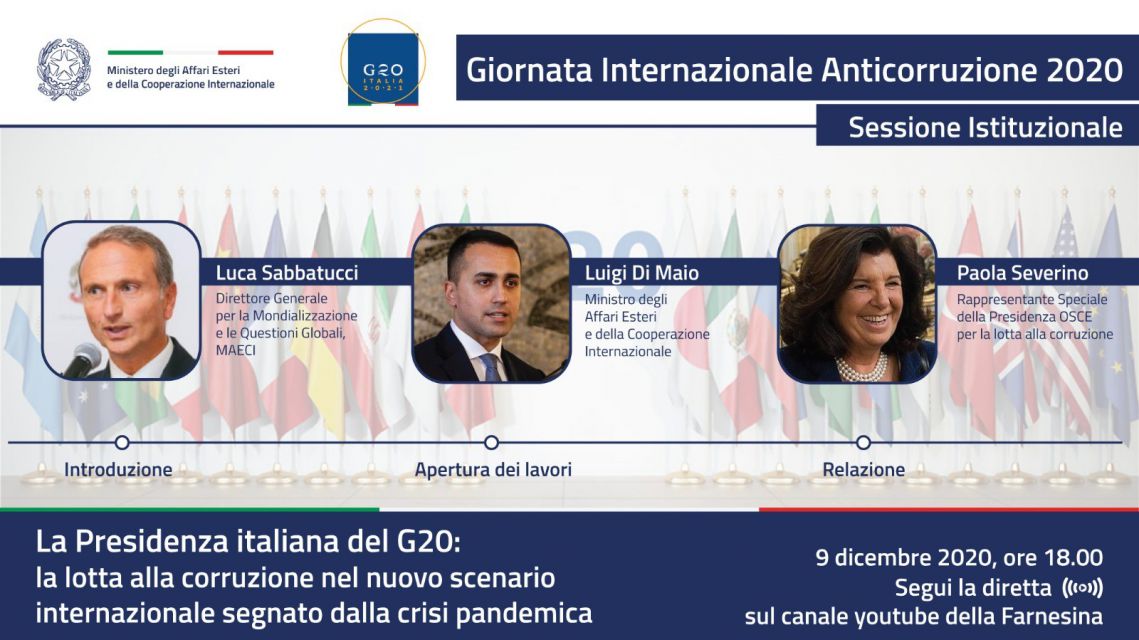 Italian Chairmanship of the OSCE 2018 Summary

Concluding meeting of the 26th Economic and Environmental Forum

Programme of the Italian Osce Chairmanship 2018

Undersecretary Guglielmo Picchi at the OSCE Economic and Environmental Forum