EU policies on climate and energy

At present the European Union imports approximately 53% of its energy consumption, with an annual expenditure of around 350 billion euros. The EU’s strong dependence on imports exposes it to the risks connected to the geopolitical situation in the Countries of origin and/or transit of energy flows. The global energy demand will continue to grow over the upcoming years, with foreseeable tensions on prices due to the relative scarceness of fossil fuels. These problems are compounded with the need to adopt policies on the climate to favour the progressive decarbonisation of economies, in line with the ambitious commitments made in Paris in December 2015 at the “CoP21” Conference.

In response to these challenges, the Union’s energy policies pursue the aim of assuring secure energy supplies to European companies and citizens, at competitive prices and with the lowest possible impact on the environment.

Achieving these goals makes it necessary to put aside the purely national perspective and to adopt an integrated European approach. This is why the Commission, in February 2015, presented a Strategy aimed at establishing a full-fledged European Energy Union among its Member States. The Strategy proposes specific initiatives to be taken in the area of security of supplies, boosting the internal market, energy efficiency, decarbonisation, research and innovation.

Italy illustrated its position in a non-paper drafted by the Ministry of Foreign Affairs and International Cooperation (MAECI) in concert with the Department of European Policies of the Prime Minister’s Office. It contains Italy’s vision in favour of greater cooperation with the Countries of the Mediterranean region and the prospect of transforming the European energy system in such a way as to simultaneously stimulate the economy, employment and the competitiveness of European companies.

Putting in place the European Energy Union implies the full implementation by the EU and its Member States of the 2030 Climate and Energy Framework, which was approved by the European Council in October 2014. After protracted negotiations, the Member States established emission reduction targets at 2030 of at least 40% compared to 1990 levels, respectively of - 43% and - 30% distributed between the ETS and non-ETS compared to 2005. The full implementation of the provisions made in the Framework will contribute to achieving the global warming mitigation targets established in the Paris Agreement of December 2015.

The EU Emissions Trading System (ETS) is the principal instrument adopted by the European Union to reduce greenhouse gas emissions in the energy industry and in medium and large-sized manufacturing plants. The System, which has been in operation since 2005, transposed in Europe the so-called “cap and trade” mechanism that was introduced at international level by the Kyoto Protocol. The first ‘phase’ of the ETS (2005-2007) was defined as the pilot phase insofar as it only concerned the CO2 emissions of energy-intensive plants and envisaged a mechanism whereby all the emission quotas were gratuitously assigned to companies. The merit of the first phase was that it determined a monetary price for CO2 and contributed to creating the infrastructure necessary to control, verify and report CO2 emissions. The 2008-2012 period coincided with the first period of implementation of the Kyoto Protocol and was characterised by the introduction of an auction system for the assignment of CO2 quotas. Moreover, a EU register replaced all the single national registers and that of the air traffic sector as of 1 January 2012. During the third phase (2013-2020), the system became consolidated thanks to the definition of a single reduction path (or cap) for the Union and the introduction of the auctioning off of quotas as the common way of assigning them. After a two-year-long negotiation, the revised ETS Directive was published on the Official Journal on 14 March 2018, which focuses on the ‘fourth phase’ (2021-2030 period) with a view to making a structural reform of the system necessary to achieve the emission reduction target set for 2030. Indeed, in order to achieve the EU’s - 40% target, the sectors falling within the ETS system need to reduce their emissions by - 43% compared to 2005. To this end, it was decided that, as of 2021, the overall total of quotas was to drop by 2.2% instead of the current 1.74%. The Directive also made more flexible provisions to align the rules to effective production so as to reflect technological advancements.

After negotiating almost two years, on 14 May 2018, the Council adopted the text of the agreement on the ‘non-ETS’ sectors (construction, agriculture, waste management, transport – excluding international air and maritime transport), the so-called ‘Effort Sharing Regulation’. Said Regulation aims to achieve a - 30% emission reduction in non-ETS sectors in 2030 compared to 2005 levels and shares out the - 30% target among Member States on the basis of their per capita GDP in 2013. The target for single Member States with a per capita GDP higher than the average of EU Countries has been further adjusted in consideration of the cost-effectiveness ratio. The emission reduction target by 2030 singled out for Italy is of -33%.

The new Regulation is due to be published on the Official Journal over the next few weeks along with the publishing of the so-called “LULUCF Regulation”, which aims to assure that emissions deriving from the land use, land use change and forestry be factored into the overall emission reduction target for 2030. The scope of application of the Regulation includes woodland and farmland as well as the land that has undergone a change in use to or from these uses. Every Member State will have to commit to assure that the LULUCF sectors do not produce net emissions on its territory after the application of the accounting standards contained in the Regulation and having taken into account the flexibility instruments. This principle is called the “no debit rule”.

On 30 November 2016, the Commission presented the Clean Energy Package, which includes a number of measures aimed at assuring that progress be made in the issue of decarbonisation and of energy transition by 2030, while at the same time maintaining competitiveness in the EU high. As part of this package, which is still being negotiated, there is the proposed recast Directive promoting the use of energy from renewable sources aimed at increasing the consumption threshold of energy from renewable sources. This EU-level binding target will have to be achieved through contributions individually established by the Member Countries. More specifically, the Package proposes to increase the contribution of renewable energy sources in the area of transport, heating and cooling, in addition to developing the potential of biofuels. The Regulation on the Governance of the Energy Union contained in the Package sets out the necessary framework to achieve the energy and environmental targets by 2030, insofar as it reprioritizes the fulfilments necessary by providing for an Integrated National Energy and Climate Plan and a structured dialogue system between Member States and the European Commission in order to make sure that the implementation of said Plans effectively contributes to achieving the EU 2030 target for decarbonisation. With the draft Energy Efficiency Directive, the Commission proposed a European-wide binding target of a 30%  primary energy saving by 2030, which is still being negotiated. The European Commission will not establish specific binding targets for single Member States, although these will have to indicate their contribution toward the achievement of the common target in their Integrated National Energy and Climate Plan.

The Package is integrated with provisions aimed at regulating the functioning of the Agency for the Cooperation of Energy Regulators (ACER) and at promoting the upgrade of buildings in order to make them energy-efficient. Lastly, it also includes two ambitious measure to restructure the electricity market. The draft Electricity Directive aims to promote the development of new services and to increase the effectiveness of the market also through the new technologies available and, among other things, by fostering the active participation of informed consumers and the aggregation of small local operators. The draft Electricity Regulation sets up a regulatory framework for the whole EU internal electric energy market, setting forth several technical provisions on issues such as the tasks of distribution network operators, the establishment of Coordination Centres for regional security, the conditions for the activation of capacity remuneration mechanisms so as to assure the system’s adequacy.

As for the transport-generated emissions, the second Clean Mobility Package presented by the European Commission on 8 November 2017, note should be taken of the Recast Regulations for CO2 emissions of automobiles and light commercial vehicles. The new Regulation sets two CO2 emission reduction targets for 2025 and 2030 and aims to stimulate the transition toward low and/or zero emission vehicles through a credit system. The reduction of CO2 emissions is the key element of the draft Regulation on the emission of heavy vehicles adopted by the Commission on 17 May 2018. 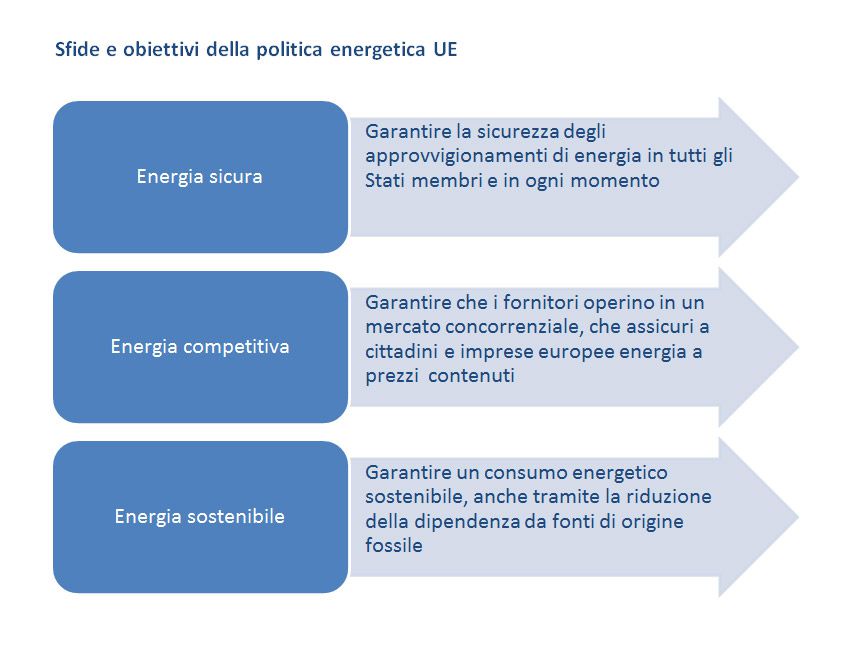 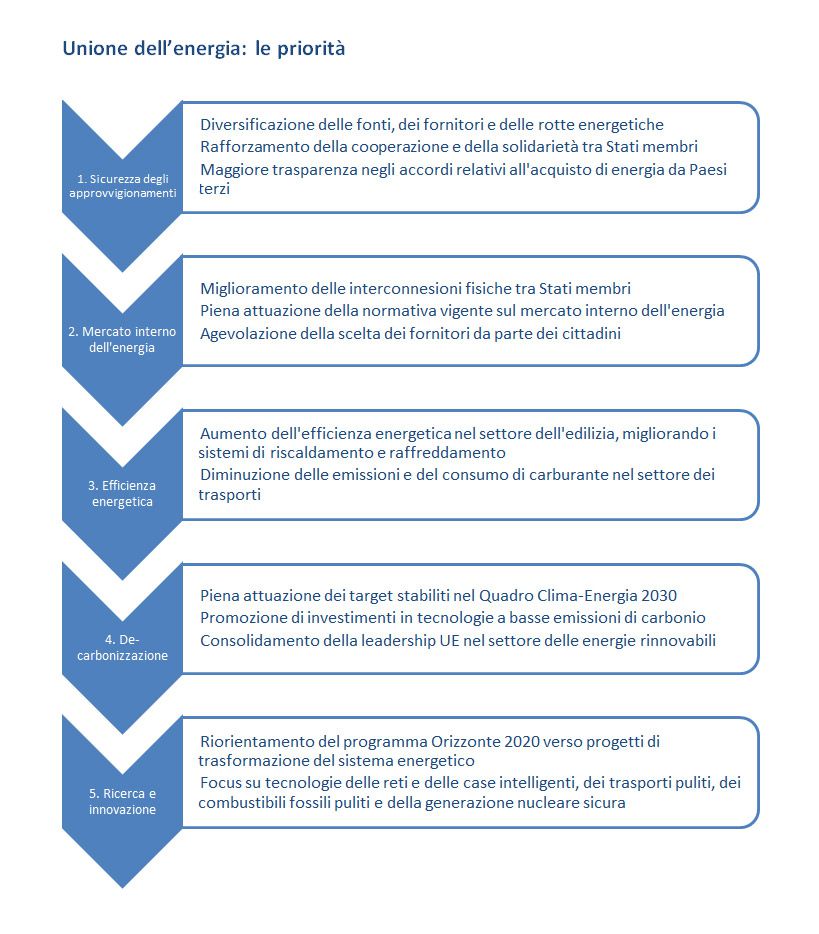 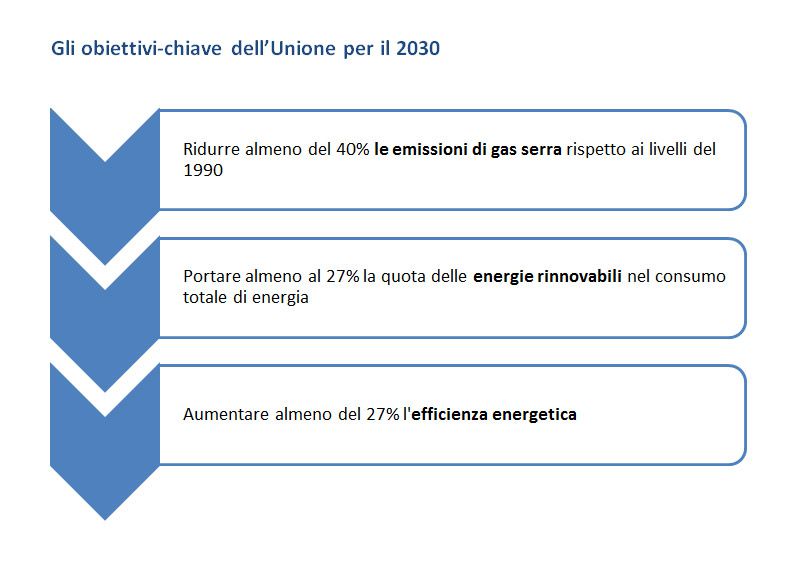