Migration flows towards the EU

In 2017, the EU recorded a significant reduction in the irregular crossing of its external border (204,278, -60% on 2016), mainly due to the fewer entrances into Italy and Greece.  In particular, arrivals in Italy along the Central Mediterranean route dropped to 119,369, making for a drop of 34% on the 181,436 landings recorded the previous year. However, a small but significant increase in arrivals along the Western Mediterranean route towards Spain has now been recorded.

Migrants from African countries accounted for 60% of all irregular entrances into the European Community territory in 2017: after the Syrians, which remained the first nationality last year too, Nigerians and Ivorians come in second and third place respectively, with Guineans with a few hundred people fewer, in fourth place.

In Italy, the majority of irregular arrivals, in this case too, regarded migrants from sub-Saharan Africa (in particular Nigerians, Guineans and Ivorians). A significant presence of citizens from Bangladesh is also recorded, in fourth place in terms of the number of irregular entrances in 2017.

The downward trend in irregular arrivals by sea has also been confirmed in the first few months of 2018, with a decline of more than 76% recorded as at 15 May in the number of landings, as compared with the same date the previous year.

These results, although naturally partial given the complexity of the migratory phenomenon, represent a first concrete confirmation that the European Union's migration strategy is heading in the right direction, supported by the European Commission's adoption of more than forty “packages” whereby, in the wake of the April 2015 European Agenda on Migration, the Commission has submitted a large number of draft Regulations (17), Communications (45), action plans (5) and a significant number of reports on the progress made in the strategy.

In many cases, irregular migration can be the only solution for those who seek to escape from war or persecution in their home country, looking for refuge and protection elsewhere. In other cases, the drivers of irregular migration are essentially financial.

In 2017, approximately three quarters of all asylum applications were submitted in only five EU countries (Germany, Italy, France, Greece and the United Kingdom). That same year, the three main countries of origin of the asylum-seekers were again Syria, Iraq and Afghanistan, as a result of the previous two-year crisis along the eastern Mediterranean route; however, their percentage of total asylum applications has reduced sharply (just 28%, as compared with 40% in 2016), as the central Mediterranean has returned to being the main irregular migration route towards the territory of the European Union.

An asylum application must always be considered on an individual basis. However, if Syrians, Afghans, Iraqis , Eritreans and Somalis have situations that - objectively and subjectively - generally (or more easily) justify the granting of international protection, the same cannot be said for individuals of other nationalities, who effectively abuse the Common European Asylum System to assure themselves at least a certain length of stay that would otherwise be considered irregular in the EU.

To update the EU asylum legislation, for months now, delicate negotiations have been underway, with a view to revising the Dublin Regulation, which regulates the criteria and mechanisms for determining the Member State responsible for processing asylum applications. Italy is involved in the technical negotiation, stressing the need for a fair balance of responsibilities between the Member States of first entry and the solidarity amongst Member States in the distribution of asylum-seekers, in particular through an automatic, compulsory relocation mechanism. Requests include the adoption of specific rules for asylum-seekers saved at sea, who differ from irregular migrants insofar as they entered the national territory in accordance with applicable international law provisions.

Italy has always promoted the priority principle of the right to life, which is also grounded on international law. In respect of the migration phenomenon and of the specific geographic situation of Italy as the external maritime border of the EU, migration flows have the same relevance as giving absolute priority to the humanitarian imperative of saving lives at sea.

Our country has also put the issue of migration at the centre of European debate, stressing the priority role of Africa. From this standpoint, the November 2015 Valletta Summit on Migration marked a turning point, at which EU States and the African countries of origin and transit of migrants agreed jointly manage the migration phenomenon, promoting legal migration channels, fighting human trafficking and collaborating to improve cooperation in terms of repatriations and readmissions. The launch at the Summit of the “European Union Emergency Trust Fund for stability and addressing root causes of irregular migration and displaced persons in Africa” (commonly known as the Trust Fund for Africa or the Valletta Fund) has helped relaunch development cooperation as key to tackling the deep-set causes of migration and forced displacement.

Italy has taken a leading role in this renewed collaboration with the countries of  origin and transit of migration flows, in particular through its proposal for a “Migration Compact”, from which the European Commission took significant inspiration in preparing its dialogue strategy with these countries (“New Partnership Framework with Third Countries”). Within this scope, it has promoted or supported projects in Niger (the main hub of irregular migrant flows along the central Mediterranean route, which is recording a significant reduction in transits) and in Libya (principal country of departure, where the main relevant international organisations are now active, such as the IOM and the UNHCR and several NGOs), concomitantly supporting voluntary repatriation processes from the aforesaid two countries towards the countries of origin and resettling the most vulnerable migrants in Europe. 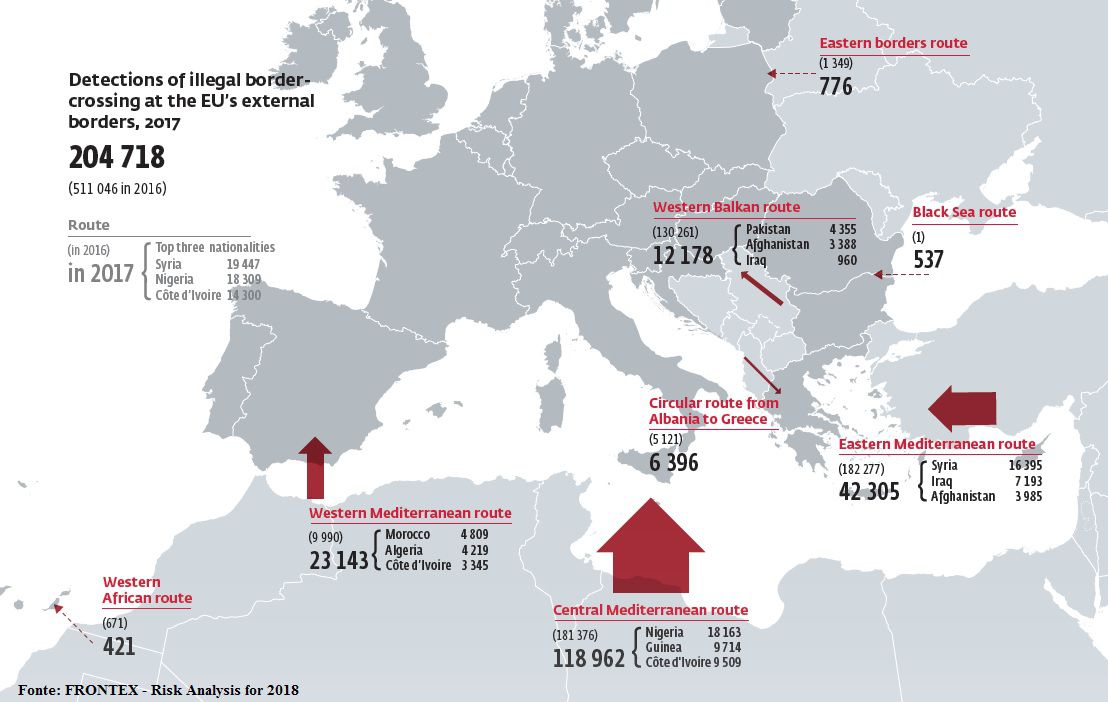 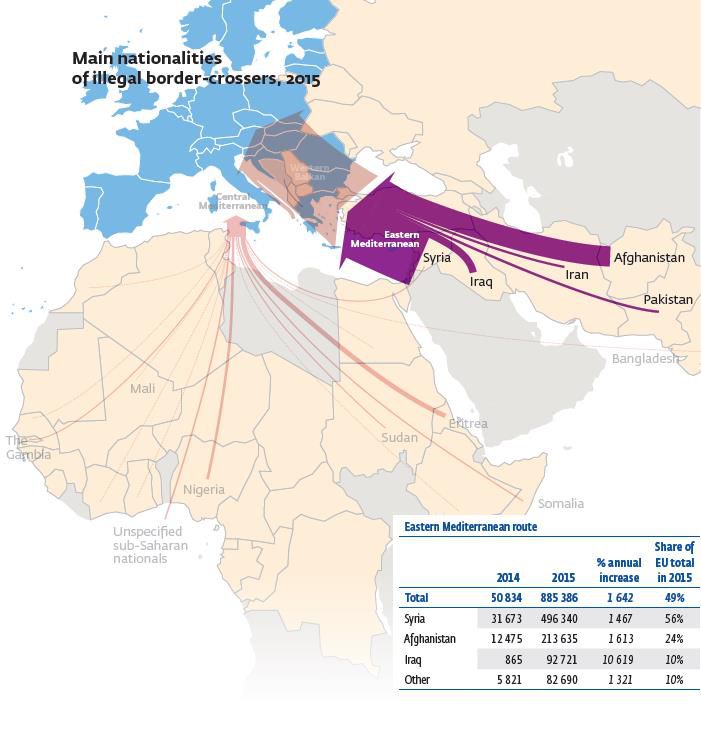 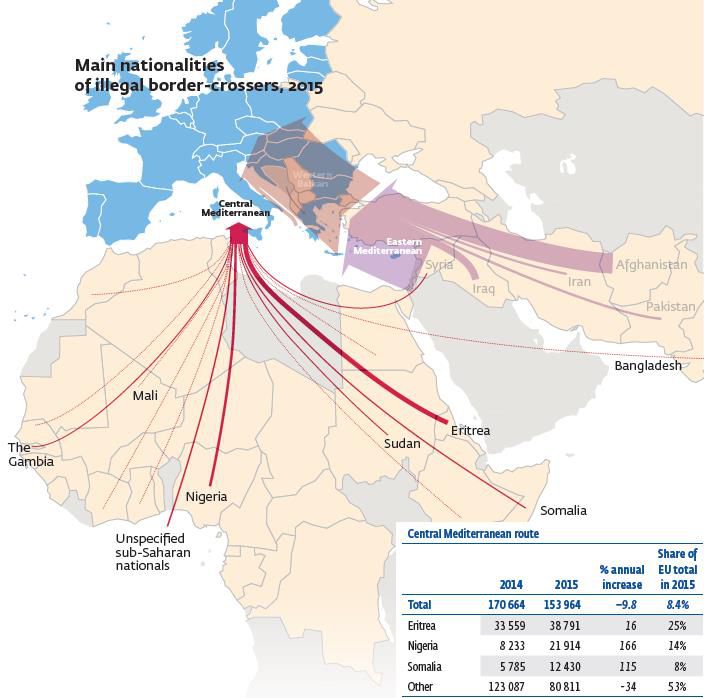 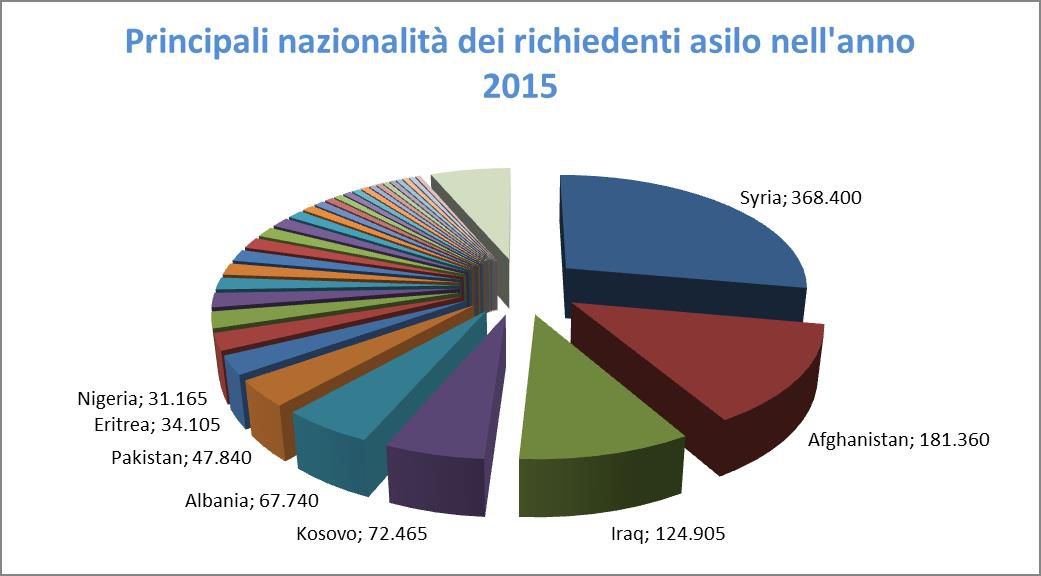 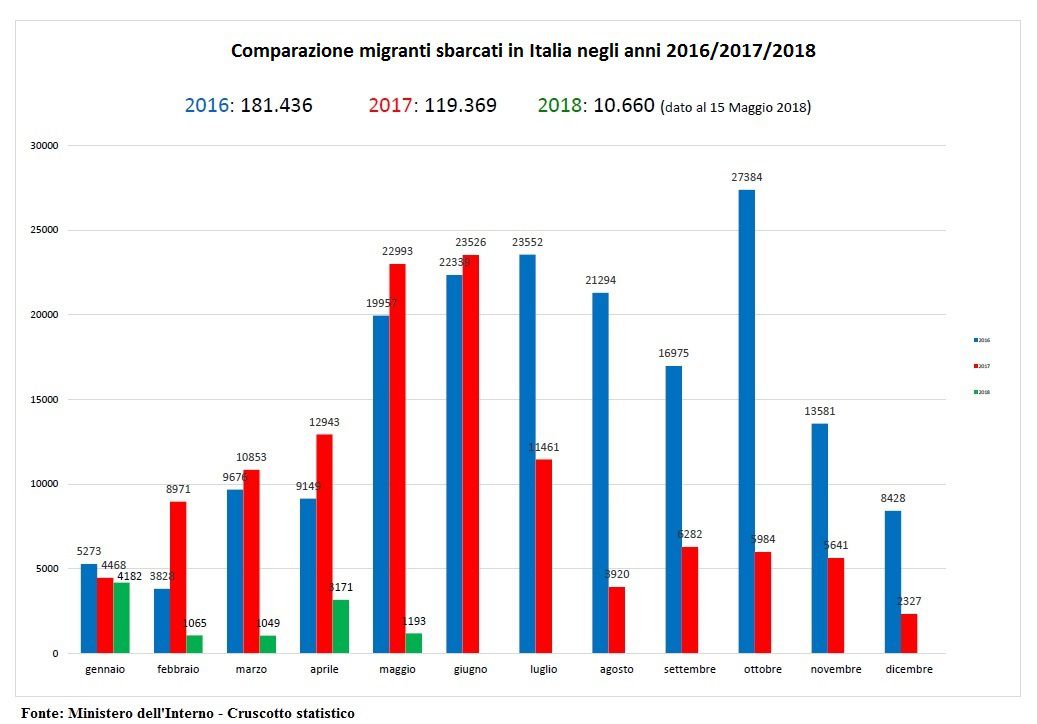