The Economic and Monetary Union (EMU) is the core of the process of economic integration around which the European Union was built. EMU involves the coordination of national economic and fiscal policies and a common monetary policy and a single currency for the 19 Member States in the eurozone. By integrating the economies of member countries, EMU generates economies of scale that bring benefits to both consumers and companies.

The global financial crisis in the past few years has shown that the EMU has remained largely incomplete. Concrete measures need to be rolled out to make it an effective instrument to ensure jobs, growth and stability for all citizens through democratic and fair mechanisms.

Reforming EMU has been the focus of debate amongst Member States for years.  In June 2015, the Presidents of the five main European institutions (the European Commission, the European Parliament, the Council, the European Council and the European Central Bank) presented a Report outlining a step-by-step plan to complete the EMU. However, the wide divergence of views amongst the Member States has precluded tangible progress in recent years. Italy also contributed to the debate and in February 2016  presented "A Shared European Policy Strategy for Growth, Jobs and Stability", a document which proposed a comprehensive reform of the euro area architecture.

In December 2017, the Commission relaunched the debate on reforming the euro area and set out a series of ambitious proposals:

• integrating the Fiscal Compact Treaty into the Union’s legal framework, taking into account the flexibility provisions identified by the European Commission;

• creating a fiscal capacity for the euro area to secure economic stabilisation and support for structural reforms;

• establishing a Eurozone Finance Minister whose competence would be to ensure consistency amongst the economic policies of the member countries and manage the fiscal instruments to be introduced into the EMU.

The Italian Government welcomed the European Commission’s proposals and considered them a good starting point to relaunch a concrete debate about reforming EMU. The Commission retained many of the ideas Italy presented, from completing the banking union to introducing fiscal instruments for the euro area and establishing a European Finance Minister. The Commission's proposals have the merit of superseding the intergovernmental approach of the previous EMU reform actions and restoring the focus on the Community method, which is also fundamental to ensure greater transparency and strengthen democratic legitimacy of the eurozone governance.

The Commission's proposals are currently being examined by the Council of the European Union and will be discussed by the EU heads of state or government at the European Council meeting in June. 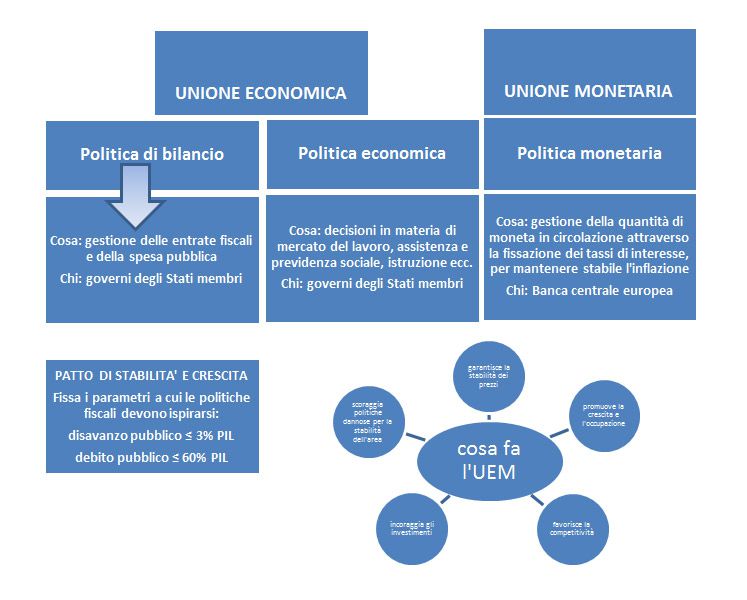 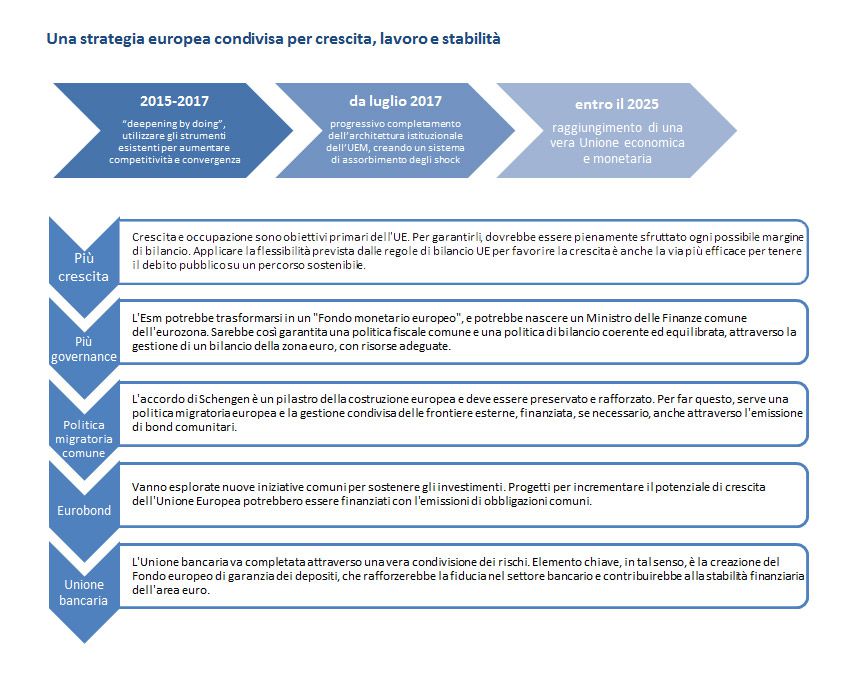