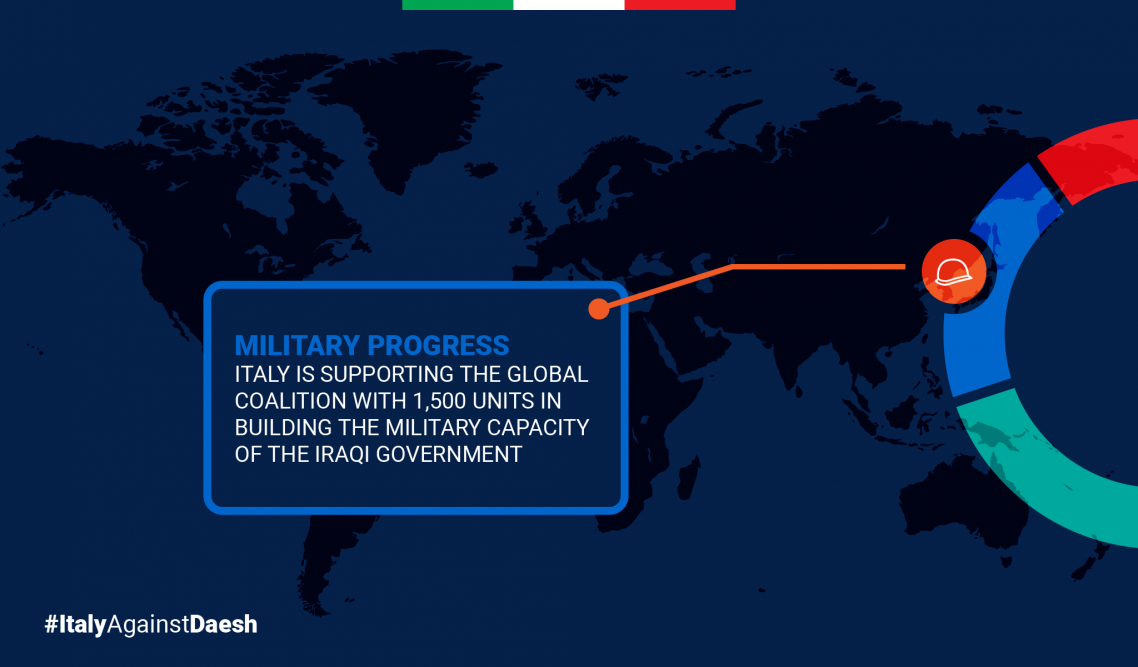 Italy is among the top contributors to the training in favour of the Iraqi Security and Police Forces with almost 30% of the Coalition effort.

In particular, the Italian Army has trained more than 17,000 units in several fields such as Infantry, Artillery, Counter Improvised Explosive Devices, Sharp Shooting, and Intelligence and delivered several tons of equipment to the Iraqi military Forces.