Bonino in Iran: Hopes for global nuclear accord, and period of normal EU-Iran relations. Bilateral pacts

Italy intends to open a new season of dialogue with Iran, and to bring other European countries along. This was Minister Emma Bonino’s transparent summary of her visit to Iran, the first by an Italian foreign minister in ten years, and the first by a European head of diplomacy since Hassan Rowhani’s election on 14 June. A trip from which Italy brings home confirmation that the careful and balanced openness pursued thus far has been the right choice and the possibility for dialogue on delicate issues such as human rights.

Strengthening relations and dialogue between Italy and Iran

“I am here to honour the commitment that Zarif and I made to you and Letta during the UN General Assembly in New York, and to strengthen relations and dialogue between Italy and Iran”, stated Minister Emma Bonino, recalling how the Geneva accord had not yet been possible back in September. Meeting at the presidential palace with Iranian President Hassan Rowhani, had the impression of a “hopeful climate”. Moreover, Rowhani re-extended an invitation to Premier Letta to visit his country and expressed appreciation for Italy as a candidate for the UN Security Council.

Rowhani, Italy is our gateway to Europe

President Rowhani declared during his meeting with Bonino that Italy was Iran’s “gateway” to mutual trust with Europe. The minister and her Iranian colleague Zarif agreed that, with the resumption of dialogue on the Iranian nuclear question “a period of normal relations with the EU should begin”. While, on the one hand, Italy’s “hope is that the Geneva action plan will be transfomed into a general accord”, on the other, Terheran made an appeal not “to sabotage what has been decided at the highest political levels”.

Relations between Iran and the West are also linked to the eventual role that Iran could play in the Syrian crisis. For Italy, Bonino said, “all the countries involved need to take responsibility and make their contribution”. On the human rights front it is now possible, Bonino said, to speak with Teheran “without prejudice”, and this creates one more cooperation factor on initiatives such as the organisation of a joint workshop on the death penalty. 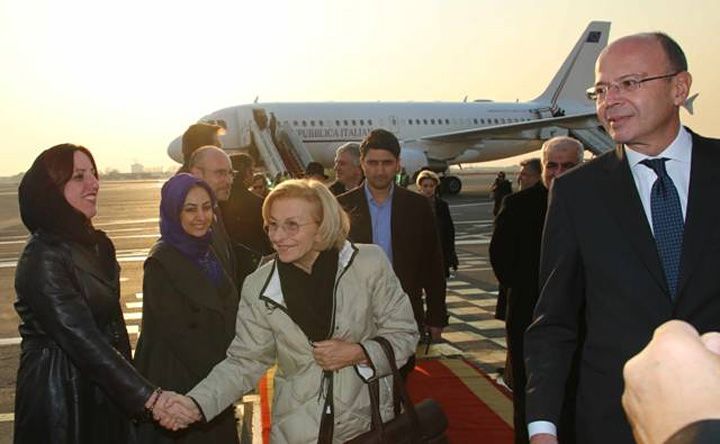