Dedicated to “Humans in the Arctic”, the 8th edition of Arctic Frontiers has taken place in Tromsø, with a significant contribution from Italy. Keynote speaker Giorgio Novello, the Italian Ambassador to Norway and Iceland, pointed out Italy’s strong links with the Arctic, which recently led to our obtaining Permanent Observer status in the Arctic Council.

The Italian presence in the Arctic region

Ambassador Novello also recalled Italy’s presence in the region, most notably in the scientific sector (with the research base in the Svalbard Islands and a strong presence of Italian lecturers and researchers in the region’s universities) and the economic sector. In the latter case, major Italian companies are engaged in the oil and gas, construction, high-tech, and helicopter industries, while our small and medium-sized enterprises are increasingly engaged in the components segment. The Ambassador also sketched out Italy’s vision for the Arctic, in the context of our government’s growing interest in the region.

During his stay in Tromsø, Ambassador Novello – with the help of the Deputy Head of Mission, Tommaso Andria – had a number of fruitful meetings with, most notably, Ministers Aspaker, Høie e Sveinsson; the Rector of Tromsø University; members of the Italian scientific community in the city; the Mayor of Stavanger; representatives of Oslo’s Fridtjof Nansen Institute; Tromsø’s scientific and economic institutions; representatives of Italian companies operating in the region; and Italian participants at the Arctic Frontiers event.

Discussions focused on future initiatives to strengthen and build upon the Italian presence in the Norwegian and Icelandic Arctic region.

Italian contracts in the region

The “science” sessions of Arctic Frontiers included a presentation by AgustaWestland, which recently won the contract to supply SAR helicopters to the Norwegian government. Finmeccanica–Selex also gave a presentation, on Italian expertise in the maritime traffic surveillance and management sector. 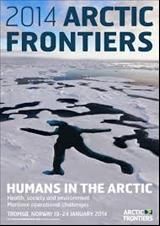