Cartoline dall’altra Italia - The sommelier that seduced the Big Apple

A diplomatic career suspended in order to dedicate herself to the promotion of winemaking. Today Alessandra Rotondi lives in New York, where she has earned the nickname “The Wine Lady” for having created the project “Wine Seduction”, which flanks technical explanations of wine with seduction and fun. “New Yorkers flatly reject anything boring, so I decided to create a show that unites wine-tasting with the various stages of courtship”.

Alessandra talks about her experience with “Cartoline dall’altra Italia”, a web series created by 9colonne with the support of the Italian Ministry of Foreign Affairs and International Cooperation’s Directorate General for Italians Abroad and Migration Policies.

She arrived in the Big Apple in 2006 with a journalist visa to cover wine-tasting events, the opening of new venues and write on food and beverage trends. She hasn’t stopped since then, becoming a veritable institution, even though she prefers to call herself a “taste-teller” of stories of wine, food, fashion and all the trappings. “In the beginning I only wrote, then I began to work as a consultant to sommeliers and gradually added in other things; New York allows me to do all this”. But not only wine: spurred by her desire to pursue a path of faith at community level, Alessandra has united Italian Catholics living in New York together in the choral project “Sol” (Sing Out Loud Telemater). “Our chorus sings in Italian and is especially intended for on all those Italians arriving in New York who feel a bit lost”.

Cartoline dall’altra Italia roams the world in search of the new emigration; creating links with young Italians who, either for need or simple desire, have decided to try their luck abroad. Through their testimony, the web series keeps that invisible thread linking them to Italy alive. Each week features a new video-interview that can be viewed on the 9colonne.it website or on the Nove Colonne YouTube channel. 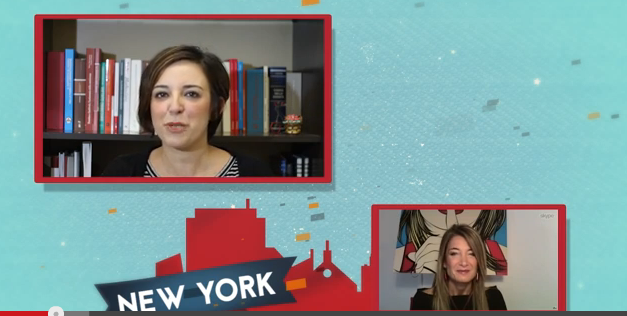