Italy and Poland agree on 10 projects for researcher mobility

The new EP will promote dialogue between Italian and Polish universities and other agencies on matters of mutual interest: basic science, space, agriculture and food science, energy and the environment, medicine and health, nanoscience, advanced materials and information and communication technologies. Throughout its three-year term, the EP will more specifically support ten researcher mobility projects selected by a bilateral commission out of the over 80 proposals submitted in response to a joint call for proposals published in the two countries.

The new Executive Programme was signed by the Italian Ambassador in Warsaw, Alessandro De Pedys, and by the Secretary of State in the Polish Ministry of Science and Education, Alexander Bobko, during a ceremony that offered an opportunity to evaluate the progress made in the two Countries’ scientific and technological bilateral relations.

The scientific and technological cooperation between Italy and Poland – that was highlighted during the ceremony – is founded on a sound tradition recently strengthened by the operating agreement between the Italian National Research Council (CNR) and the Polish Academy of Science (PAN), and by the memorandum of understanding between the Italian Space Agency (ASI) and the Polish Space Agency. The two delegations concurred on their mutual interest to further strengthen bilateral relations and agreed on the advisability to periodically hold further technical and political meetings. 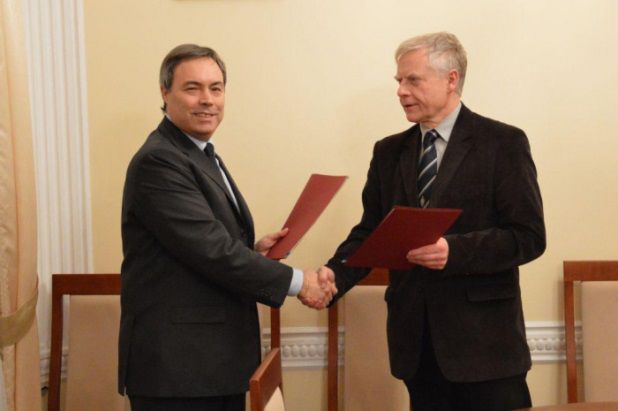