With research areas including nanotechnology, agrifood, robotics, ICT, and life sciences, scientific cooperation between Italy and the United States was strengthened and bolstered when the 2016-2017 Joint Declaration on Scientific and Technological Cooperation was signed today at the Foreign Ministry headquarters. In the afternoon, experts from the two countries will discuss basic research and innovation at the US Embassy in Rome. Presentations will be delivered by Italian Minister of Education, University and Research, Stefania Giannini, and by the US ambassador to Italy, John Phillips. Both events are part of the 12th US – Italy Joint Commission Meeting. During the Declaration signing ceremony, Roberto Cantoni, Head of the Italian Foreign Ministry’s Scientific and Technological Cooperation Unit, and Kelly C. Degnan, the US Embassy’s Deputy Chief of Mission, expressed their satisfaction with the current ongoing cooperation projects and approved seven priority areas for the 2016-2017 biennium. They also reiterated the commitment of researchers from both countries to cooperate in seven working groups, one for each priority area, together with key scientific institutions in Italy and in the United States.

During the meeting at the Foreign Ministry, the Italian Ministry of Education (MIUR) and the US Department of Energy (DOE) signed a technical agreement of cooperation in the field of physics concerning joint cooperation activities to be implemented by Italy’s National Institute of Nuclear Physics (INFN) and the DOE. Fifteen scientific projects that were selected to receive annual co-funding from the Foreign Ministry, following a call for proposals last summer were also anounced. Selected from over 300 proposals submitted, the joint research projects will involve Italian and US researchers who will work together in specific areas ranging from diagnosis of specific rare diseases to the design of special probes for the characterisation of magnetic materials. Within the framework of the previous Joint Declaration for the 2014-2015 biennium, the Foreign Ministry had funded another fifteen research projects with grants totalling approximately 650,000 euros. 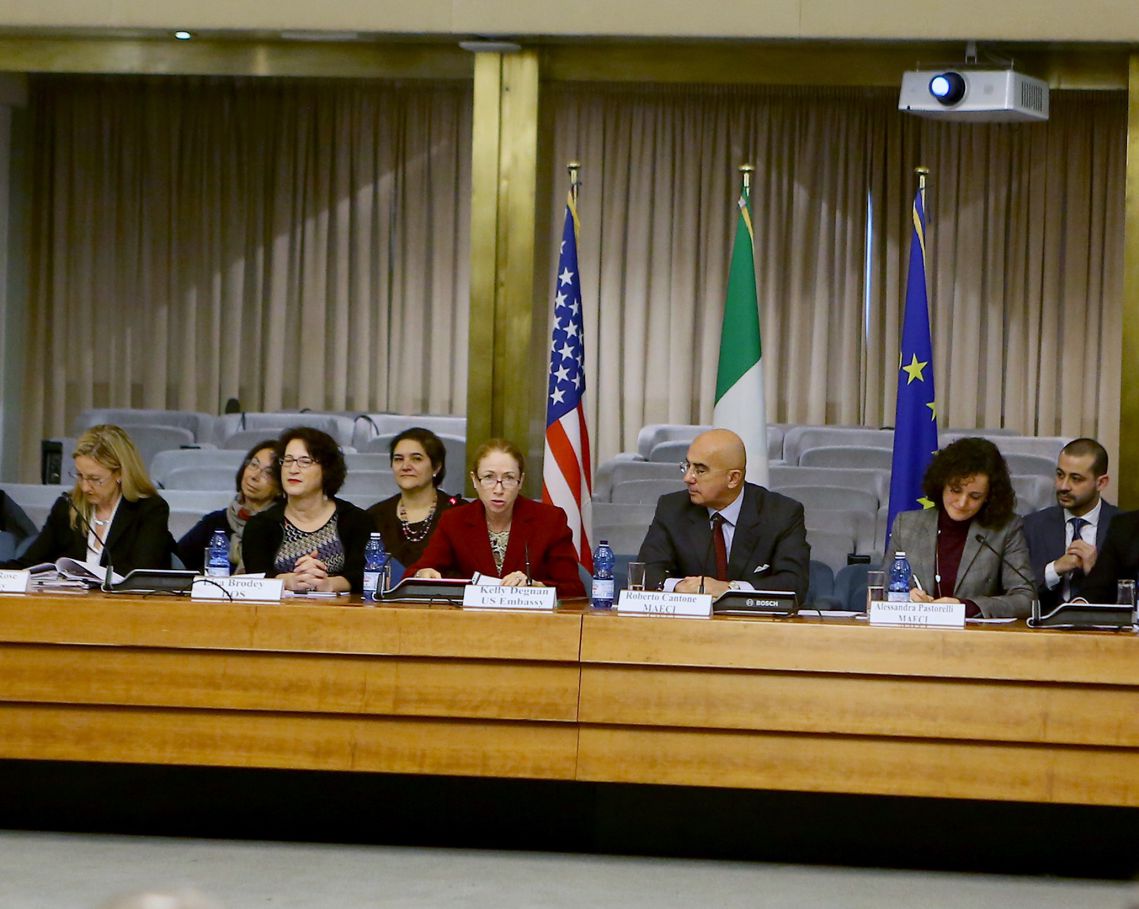