Intensifying political consultation, strengthening trade cooperation, developing investments, attracting Saudi students in Italy and promoting Italy's cultural, economic and innovation system in a country that is very keen on Italian technology and brands -  these are the goals on the agenda of Minister of Foreign Affairs Paolo Gentiloni. He will be in the Saudi coastal city of Jeddah today and tomorrow. Besides the upcoming audience with King Salman Abdulaziz Al-Saud, which represents a moment of high symbolic value and a gesture of special attention to our Country, Minister Gentiloni already met today with Deputy Crown and Minister of Defense Prince Mohammed bin Salman, and with Foreign Minister Adel bin Ahmed Al-Jubeir.Minister Gentiloni's visit aims at deepening political dialogue, which  gained momentum with the Kingdom's highest authorities during Prime Minister Matteo Renzi's visit in November 2015, placing special attention on promoting investments in Italy. Bilateral relations have also greatly increased. From an economic point of view, Saudi Arabia is Italy's main trade partner in the Gulf, while Italy is Riyadh's third trading partner after Germany and France.  Saudi Arabia is one of the main markets for Italian goods in the Arab world and is Italy's fourth most important oil supplier.Italy intends to further boost its economic and trade partnership with Saudi Arabia and hopes to attract an increasing flow of financial investment to Italy. The common commitment to fight Daesh will also be among the issues discussed in Jeddah. The joint Italy-Saudia Arabia chairmanship of the International anti-ISIL Coalition WorkingGroup to disrupt jihadist financing is an example of excellent cooperation. It is also  an opportunity to urge Saudi Arabia to deepen its commitment in view of the expected progress in the military campaign. Minister Gentiloni will also reconfirm the wish for Riyadh to become part of the solution of the ongoing regional crisis, while confirming Italy's support. In addition, Saudi Arabia will be urged to help advance the stabilisation process in Lybia, a country that is of strategic interest for Italy. 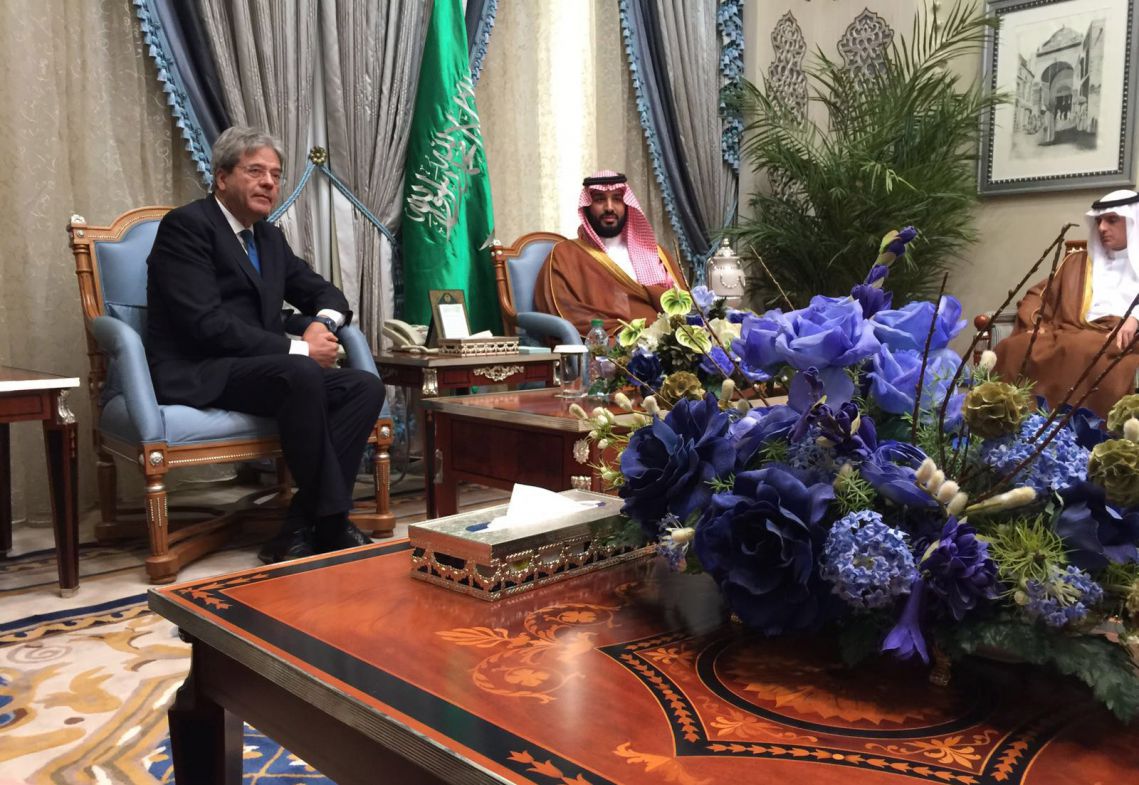 Embassy of Italy in Riyadh