The fourth "Postcard from the other Italy” comes from Wolverhampton, a city in the heart of England’s West Midlands, the home of Roman-born Simone, 39, who decided to move to the United Kingdom partly for work and partly for love.

On Italy “they mainly ask me advice for their holidays, places to visit and what food to eat,” says Simone who works in an insurance company in Wolverhampton. He had no difficulty in integrating in his new job: “People’s nationality makes absolutely no difference here; people are more open-minded because they are used to dealing with different nationalities and cultures.” Suffice it to think that between 2011 and 2015 the number of EU immigrants in the United Kingdom reached 3.3 million. The number of Italians listed in the Registry of Italians Resident Abroad (A.I.R.E.) residing in the UK are approximately 260,000 and it is continuously rising. In 2011 there were only 187,000.

“Postcards from the other Italy” is the web series produced by the news agency ‘9colonne’ with the support of the Directorate General for Italians Abroad and Migration Policies of the Ministry of Foreign Affairs and International Cooperation. The interviews span from Brussels to New York, for Rio de Janeiro to Shanghai: every week the web series schedules a new video interview to outline the profile of the new generation of emigrants, visible on the 9colonne.it website, on the YouTube channel of Nove Colonne and on the website of the Ministry of Foreign Affairs. The interviews give a dynamic, natural, practical and updated storyboard of the other Italy, the one beyond the national borders: the dreams, expectations, comparisons, joys and disappointments of young Italians who have opted for making an experience abroad, whether for will or for necessity, using their testimonials to maintain that unbreakable tie that links them to their Country of origin. 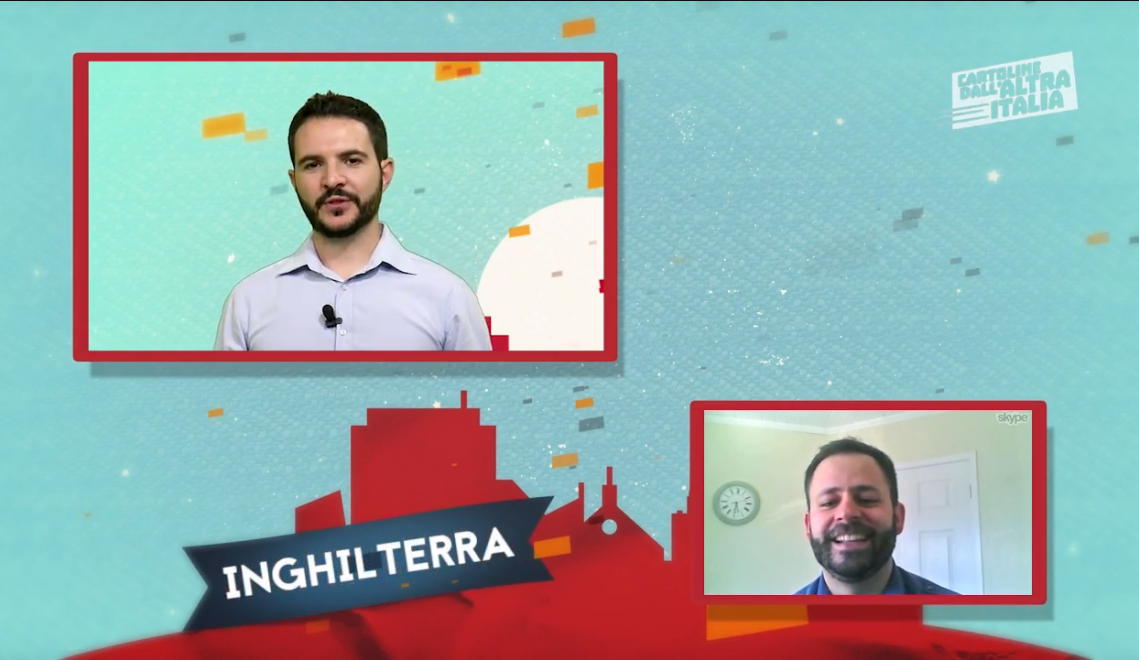 Video - From Rome to the heart of England's West Midlands

'Postcards from the other Italy’: all the episodes