Finland is the setting for the fifth episode of “Postcards from the other Italy”, the web series produced by the news agency ‘9colonne’ with the support of the Directorate General for Italians Abroad and Migration Policies of the Ministry of Foreign Affairs and International Cooperation. Helsinki is home to Letizia Tedesco, oceanographer at the Research Center of the National Institute of Marine Research. A long-time lover of Finnish culture, Letizia does not see herself as forming part of the “brain drain” but describes herself as a research enthusiast. “All Italian researchers abroad are driven by courage and passion,” she said. For her, being part of the Italian community in this Nordic Country is a “source of enrichment”. She continued: “There is an Italian Club in Finland that offers a variety of activities, also for children.” In 2012, the number of Italians listed in the Registry of Italians Resident Abroad (A.I.R.E.) residing in Finland is almost 3,000: Lombardy is the principal Region of origin, followed by Lazio and Sicily. “Postcards from the other Italy”, give a dynamic, natural, practical and updated storyboard of the other Italy, the one beyond the national borders: the dreams, expectations, comparisons, joys and disappointments of young Italians who have opted for making an experience abroad, whether for will or for necessity, using their testimonials to maintain that unbreakable tie that links them to their Country of origin.

The interviews span from Brussels to New York, for Rio de Janeiro to Shanghai: every week the web series schedules a new video interview to outline the profile of the new generation of emigrants, visible on the 9colonne.it website, on the YouTube channel of Nove Colonne and on the website of the Ministry of Foreign Affairs. 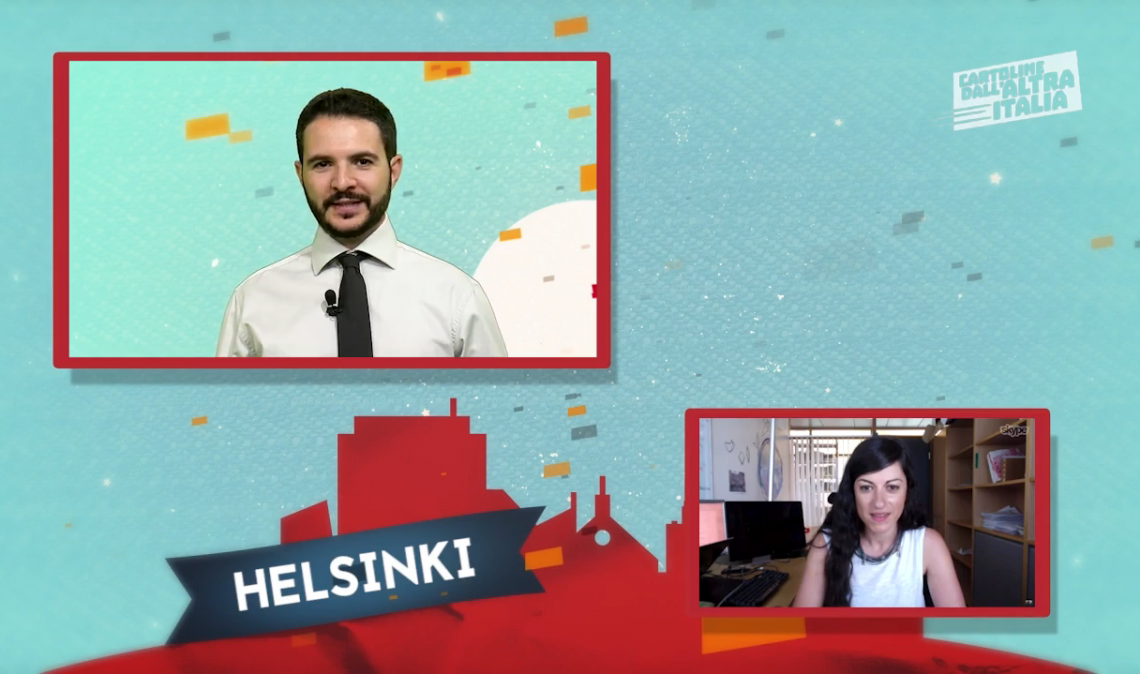