T​he Italian community is one the UK's most numerous, well-rooted and long-standing. To narrate this 'love story', Lorenzo Colantoni, journalist, and Riccardo Venturi, a world-renowned photographer, in partnership with the Italian Foreign Ministry and National Geographic Italia, have launched a multimedia project called "Italians and the UK". The outcome of the project is a book published by Peliti and Associates, a web-documentary (www.italiansandtheuk.it) and a photographic report released on the August issue of the magazine.
According to estimates, 500,000 Italians live in London alone. The 'love story' has been going on for over a century, with unexpected outcomes: few people know, for example, that fish and chips, the most famous British street food, has Italian roots. Only a few weeks ago, the Brexit referendum cast a shadow of doubt on the future of all EU foreigners residing in Britain.
To tell the stories of "Italians and the UK", Colantoni and Venturi conducted a field research aimed at tracking and narrating the role that Italians have had and still have in Great Britain through individual stories that talk about creativity, work and cooperation. It is a journey through time, spanning from the first wave of migrations at the end of the 19th century up to date, and through space, from the northernmost tip of the Orkney Islands down to the Isle of Wight in the English Channel, to describe the multi-faceted Italian presence in the United Kingdom. The story-telling is documented with photographs of current events and with historic material, documents, old newspapers, objects and old photographs. 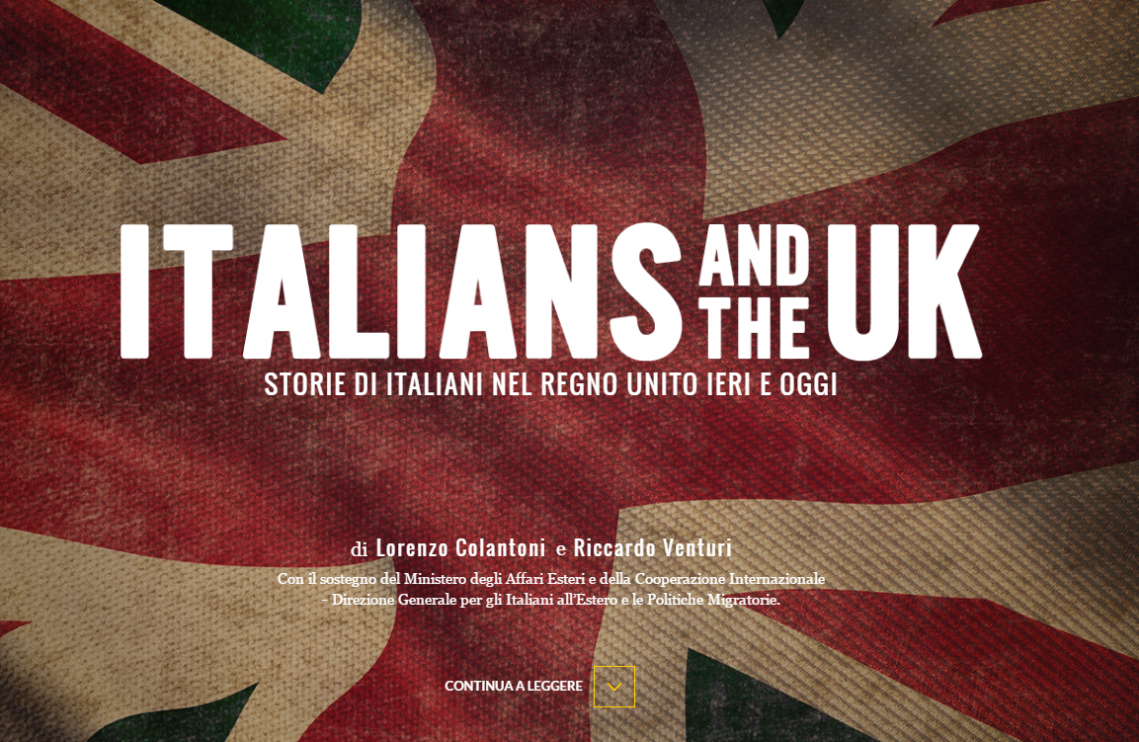 Multimedia - Italians in the World