Postcards from the other Italy – Italian taught to Mexicans

What does an Italian do in one of the most chaotic and dangerous megalopolises in the world? What can spur a 22-year old to move to Mexico City? Davide Dalla Vigna tells us his story in the sixth episode of the second edition of “Postcards from the other Italy”, the web series produced by the news agency ‘9colonne’ with the support of the Directorate General for Italians Abroad and Migration Policies of the Ministry of Foreign Affairs and International Cooperation. “I always say that I came here with a dream and an aim – Davide said – the aim of continuing my university career and concretizing it by teaching Italian and the dream of becoming a reporter here, in one of the most dangerous countries in the world.”

Davide works as a professor of Italian in two universities, in the Dante Alighieri Society and in the Italian Cultural Institute. Despite the city’s high level of poverty, pollution and crime, Davide calls Mexico City “his” town in the light of its growing cultural vibrancy that has made many people baptize it the “new Paris”. 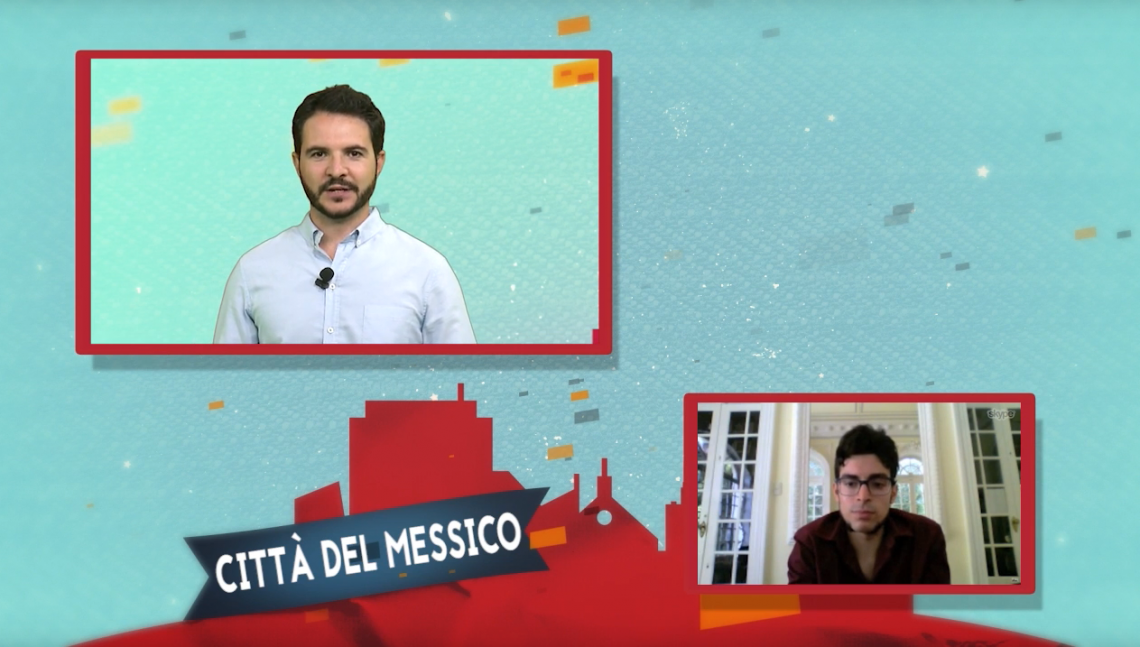 Postcards from the other Italy – Italian taught to Mexicans