Postcards from the other Italy - Nicola, big event designer in Rio​

The 12th episode of “Postcards from the other Italy”, the web series produced by the news agency ‘9colonne’ with the support of the Directorate General for Italians Abroad and Migration Policies of the Ministry of Foreign Affairs and International Cooperation, comes from Rio de Janeiro. The postcard is sent by Nicola, an architect from the province of Naples who went to Brazil four years ago. After a first job in Sao Paulo, Nicola moved to Rio, where he started working in the organisation of big events: from World Youth Day to Rock in Rio, the Rio Carnival and the Confederation Cup. Then, at the 2016 Rio Olympics, Nicola was put in charge of the hospitality areas. He told us: “It was extremely exciting and electrifying: I will never forget this quick-moving high-energy world.” “Postcards from the other Italy”, give a dynamic, natural, practical and updated storyboard of the other Italy, the one beyond the national borders: the dreams, expectations, comparisons, joys and disappointments of young Italians who have opted for making an experience abroad, whether for will or for necessity, using their testimonials to maintain that unbreakable tie that links them to their Country of origin. The interviews span from Brussels to New York, from Rio de Janeiro to Shanghai: every week the web series schedules a new video interview to outline the profile of the new generation of emigrants, visible on the 9colonne.it website, on the YouTube channel of Nove Colonne and on the website of the Ministry of Foreign Affairs. 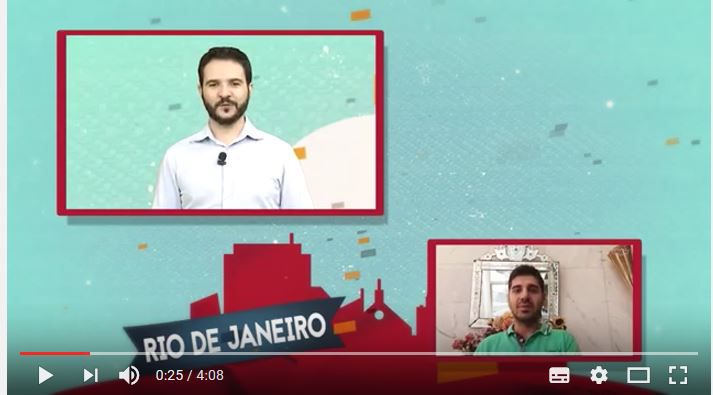 Postcards from the other Italy - Nicola, big event designer in Rio​