Fabrizio Nicoletti, the head of the Unit for Scientific and Technological Cooperation of the Ministry of Foreign Affairs and International Cooperation (MAECI), commented the renewal of the agreement between Italy and Kenya for Malindi's "Luigi Broglio" Space Centre. He said: "Supporting our points of excellence in the aerospace sector - at bilateral and multilateral level - is a priority action of the Ministry of Foreign Affaris and International Cooperation in promoting Italian technology." The Center, created by Professor Broglio from Rome's University 'La Sapienza', is a pole of excellence in Italian aerospace technology and an instrument of scientific and technological dialogue with the entire continent of Africa. "The aerospace sector has always spearheaded the promotion of Brand Italy. Italy was one of the first countries to invest in Space; with the San Marco Project in the 60s, it was the third country in the world to place a satellite into orbit," said Nicoletti.

The agreement was signed by Stefania Giannini, Minister of Education, University and Research (MIUR) and by the President of the Italian Space Agency (ASI), Roberto Battiston, on the sidelines of the first "International Space Forum" held in Trento. It includes five implementation protocols, namely "Support to the Kenyan National Space Agency", "Establishing a Regional Centre for the Observation of the Earth", "Access to Earth Observation Data and Scientific Data", "Training and Educational Activities", "Telemedicine". The extension of the agreement is the positive outcome of talks conducted by the Foreign Ministry with ASI, MIUR, the Ministry of Defense and other ministries. It ensures the continuation of the Center's activities which have included the launching of several satellites, and which now provides support to space missions and satellite data acquisition. The Centre acts in close cooperation with the European Space Agency (ESA)  within the framework of the trilateral Italy-Kenya-ESA Protocol signed in 1995.

The "International Space Forum" taking place in Trento was attended by forty international delegations. The event, organised by the International Astronautical Federation, the International Academy of Astronautics and by the Italian Space Agency, was attended by Minister Giannini and Fabrizio Nicoletti and scheduled contributions by the Governor of the Trentino Alto Adige region, Ugo Rossi, the Rector of the University of Trento, Paolo Collini, and executives from IAF,IAA and ASI. The Forum included topical issues on the international political agenda such as climate change, big data, and the protection of the Earth. The Forum will produce a Manifesto on Space to be signed by all the members. 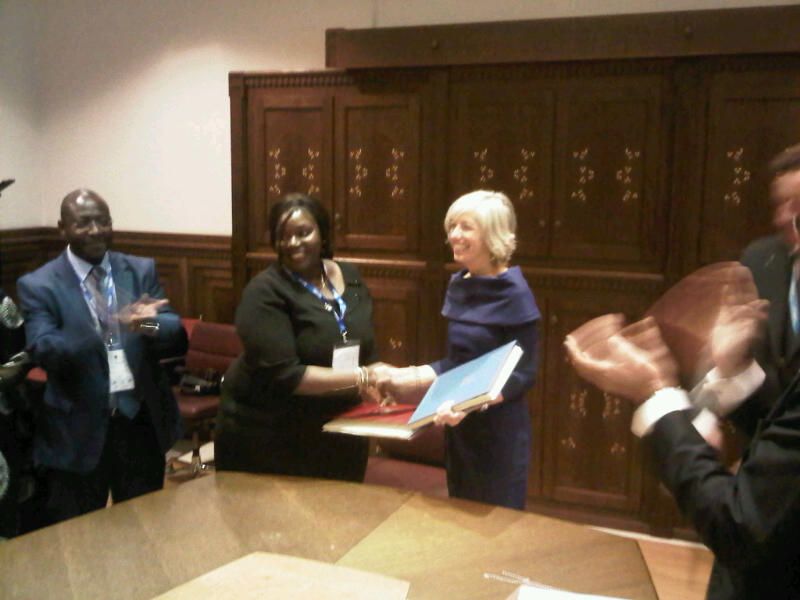 Ministry of Education, University and Research