The Director General for the promotion of Italy's cultural, economic and innovation system of the Ministry of Foreign Affairs and International Cooperation,Vincenzo De Luca, participated at the 1st Biennial of Italian Cooperation at Palazzo Re Enzo in Bologna.

The Director General's mission addressed modes and tools to enhance the Farnesina's and Italian diplomatic actions across the world, promoting Italy's excellence. Mr De Luca participated in a debate with the Governor of the Emilia-Romagna region, Stefano Bonaccini, and announced the launching of the first "Week of Italian Cuisine in the World" to take place on Nov 21-27. Over 100 embassies, consulates and Italian Institutes of Culture will promote Italian top quality wine, food and agricultural products for seven days.

During his mission in Bologna, Mr De Luca visited the construction yard of the first theme park on Italian agrifood excellence, Fico EATALY World (Fabbrica Italiana Contadina). He met with Tiziana Primori, CEO of EATALY World Bologna, where they discussed possible forms of collaboration with the Farnesina and its diplomatic-consular network. They aim to further support small-to-medium enterprises (SMEs), which are the backbone of the industry and which will have a noticeable presence within the Fico EATALY World project. 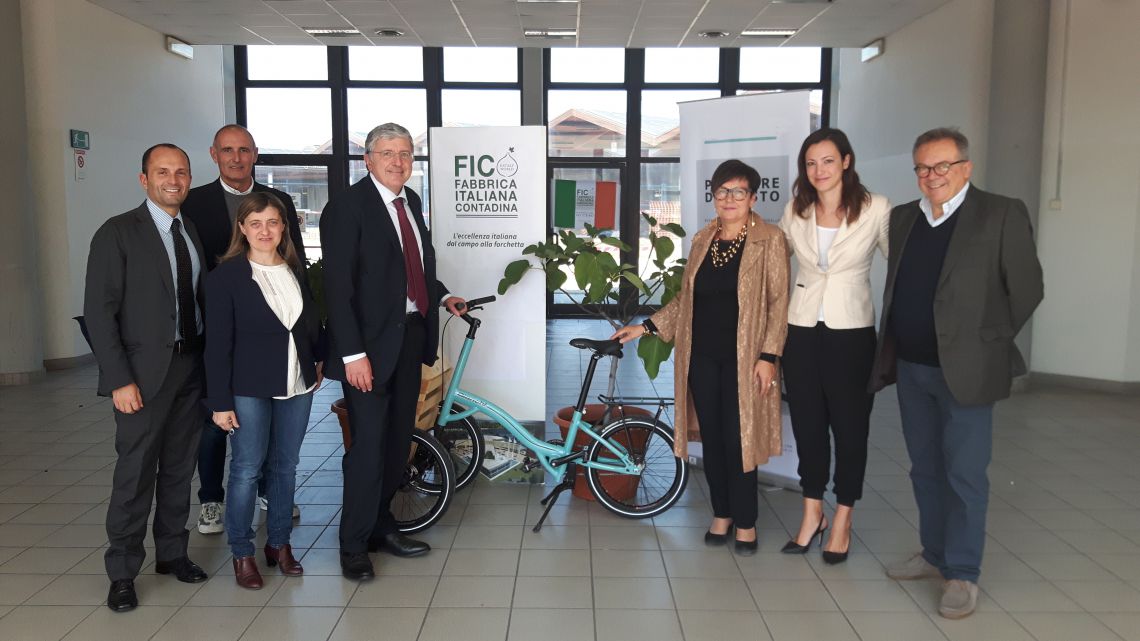