The Ministry of Foreign Affairs and International Cooperation will host the  “Worldwide Ban on Female Genital Mutilation”  conference on Monday January 30 and Tuesday January 31. It is organised by the NGO “Non c’è pace senza giustizia” , in collaboration with the Ministry and the Italian Development Cooperation Agency.

The conference is part of the BANFGM project, funded by the Italian Development Cooperation in 2014, on the political, institutional and legal aspects of eradicating female genital mutilation (FGM) in the French-speaking African countries  - Burkina Faso, Ivory Coast, Gambia, Guinea, Mauritania, Niger and Senegal. The conference will assess progress made at a national and international level, also in the light of the resolution adopted by the U.N. in December, which was negotiated with Italy's active participation.

It will include an opening plenary session on January 30, in the morning. Those due to take part include Benedetto Della Vedova, Undersecretary of State for Foreign Affairs and Interantional Cooperation, Elisabetta Belloni, Secretary General of the Farnesina, Emma Bonino, founder of the  “Non c’è pace senza giustizia” NGO, Lalla Malika Issoufou, First Lady of Niger, Chantal Diallo, representing the First Lady of Burkina Faso, Silka Kabore, Punami Doko-Toko, rappresenting Claudine Talon, First Lady of Benin. Addresses by the ministers  on the issue will follow, including the signitaries from Mauritania and Senegal, the President of the Inter-African Committee on Traditional Practices, Mariam Lamizana, the Commissioner for gender issues of Ecowas, Fatima Dia Sow, the Counsellor for Women's Rights of the Office of the U.N. Human Rights High Commissioner, Caroline Ouaffo Wafang, the founder and President of Crans-Montana Forum, Jean-Paul Carteron.

A group picture is scheduled to take place at 12.30. Parallel sessions will follow on Monday January 30 and on Tuesday morning on the specific aspects of the international campaign to eradicate FGM. The final session will be held on Tuesday afternoon, starting at 5 p.m., with contributions by Emma Bonino, Morissanda Kouyaté, Executive Director of the Inter-African Committee on Traditional Practices, Luca Giansanti, Director General of the Political Affairs and Security of the Ministry of Foreign Affairs and International Cooperation, and Pietro Sebastiani, Director General of Development Cooperation.

The conference will be held in Italian, English and French and simultaneous interpretation will be available. The event is open to the press and will be live streamed by Radio Radicale. The sessions will include: personal integrity vs. harmful practices (session I), the Resolution adopted by the U.N.General Assembly and the regional organisations (session II), the development and the reversions of the regulations framework (session III), the consequences related to the wrong identificaion of the FGM issue (session IV), the "Starting from Girls" initiative of the WE Committee - Women Empower the World (Session V), effective advocacy for a sustainable change (session VI). 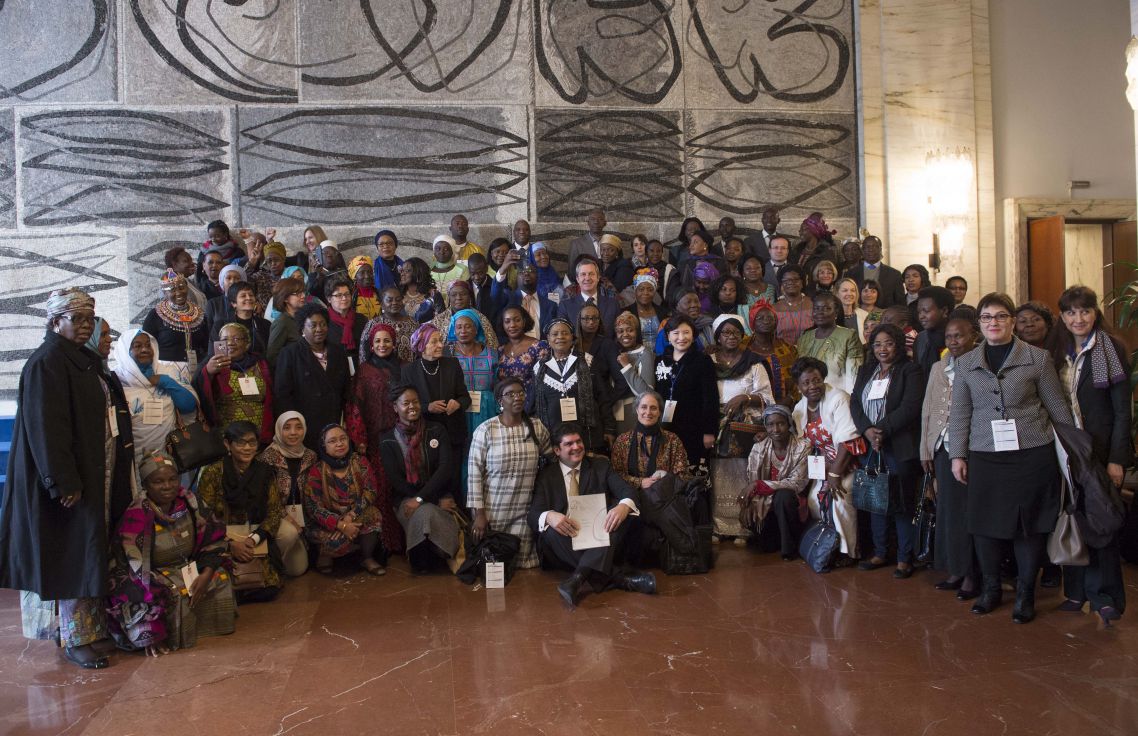 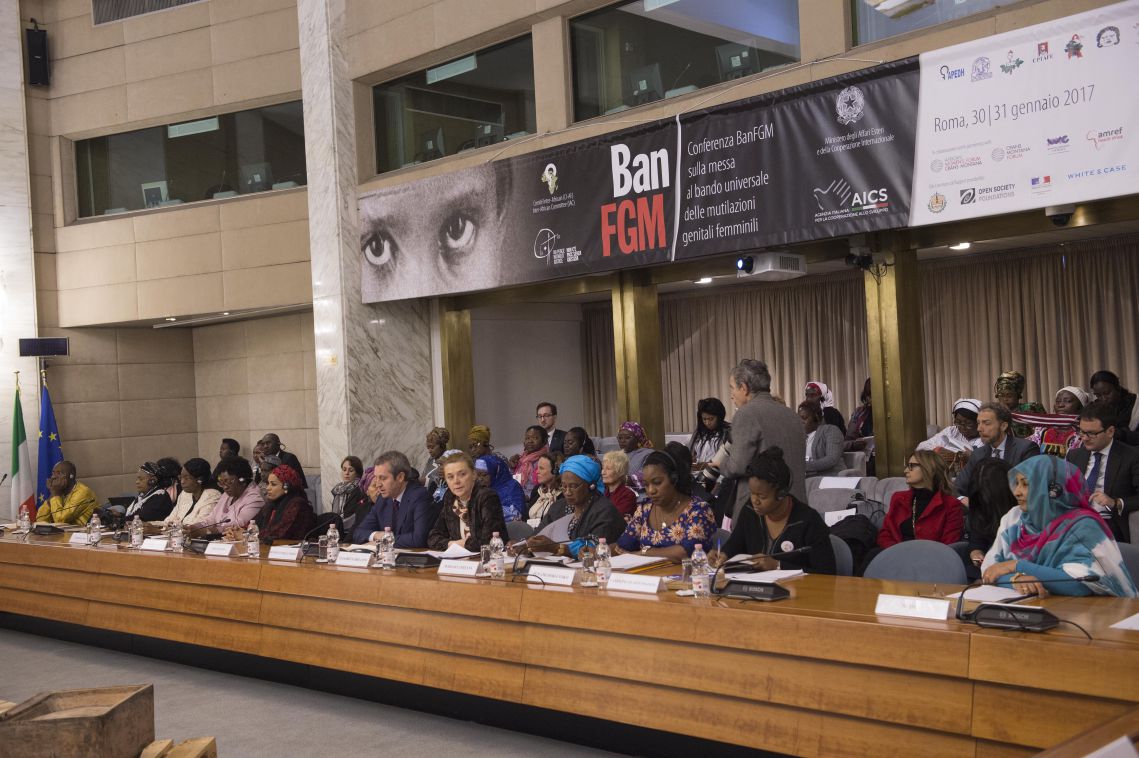 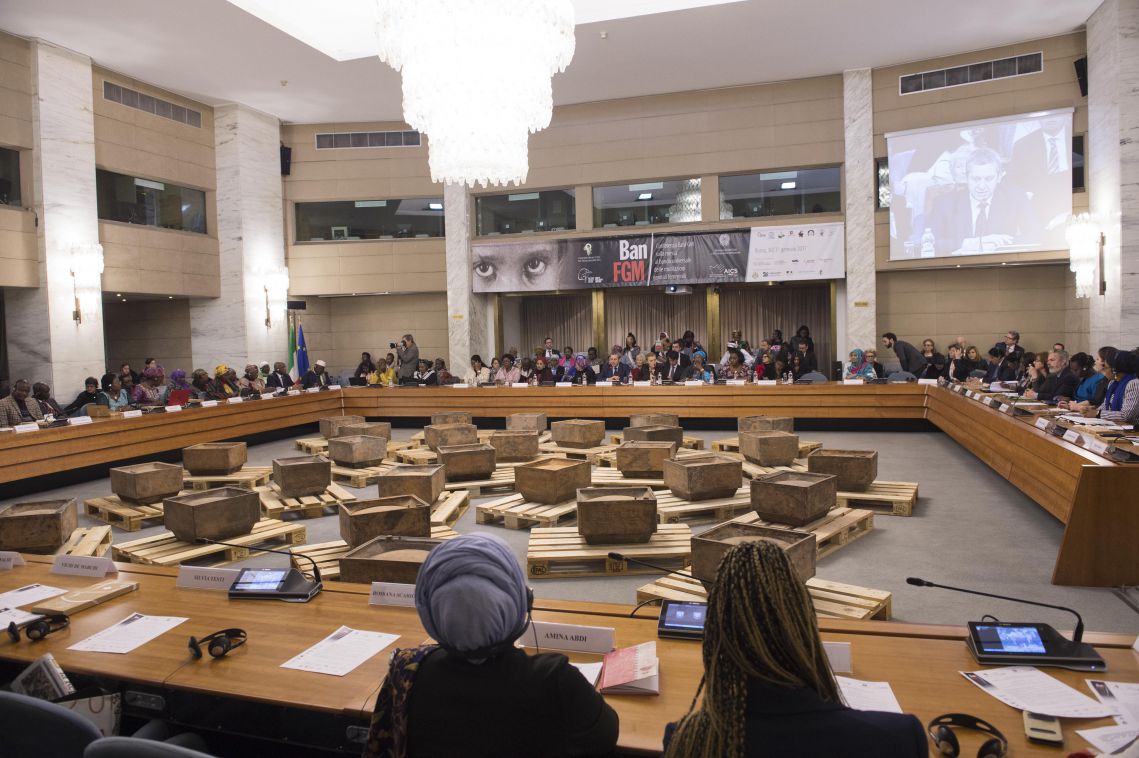 The Italian committment for FGM eradication

No Peace Without Justice