“The re-launching of Europe and the Rome treaties”

The Conference “The re-launching of Europe and the Rome Treaties”, organised by the Ministry of Foreign Affairs and International Cooperation (MAECI) in conjunction with the Istituto Affari Internazionali (IAI) as part of the celebrations of the 60th anniversary of the signing of the Treaties of Rome, was opened by the Secretary General of the MAECI, Ambassador Elisabetta Belloni, and by the State Secretary at the Presidency of the Council of Ministers in charge of European Affairs, Hon. Sandro Gozi.

The programme of the Conference also included the inauguration of the exhibition “Ever Closer Union”, presented by Vincenzo Grassi, Secretary General of the European University Institute (EUI). Thanks to this exhibition, the Historical Archives of the European Union reconstruct the entire history of European integration, from the Ventotene Manifesto to now, through documents, images and testimonies displayed in 14 panels grouped into 4 thematic areas. The historical introduction is followed by a documented analysis of the legacy of the Treaties of Rome on the economic, social and international dimension of Europe, past and present, and ends with a look at the challenges of the future.

The exhibition “EVER CLOSER UNION – UN’EUROPA SEMPRE PIU’ UNITA”, will be on show for the rest of the year – especially around the 25th of March, the anniversary of the signature of the Treaties of Rome – in the EU Member States and in the rest of the world, from Brussels to Helsinki, from Paris to Lisbon, from Frankfurt to Algiers, from Shanghai to Kuala Lumpur, in a total of 200 different venues. 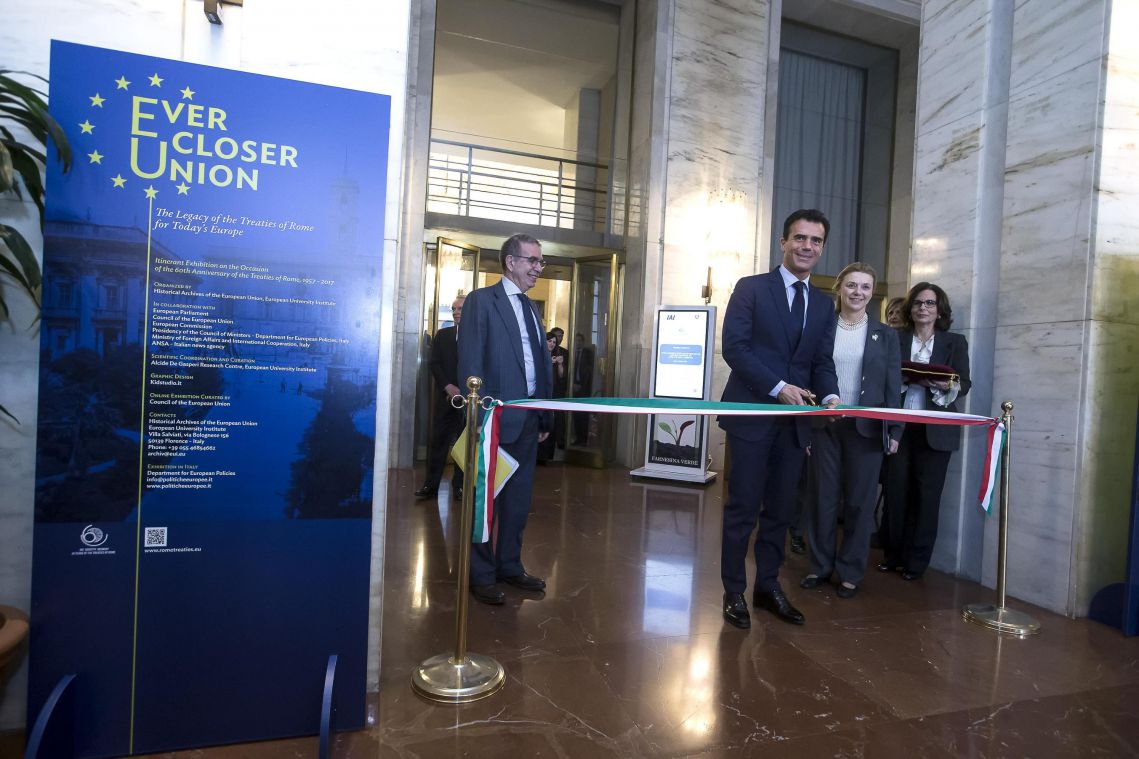 “The re-launching of Europe and the Rome treaties” 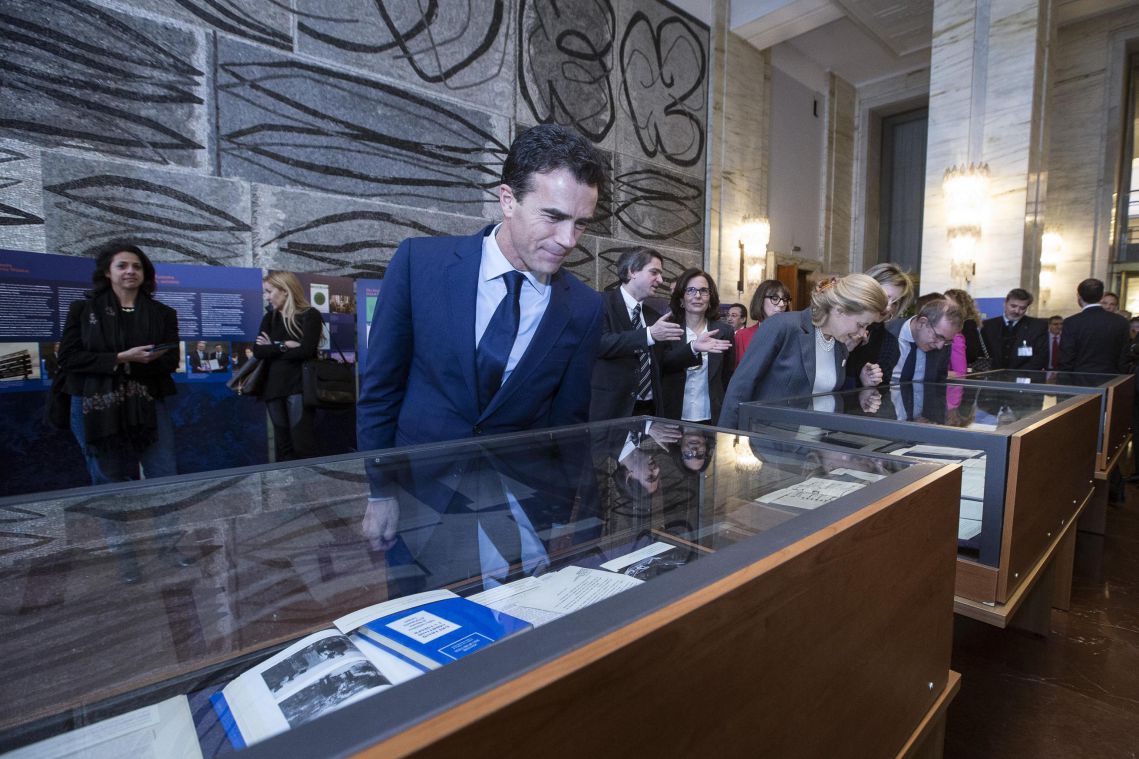