Italy was one of the exhibitors at the 43rd Vitória Stone Fair - Marmomacc Latin America event from 4 to 8 June this year. The Fair is one of the leading global events dedicated to marble and natural stone. Our ambassador in Brasilia, Antonio Bernardini, attended the opening ceremony along with a number of Italian companies. The Italian Trade Agency - ICE organised a training course for South American specialists dedicated to stone-working machines. The sector accounts for a significant portion of bilateral trade between Italy and Brazil. In 2015, Italy was the third biggest buyer of Brazilian natural stone exports (particularly blocks of "Exóticos" and Quartzite, which only exist in Brazil) and the figures for 2016 are expected to be higher. On the side of machinery exports, Italy is Brazil's main supplier, a market that represents Italy's fifth-largest market for stone-working machinery in terms of sales. The Fair therefore represented a major opportunity for Italian businesses, particularly as visitor numbers increased from last year. In 2016, there were over 25,000 visitors and 420 exhibitors, around 30 percent of them from 14 foreign countries. 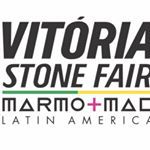