Minister Alfano meets his Cuban colleague at the Farnesina

“ I wish to express my satisfaction for the excellent bilateral political dialogue. Italy follows with great interest the 'updating' process of the national economic system which Cuba initiated six years ago and then ratified last year, on the occasion of the 7th PCC Congress. The process is offering more opportunities to family-run micro-enterprises and cooperative companies which operate in agriculture as well as in other fields. It also promotes foreign investments, and supports a greater diversification of international partners. We are very interested in strengthening our economic relations with Cuba, especially in sectors such as agribusiness, infrastructure, transportation, tourism and energy," said the Minister of Foreign Affairs and International Cooperation, Angelino Alfano during the talks he had with his Cuban colleague, Bruno Rodriguez Parrilla, at the Farnesina. The Ministers expressed their satisfaction for the way the dialogue between the EU and Cuba is developoing, also as regards human rights. Bilateral relations, regional issues (US- Cuba relations and an analysis of the situation in Venezuela), European  (EU-Cuba relations) and global (universal moratorium on death penalty) issues were among the themes on the meeting's agenda. 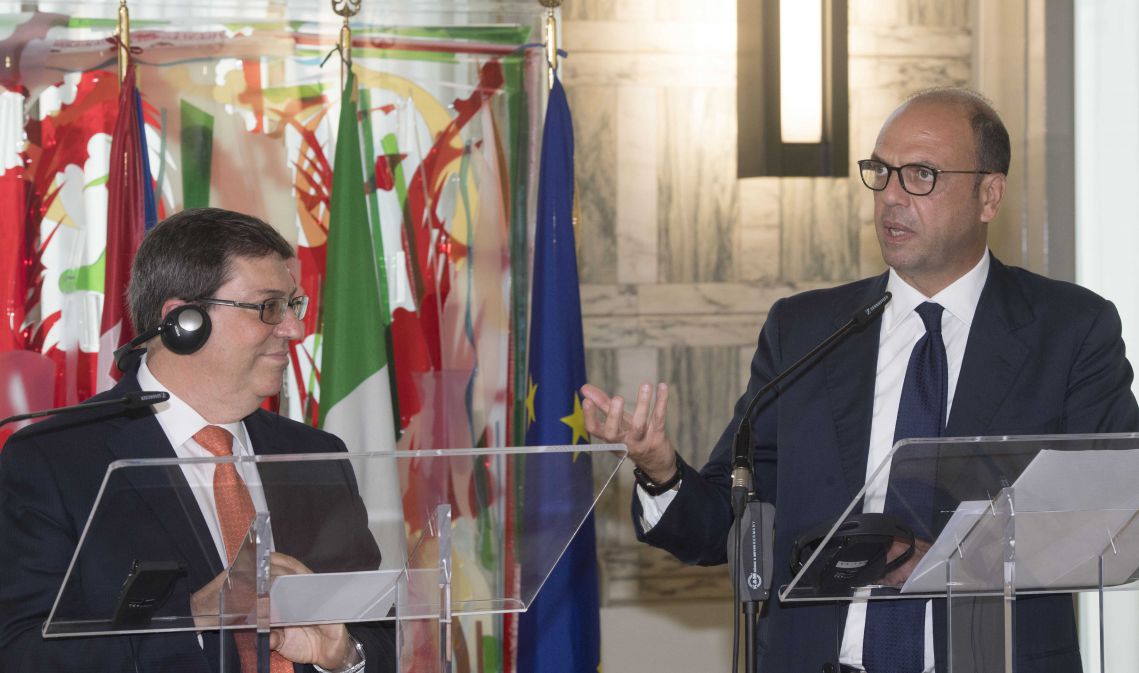