Undersecretary Della Vedova at the Expo inauguration in Astana

The International Expo in Astana, the first Expo after the Universal one in Milan in 2015, is dedicated to the theme of "Energy of the Future" and will be open to the public from 10 June to 10 September 2017. There will be 115 countries and 22 international  organisations participating.

In addition to the Ministry of Foreign Affairs, the Ministry of Economic Development (through the ICE Agency) and the Ministry of the Environment and Protection of Land and Sea, the Italian pavilion in Astana will feature 15 Italian regions in rotation and 10 private sponsors, including the following companies, foundations and associations: Assolombarda, Bracco, ENEL, Enerco Distribuzione, Expertise/KIOS, Fondazione Alessandro Volta, Fondazione Milano per Expo 2015, IVECO/CNH Industrial, OICE, and SITIE. On 7 June, our Pavilion was the first, among all the countries present, to be completed and delivered to the organisers.

The ENI group, which has been in Kazakhstan since its independence in 1991, is a partner of the pavilion and is also sponsoring the tour by the Symphony Orchestra of La Scala, which will open with a premiere of "Falstaff" on 1st September during the Expo's National Italian Day.

Contributions to the Italian Pavilion, designed by Studio ABDR Architetti Associati, with state-of-the-art audiovisual content created by  Architect Stanislao Cantono Di Ceva, have been made by RAI, Istituto Luce, Istituto Europeo di Design, Fondazione Altagamma and Federazione Italiana Nuoto, the latter with a 360° video featuring the Italian synchronised swimming team. Construction of the Pavilion was entrusted to the Marche-based company Renco. The Pavilion will be managed during the three months of the Expo by Italo-Kazakh company Beyond Limits. The catering - cafeteria in the Pavilion has been entrusted to Lombard company Ristogest.

Italy will also have a presence outside the national Pavilion at Expo Astana. The Italian Culinary Institute for Foreigners (ICIF) is running two restaurants in the international exhibition area. Another Italo-Kazakh company, called E-venti Kazakhstan, has been selected as the Unique Service Provider to manage business matching services between companies taking  part in the Expo via a similar IT platform to the one successfully adopted by Expo Milan 2015. Italy has entrusted E-venti with managing the business-to-business meetings within its pavilion.  Furthermore, the CMD Motor project is among the 20 selected for the "best practices" pavilion, and Veneto-based company Ikoi is also presenting its low environmental impact technologies for refining gold and precious metals in the Kazakhstan pavilion. 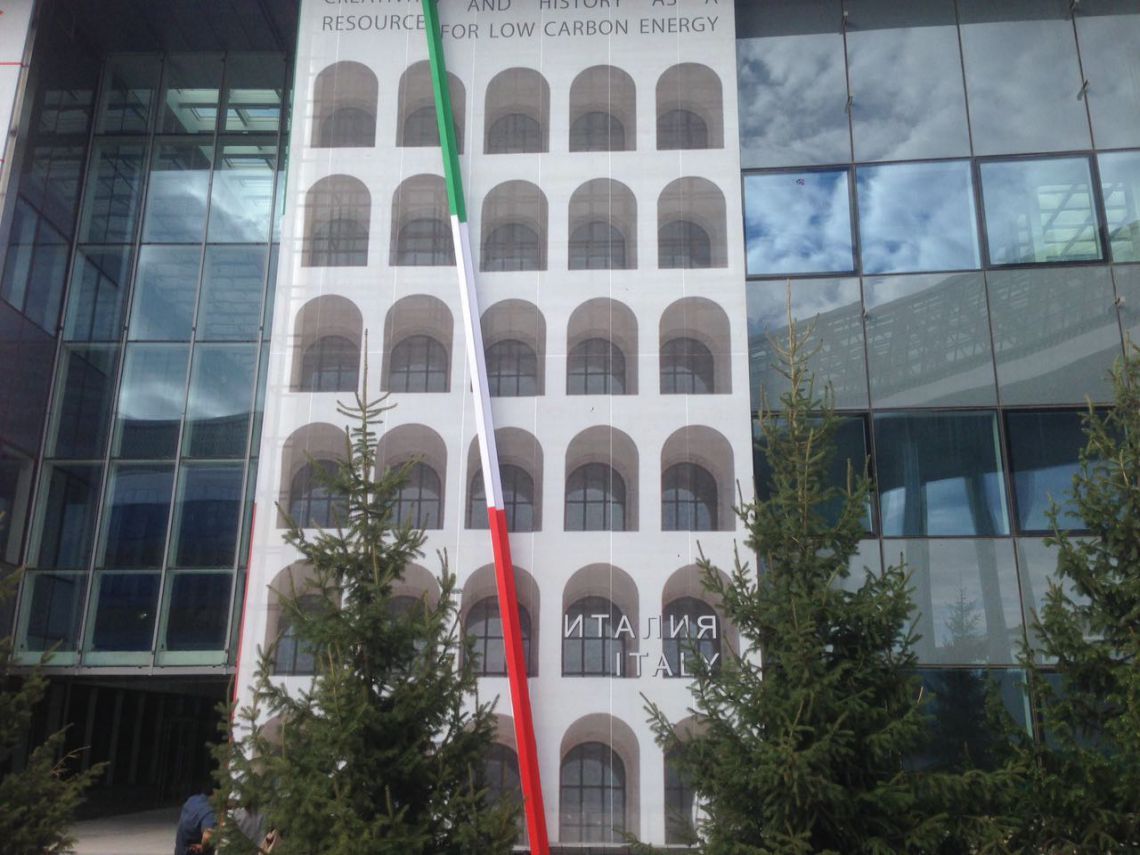