2017 Trieste Summit on the Western Balkans

The official logo of the Western Balkans Summit, to be held in Trieste on 12 July under the Italian Presidency, was launched today.

The logo has been designed to celebrate the highest moment in the Italian Presidency of the "Berlin Process". The city of Trieste, which will be hosting the Summit, is represented through its well-known symbol - Saint Sergius' halberd, while three colour waves recall the dorsals that drive the process. In Trieste they find their natural, historic meeting point: the Adriatic-Ionian, the Central-Southern European and the Balkan dorsals. 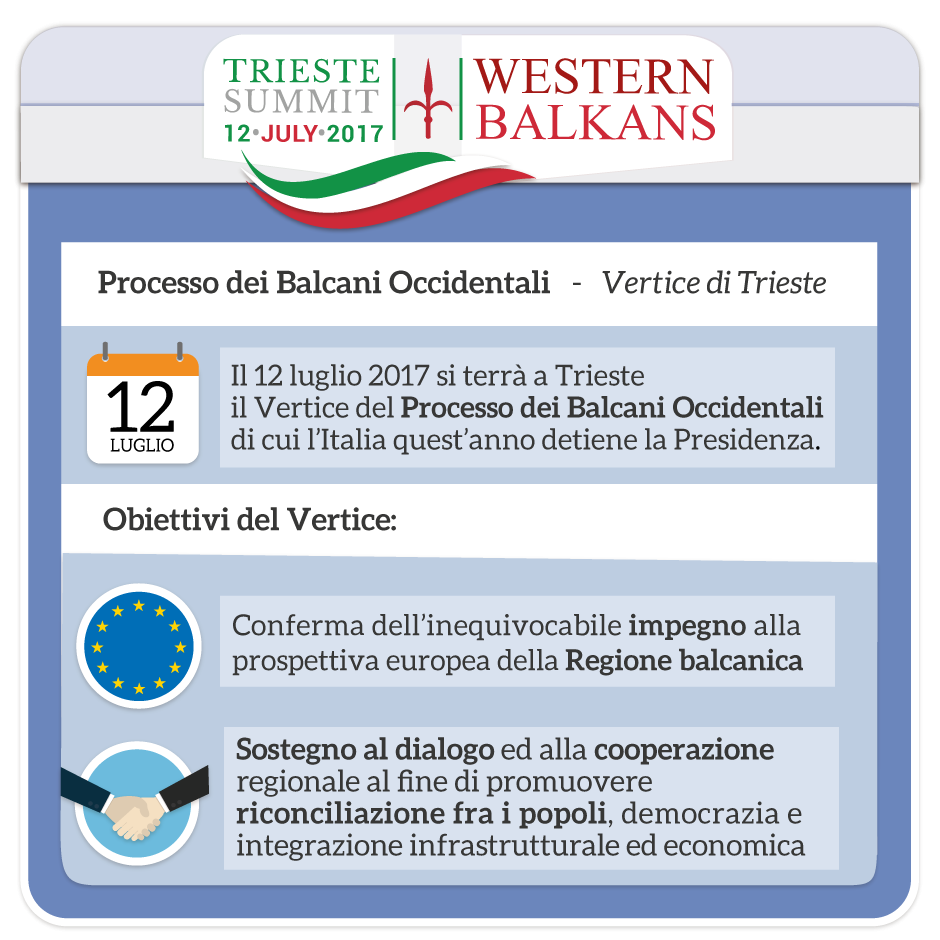 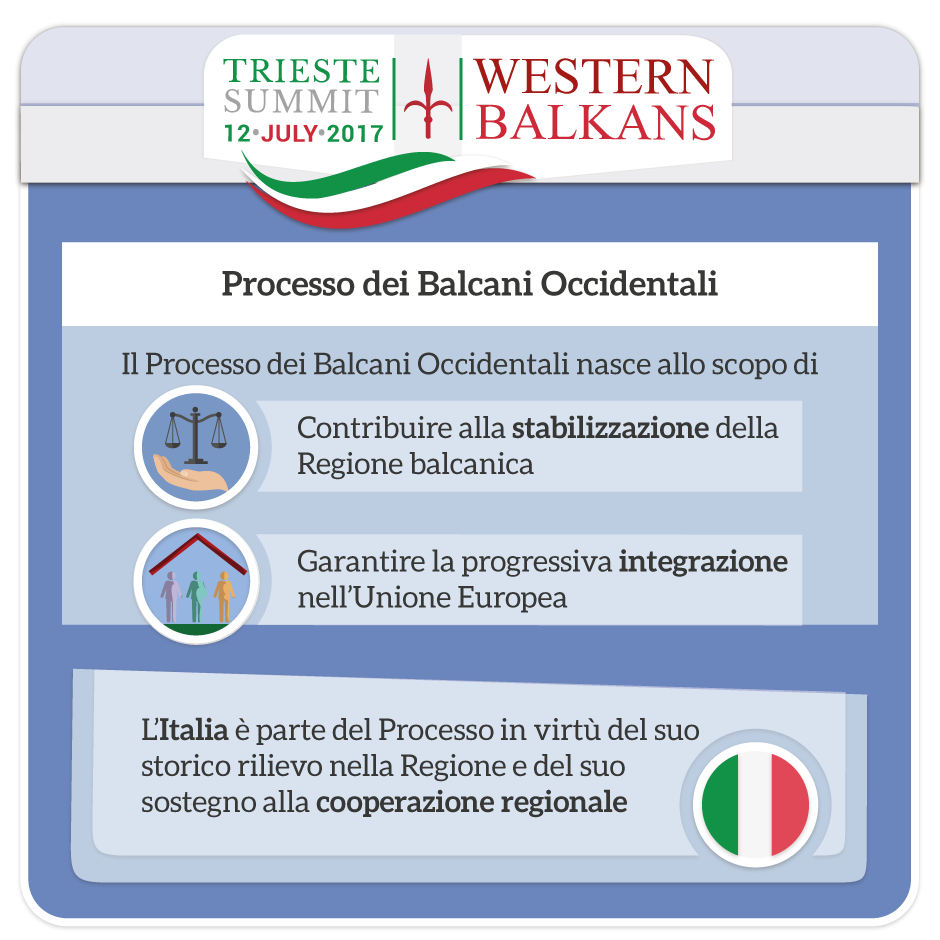 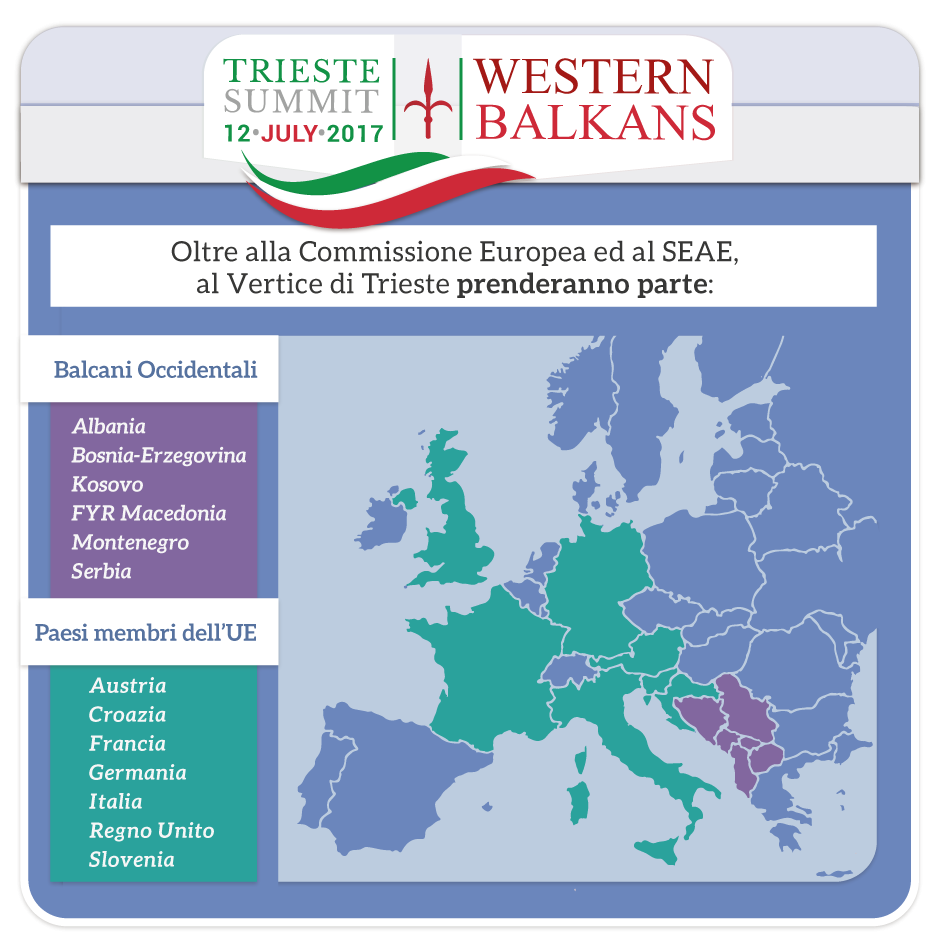