Jordan - The Jordanian Italian Forum for Cooperation (JIFCO) is founded

A ceremony held at the Grand Hyatt Hotel in Amman marked the official opening of the Jordanian Italian Forum for Cooperation (JIFCO), the new association bringing together the Italian and Jordanian business communities. The association is under the guidance of the President of the Forum, Omar M.H. Al Jazy. Arianna Barilaro, executive director and the force behind the initiative, introduced the event.
Among the audience there were personalities such as Princess Wijdan Fawaz Al Hashemi, formerly the Ambassador of Jordan to Italy, the presidente of the Chamber of Commerce of  Amman, Sen. Issa H. Murad, the former Prime Minister, Aman Shawkat Al-Khasawneh, and many entrepreneurs as well as representatives of civil society, culture, and NGOs, which assembled to celebrate the creation of the Forum. It is “a new element of the Italian System in Amman”, aiming to promote exchanges and bilateral investments, and is made up by the Italian Embassy, ICE (the Italian Trade Agency), and now also by JIFCO.
Ambassador Brauzzi highlighted the importance of the 'Italian Brand' in Jordan. "Anything that references style, elegance, fashion, and top-quality taste has the ambition of being Italian," underlined the Ambassador. "'Made in Italy', however, also means responsibility. One cannot improvise being Italian because the added value of our country on the world's scene implies high quality in every field."
There are significant margins for improvement in the exchange between Italy and Jordan, as highlighted by the director of the ICE agency in Amman, Alessio Ponz de Leon Pisani. Currently, the exchange between the two countries accounts for slightly over 800 million euro per year, with a considerable positive balance for Italy. The country is also Jordan's second European business partner for Jordanian imports, and a leader in mechanical engineering, logistics and industrial projects. "Italy is not only fashion and food. It's also industry, high-standard and top-quality manufacturing," added the Ambassador, pinpointing these sectors as the ones having the most significant potential. 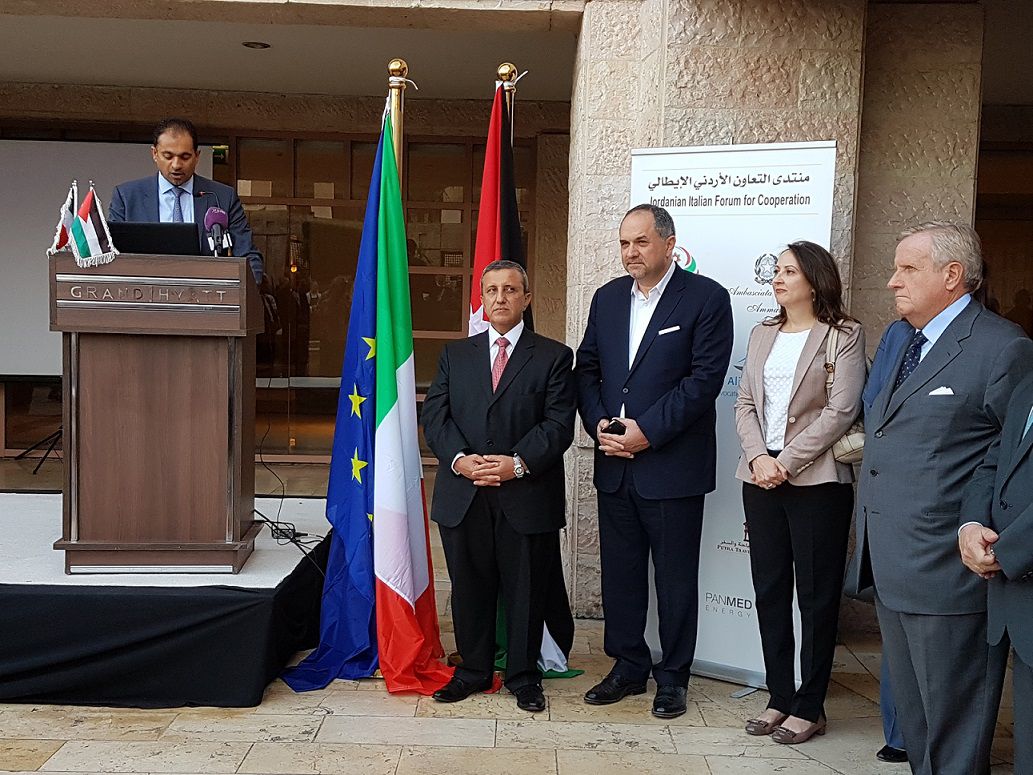 Jordan - The Jordanian Italian Forum for Cooperation (JIFCO) is founded