The first Ministerial Conference of the Global Geothermal Alliance (GGA), entitled “Working Together to Promote Geothermal Energy towards a Sustainable Energy Future” will take place on 11 September in Florence, the capital of Tuscany, which is the cradle of geothermal energy. This is where the world’s first plant producing geothermal energy started operating in 1913.

GGA is a “multi-stakeholder” platform, launched at the COP21 in 2015 by the International Agency for Renewable Energy (IRENA), with the aim of achieving the ambitious goals set under the Paris Agreement by enhancing the exploitation of geothermal energy worldwide.

Through this initiative Italy, in the capacity of Chair of the General Assembly of IRENA for 2017, will further enhance its proactive role in encouraging international actions to promote the transition to renewable energy sources worldwide.

The Florence Conference will be open, among others, by the Minister of the Environment Gian Luca Galletti and by the Deputy Minister of Economic Development, Teresa Bellanova. The Foreign Ministry will be represented by the Director of the General Directorate for Globalisation and Global Affairs, Massimo Gaiani. 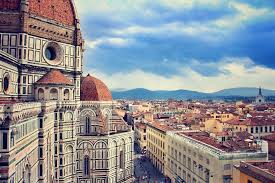