" We are extremely pleased with the level of our bilateral cooperation and trust we will be able to make it grow even stronger. We commend the efforts the UAE government has undertaken to diversify its economy: our Italian companies are ready to give their contribution in a wide variety of sectors, starting from energy and infrastructure to cultural exchanges," said the Minister of Foreign Affairs and International Cooperation, Angelino Alfano, to his colleague from the United Arab Emirates, Abdallah Bin Zayed Al Nahyan, with whom he met in New York on the sidelines of the 72nd United Nations General Assembly.Economic issues as well as international questions were the main points on the meeting's agenda.  With reference to the present crisis in the Gulf area, Alfano said that "our priority is keeping the fight against extremism and terrorism at the top of the regional political agenda. We believe that we need to solve the Gulf crisis in full respect of the international law, prevent its escalation and only pursue diplomatic efforts in achieving a solution."
As to Libya, Minister Alfano pointed out that "the United Arab Emirates are a key partner. We are aware of the far-reaching network of relations that Abu Dhabi has in the region and we appreciate the positive cooperation that we have been able to develop with the UAE over time. This is why we count on Abu Dhabi's support to the action of the new Secretary General Special Representative Ghassan Salamé and to the central role  the UN can play in regional and international efforts to foster an inclusive political process and the full implementation of the Political Accord." 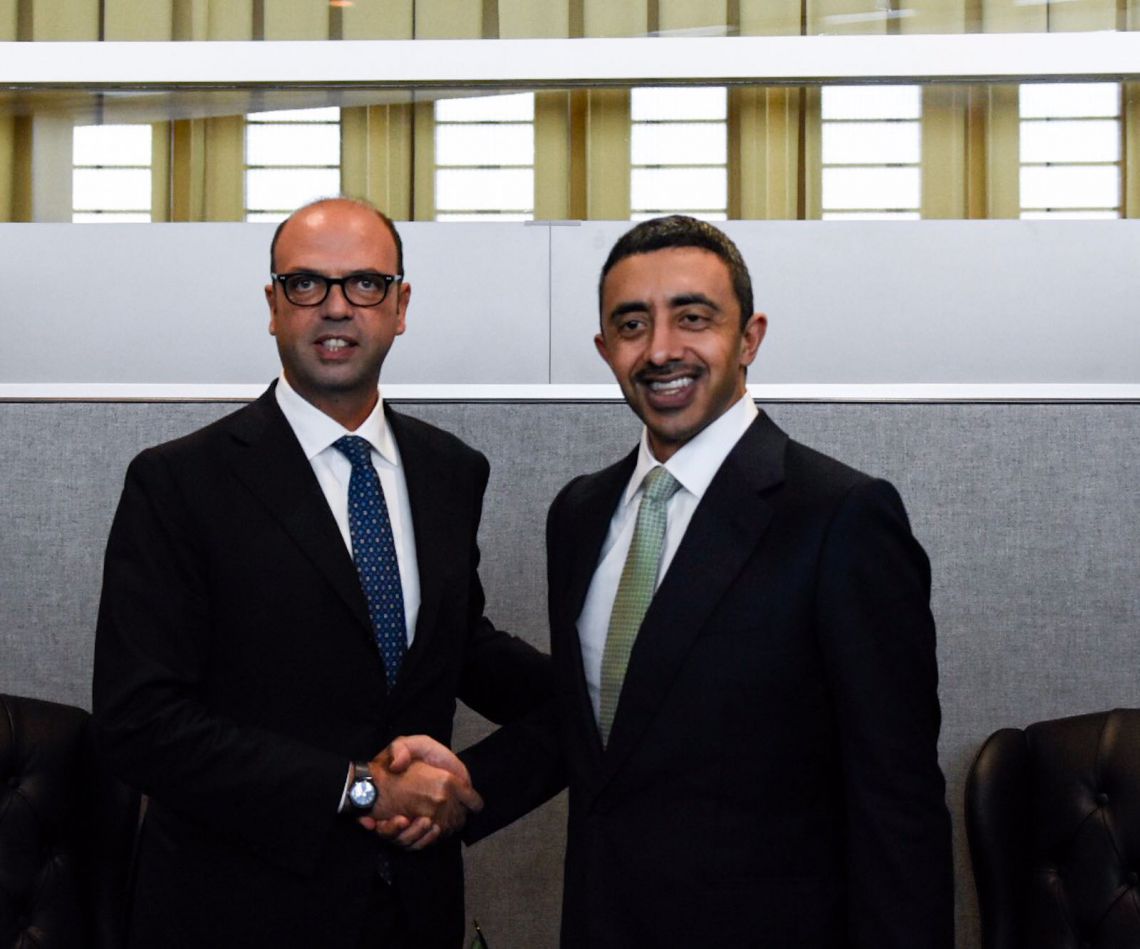 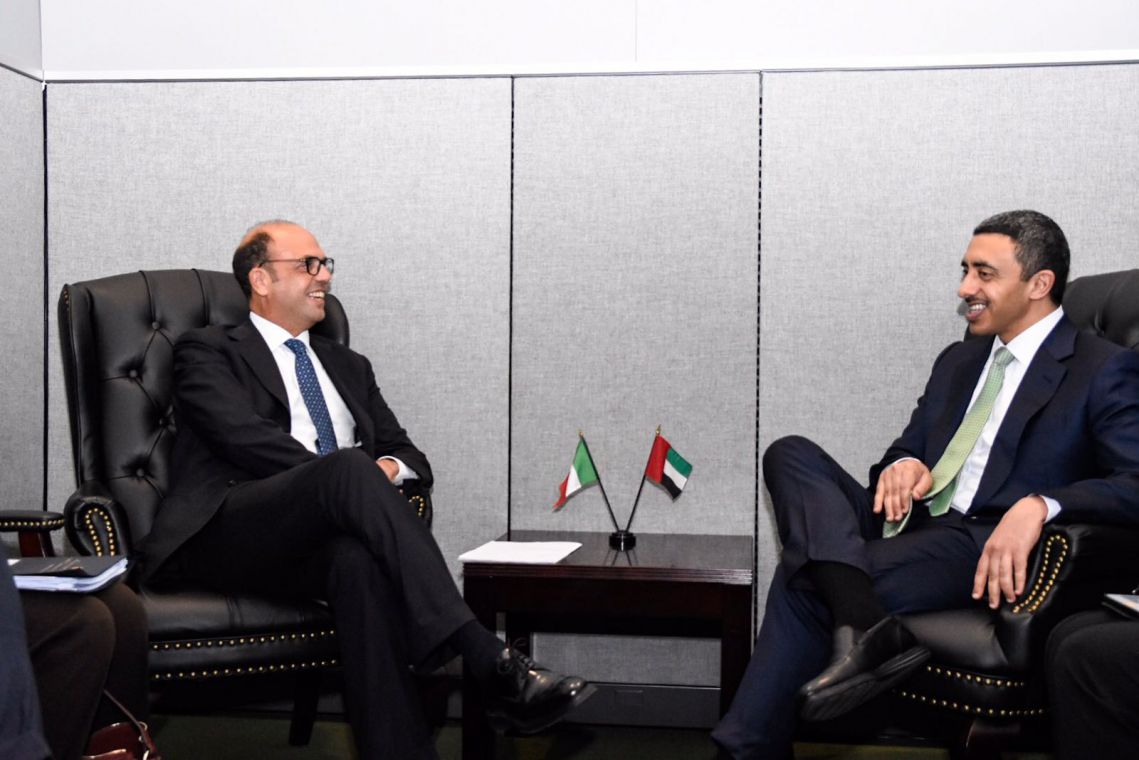