17th Week of the Italian Language in the World: "Italian at the Cinema, Italian in the Cinema"

Minister Alfano: “Italian is becoming increasingly known abroad as a language capable of transmitting the values of beauty and quality that constitute the cornerstones of a lifestyle appreciated worldwide. With the Week of Italian Language we celebrate the bond that exists between our language and the Country’s great creative and economic points of excellence.”

The 17th edition of the Week of Italian Language in the World will be celebrated from 16 to 22 October under the High Patronage of the President of the Republic. This year’s theme is: “Italian at the Cinema, Italian in the Cinema". Organised by the Ministry of Foreign Affairs and International Cooperation together with the Dante Alighieri Society and with the support of the Swiss Confederation, over the years the Week has become the most important event dedicated to promoting the Italian language abroad. Every Week is dedicated to a different theme, which serves as the leitmotif for a vast programme of conferences, exhibitions and events featuring the major players of Italian culture. This year, continuing along the path dedicated to creative industries undertaken in 2013, the theme chosen is the cinema, to highlight the role that the film-making industry and its stars had in developing our society and our language. For the occasion, the Accademia della Crusca will propose a volume dedicated to the Week, which will be available online, free of charge, from 15 to 22 October, while the Rai TV networks and Italian cinema theatres will screen a short film specifically produced for the Week.

As part of the Week, the event entitled “Italian in a Changing World” will be held at the Rome facilities of the Dante Alighieri Society on 18 October. The event, which is part of the process started in 2014 with the States General of the Italian Language, will be attended, among others, by Roberto Cicutto, President of the Istituto Luce Cinecittà, film director Niccolò Castelli, actor Fabrizio Gifuni and screenwriter Stefano Rulli.

The wide variety of initiatives offered by Italian Embassies, Consulates and Italian Cultural Institutes to all the lovers of the Italian language can be found on the Italian Language Portal which, starting this year, is also available in the new English version.

Film screenings are the highlight of this year’s programme, with the presence, among others, of Pierfrancesco Diliberto “PIF” in Copenhagen, film director Gianfranco Cabiddu in Minsk, Nicoletta Braschi at the Italian Cultural Institute in Toronto, and with the participation of 8 Italian films at the 33rd Film Festival of Haifa.

As every year, the Week will also schedule several lectures by the major protagonists of Italian culture.  At the Italian Cultural Institute in New York film director Nanni Moretti will illustrate the importance of the choice of language in his films, together with Giuseppe Antonelli, university professor and presenter of the radio programme “La lingua batte”. Brussels will host the Conference “The Italian we speak and write”. In London, as part of the “Festival of Italian Literature in London”, co-organised by the Italian Cultural Institute and the community of Italian authors residing in London, Giancarlo De Cataldo will talk of the relationship between literature, language and TV series while Pietro Bartolo, based on the film “Fuocoammare” by Gianfranco Rosi, will describe his experience as a medical doctor on the Island of Lampedusa.

Lastly, numerous Italian language scholars will analyse the relationship between Italian and the cinema: among these, special notice should be taken of the lectures by Prof. Carlo Marazzini, the President of the Accademia della Crusca, at the Italian Consulate in Lugano and by Prof Giuseppe Patota at the Italian Cultural Institute in Zurich. 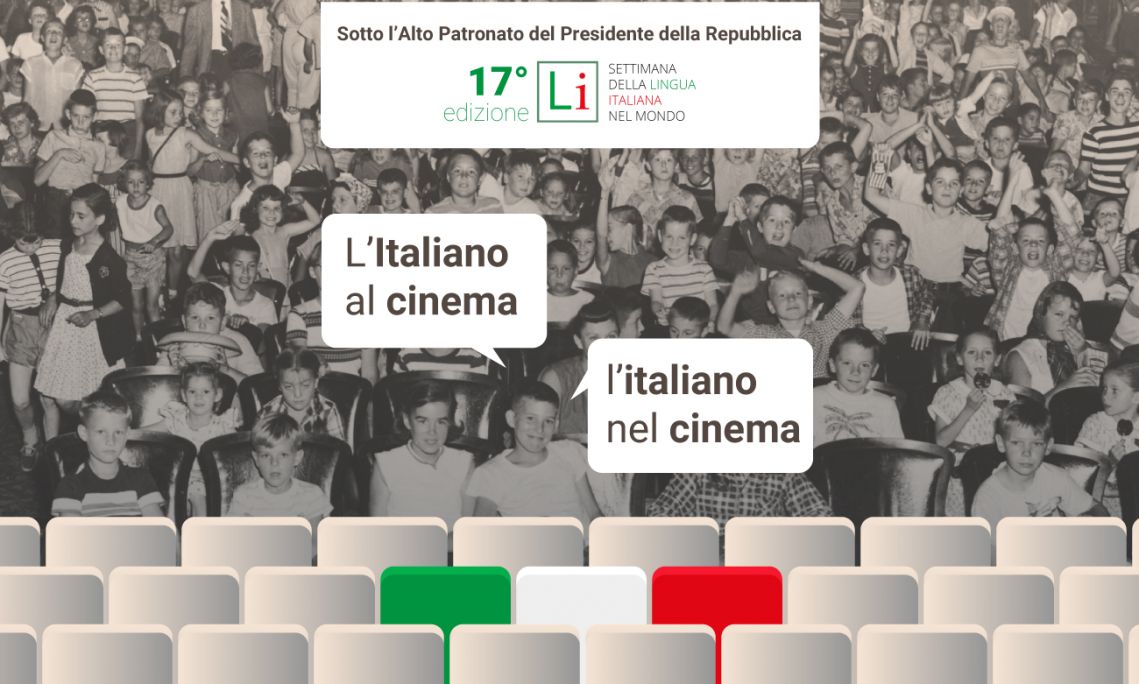