An international conference entitled "Cities of Africa" opened today at the Farnesina. The Minister of Foreign Affairs and International Cooperation, Angelino Alfano, and the Executive Secretary of the United Nations Economic Commission for Africa (UNECA), Vera Songwe, made the opening remarks. African ministers and mayors, researchers, architects and entrepreneurs will meet for an in-depth discussion about urbanisation in Africa, a phenomenon which has become ever more important at the global level."The development of the African continent represents one of the most important challenges of this century, but also a major opportunity for  our country," said the Minister of Foreign Affairs and International Cooperation, Angelino Alfano. "Our foreign policy is, by its own nature geared towards the Mediterranean and Africa, in an effort to promote peace and security, an indispensable factor for the development and progress of our people."In 2017 Africa has about 569 million people living in cities, compared to 553 million people in Europe and 533 million people in Latin America and the Carribean. Africa is experiencing a very fast-paced urbanisation that is expected to accelerate in the future. Estimates set the urbanisation rate in Africa at 50% by 2030, hitting 60% in 2050. The African population will become the largest and youngest in the world.Following the opening remarks, the conference will hold a discussion in plenary session, chaired by the Deputy Foreign Minister Mario Giro with the participation of Hon. Lia Quartapelle, the President of E4Impact, Letizia Moratti, and the participating African ministers. There will be three panels on the link between urbanisation and economic development, social and environmental features of urbanisation and the link between urbanisation and peace and security. The conference will conclude with a plenary session for the panels to report the results achieved. 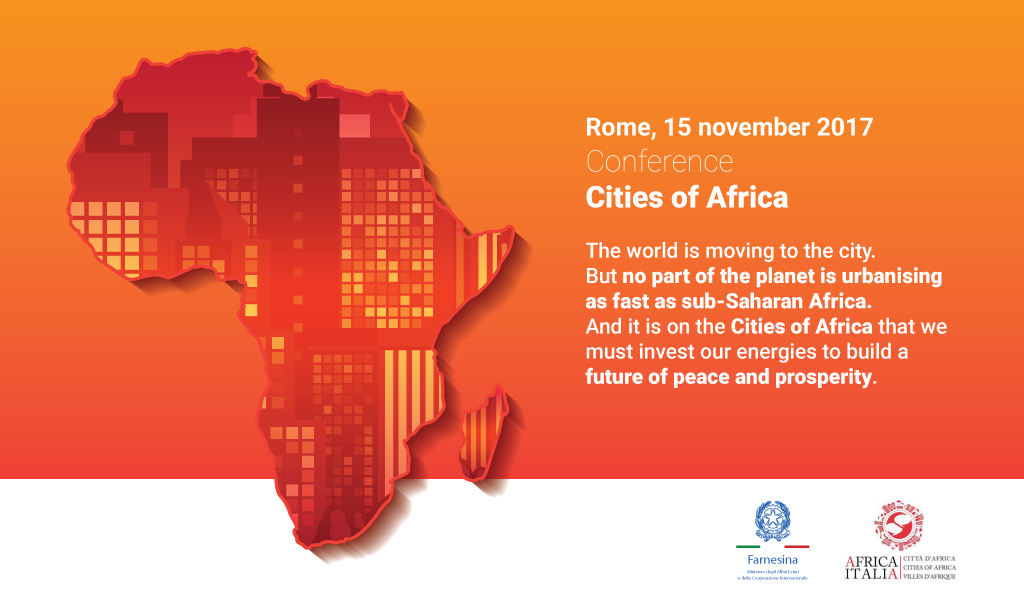