To celebrate the Italian Research Day in the World – an initiative organised by the Ministry of Foreign Affairs and International Cooperation (MAECI) in partnership with the Ministry of Education, University and Research (MIUR) – the Italian Embassy in Washington hosted the “Life as a Scientist” photographic exhibition and a round table with renowned Italian and American scientists on 9 April. The exhibition was organised in association with the Bracco Foundation.

The round table was organised in order to highlight the tight cooperation between Italy and the United States in the field of science, research and technology and to commemorate the 500th anniversary of the death of Leonardo da Vinci. The Italian Ambassador to the United States, Armando Varricchio opened the event together with Jonathan Margolis, Acting Deputy Assistant Secretary for Science, Space and Health at the Department of State. The panel, moderated by Anna Bowser, Director for Innovation at the Wilson Centre, featured four eminent scientists and researchers: Barbara Berrie, National Gallery of Art; Paolo Bonato, Harvard Medical School; Emilio Frazzoli, ETH Zürich / Aptiv, Boston, and Patrizia Rossi, Jefferson Lab. The event also included the screening of a video on the personal and professional stories of two Italian researchers and scientists in the United States, Veronica Bindi, University of Hawaii / NASA and Barbara Marchetti, eCampus University / Catholic University of America. According to the estimates of the National Science Foundation (NSF), there are more than 15,000 Italian researchers in the United States and the number of Italian professors in American universities has risen 6% in the last 10 years. Last December, Italy and the United States, together with over 200 Italian and American scientists, celebrated the 30th anniversary of the Bilateral Agreement on Scientific and Technological Cooperation.

The event included the ribbon-cutting ceremony of the "Life as a Scientist" photographic exhibition which is part of the “100 Women Against Stereotypes” initiative launched in 2016 by the Osservatorio di Pavia and the Gi.U.Li.A Journalist Association, in conjunction with the Bracco Foundation and with the support of the Representation of the European Commission in Italy. Women are rarely consulted by the media and the series of portraits displayed in the "Life as a Scientist" exhibiton by the famous photographer Gerald Bruneau, was commissioned with a view to overcoming the prejudice often associated with women’s work in science and technology and to inform the public of their achievements. Laboratories, universities and operating theatres – the temples of research and knowledge – are the workplace of women who commit to advancing the frontiers of knowledge on a day-to-day basis.

“This exhibition highlights the competence of Italian women in the STEM areas as being key to growth and progress and the motive force of the excellent bilateral relations between Italy and the United States. It opens a window on the everyday life of exceptional Italian women – biologists, chemists, engineers, astrophysicists, mathematicians, surgeons and computer scientists – who, through their work and the results achieved, are promoting the cultural change needed to assure gender equality in every social segment and sector,” said Ambassador Armando Varricchio.

“We are deeply honoured that the Italian Ambassador to the United States, Armando Varricchio, chose our initiative for this prestigious occasion,” said Diana Bracco, President of the Bracco Foundation. She continued: “Our photographic exhibition is particularly important because, through the pictures of an important professional, it gives an account of the roles that women have succeeded to fill in the world of science. This new awareness among women around the world is an extraordinary leverage for social and political change. Of course, there is still long way lying ahead and our ‘100 women against stereotypes’ project is only a very small step forward. However, something is undoubtedly changing the world over. In fact, in 2019 for the first time, the Swedish Academy of Science decided to invite the scientists in charge of making appointments to take into greater consideration both the gender and the geographical diversity of candidates.”

In the United States, the Italian Research Day in the World will be celebrated through events organised by the Italian Consulates in Boston, Chicago, Detroit, Houston, Los Angeles, New York and San Francisco in partnership with local universities and research centres, the Italian Cultural Institutes and the Italian Scientists and Scholars of North America Foundation. The initiatives are aimed at celebrating the 500th anniversary of the death of Leonardo da Vinci and the importance of scientific and technological cooperation between Italy and the Unites States in areas such as health, engineering, space and innovation. 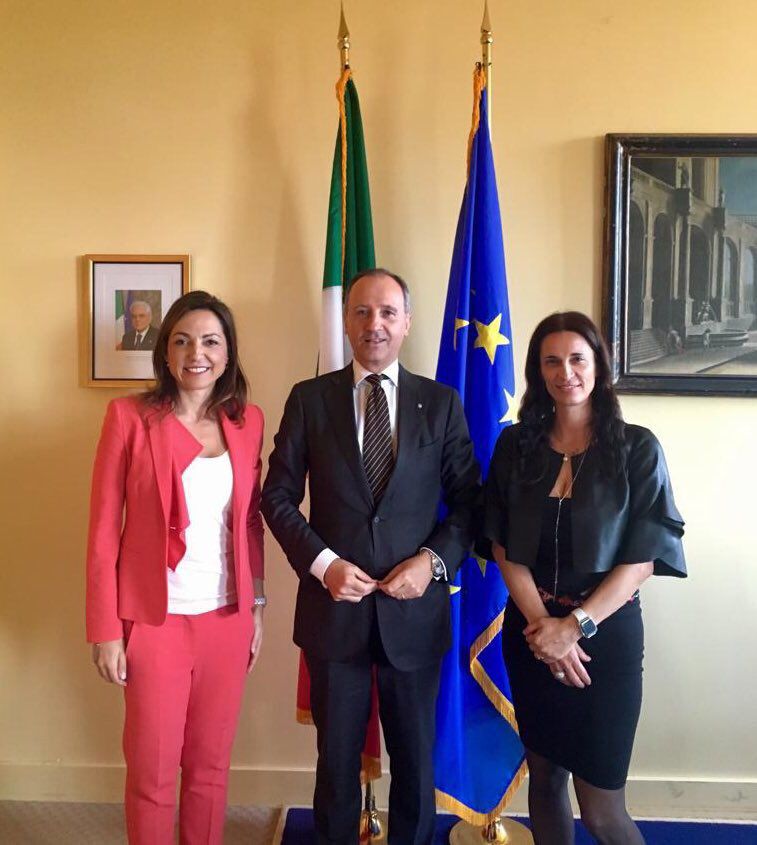