Seoul hosts the screening of three titles from 'Fare cinema'

​The Italian Cultural Institute in Seoul, in partnership with the Jeonju International Film Festival (JIFF), organized a screening in Seoul as part of 'Fare Cinema', an Italian Film Festival that is included in the Foreign Ministry's 'The Italian Way of Life' programme. The JIFF has traditionally paid great attention to Italian films and welcomed the event featuring the screening of three films. Besides being very different the one from the other, they all share a broad international approach, which is proof of the  many trends that are developing among Italian contemporary filmmakers.

"Piranhas" ('La paranza dei bambini') was the first film to be screened at the presence of the director, Claudio Genovesi, and it was followed by Nanni Moretti's "Santiago Italia". Michela Occhipinti's "Flesh Out" was the third film screened. 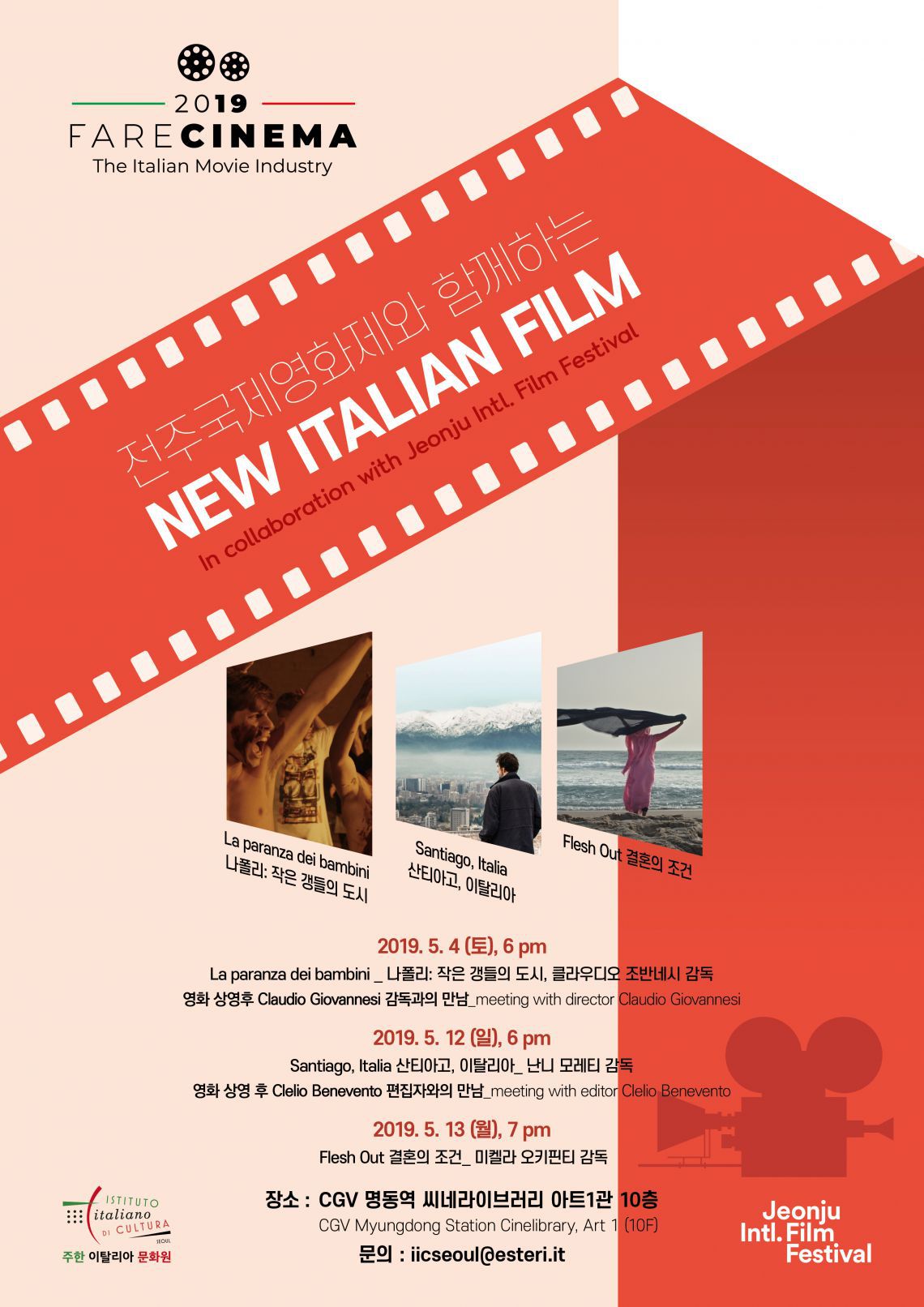