Skopje, the family is the leitmotif of the 'Fare Cinema' Film Festival

The “Fare cinema” film festival promoted by the Foreign Ministry and that involves the whole diplomatic and consular network in the world has now come to its second edition. From 18 to 23 May, the 19th edition of Skopje’s “Italian Cinema Week”, will screen Italian films for a whole week, including great classics like ‘Marriage Italian-style’ and ‘A Special Day’ (‘Una giornata particolare’), all with subtitles in Macedonian, which will be shown together with more recent productions. The Festival, organised by the Italian Embassy, will open with ‘Ogni maledetto Natale’ (2015), a comedy by Luca Vendruscolo, which will be preceded by a greeting from the director and the actors on a video especially recorded for the occasion.

The leitmotif linking the films presented is the importance of the family in society and the changes that it has undergone, through an often ironic and sarcastic look on family relationships.

Promoting the Italian filmmaking industry in the world and strengthening cooperation with other national industries are the reasons underlying this initiative. The closing day of the event schedules the screening “L’ingrediente segreto” (2017), an entertaining Macedonian comedy filmed in the streets of Skopje. The film won the best film prize at the “36th Bergamo Film Meeting” and is distributed in Italy by an independent distribution agency (“Lab 80”). The director of the film, Gjorce Stavreski, and the Italian distributor, Giulia Esposito, will be present at the screening. 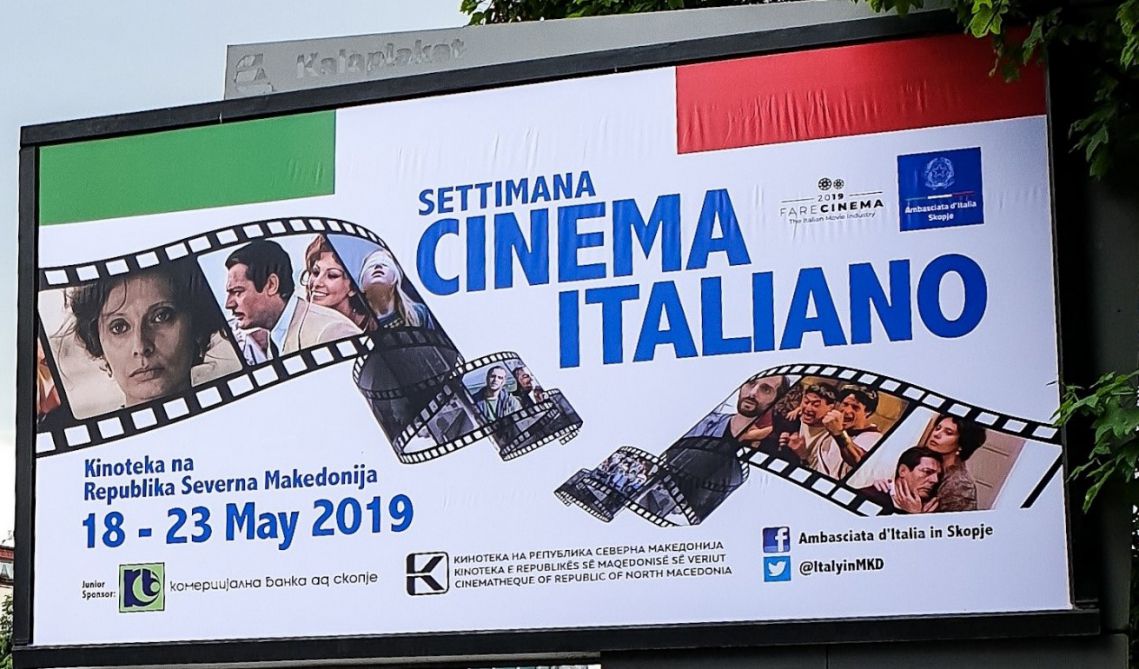