'Fare Cinema', the initiative promoted by the Ministry of Foreign Affairs for the promotion of Italian culture and Italian quality films arrives in Turkey. Three cities will be involved in the festival dedicated this year to Italian directors but with a tribute to Vittorio De Sica.

In Ankara, the Italian Embassy will organize a series of meetings in collaboration with the 22nd "Flying Broom" International Women's Film Festival. The guest of honor will be Italian director Michela Occhipinti who, for the occasion, will present her latest film "Il corpo della sposa (Flesh out)". Then, at "Casa Italia", the documentary "Non è amore questo" (2017) by Teresa Sala will be screened together with the short films "Tutti a casa" by Geraldine Ottier, "Non mi posso lamentare" by Elisa Billi and Cristiana Mecozzi, and "Apri le labbra” by Eleonora Ivone. The show in Ankara will end with the docu-film 'Normal' by Adele Tulli.

In Istanbul, the festival will be hosted at the Casa d'Italia Theater and the Italian Cultural Institute has decided to pay tribute to the father of neorealism, Vittorio De Sica, 45 years after his death, with a retrospective of his most important films. The last appointment of Fare Cinema in Istanbul, on June 10, will be devoted to celebrating the 500th anniversary of Leonardo's death, by screening "Being Leonardo Da Vinci, an impossible interview" in the presence of the director Massimiliano Finazzer Flory, who also plays Leonardo in the film, and who will tell the public how he prepared to play this multifaceted genius of our Renaissance.

In Izmir, on May 29, the film 'Accabadora' by Enrico Pau that draws inspiration from the female archetypal figures in archaic and peasant societies will be screened at the Karaca Sineması theatre. 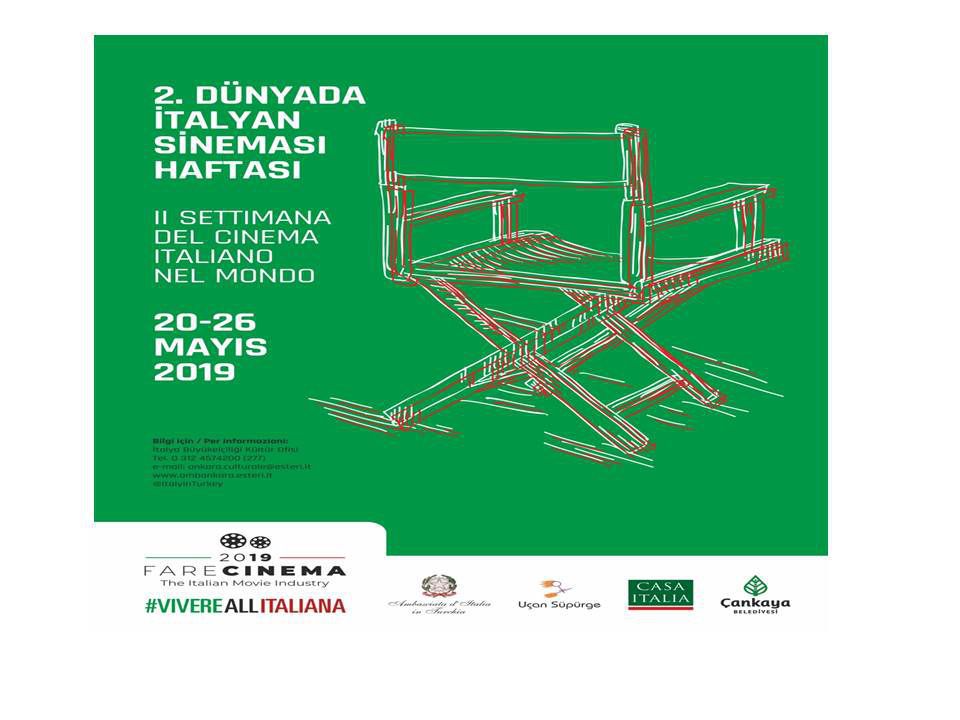