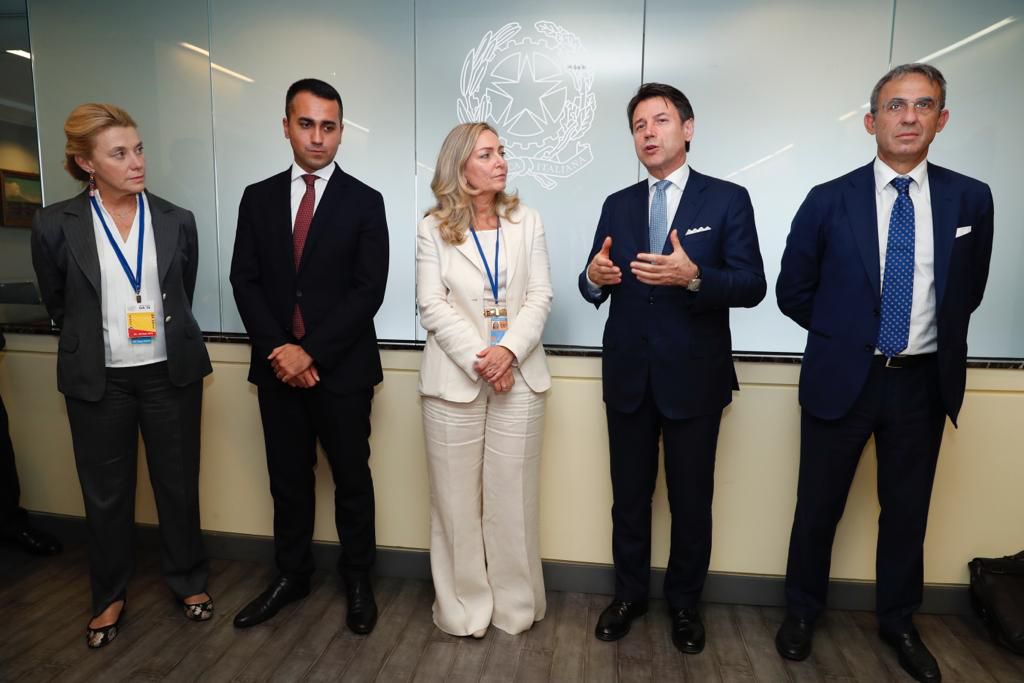 New York, September 23, 2019. From today, the Permanent Representation of Italy to the United Nations in New York has become a "plastic-free" space. It has placed a ban on the presence and use of disposable plastic on its premises. The President of the Council, Giuseppe Conte, with the Minister of Foreign Affairs and International Cooperation, Luigi Di Maio, and the Minister of the Environment and Protection of the Territory and the Sea, Sergio Costa, attended the simple opening ceremony.

"The Italian Representation at the UN in New York is among the first to ban disposable plastic. I am proud to make this announcement on the very day when the leaders of the world, with Italy in the front row, have gathered at the UN Building to renew the momentum for improving global climate conditions. The best practices adopted by the Italian public administration, of which the diplomatic-consular network represents a point of excellence, are clear evidence of our Country's commitment to the issues of environmental sustainability and of how we arefighting against climate change", said the President of the Board as he congratulated the staff for their commitment to the project.

There was an exchange of comments also with Federica Gasbarro, spokesperson in Italy of Greta Thunberg's movement "Fridays for Future", and with the Youth Delegate, Federico Brocchieri, the two young people who brought the flag of our Country to the Youth Summit on Climate.

The initiative is part of the "Farnesina Verde" project promoted by the Ministry of Foreign Affairs and International Cooperation to reduce the environmental footprint of the Farnesina and of Italy's diplomatic-consular network. With the official inauguration as a "single-use plastic-free" space, the Representation also supports the "Plastic-Free" campaign launched by the Ministry of the Environment.

Italy supports the campaign launched by the United Nations to eliminate the use of disposable plastic at the headquarters of the Organization and to reduce the overall environmental impact of UN missions and activities on the ground, a course of action that our Country also promotes in the framework of the Group of Friends for the environmental management of UN operations on the ground, established by Italy and Bangladesh in 2018. 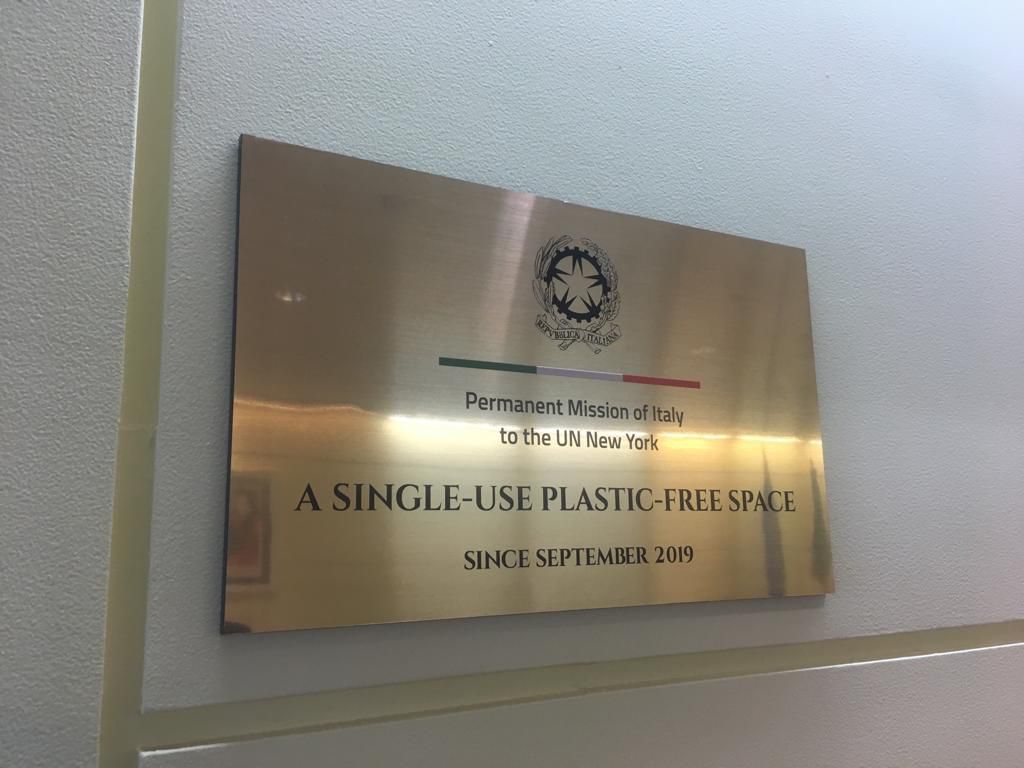 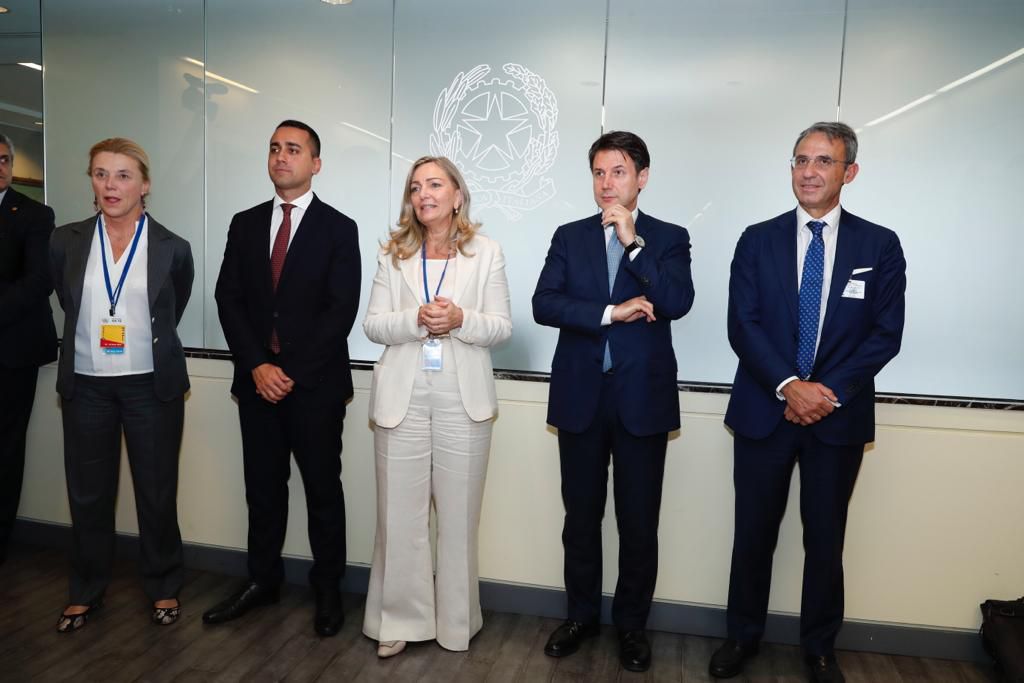 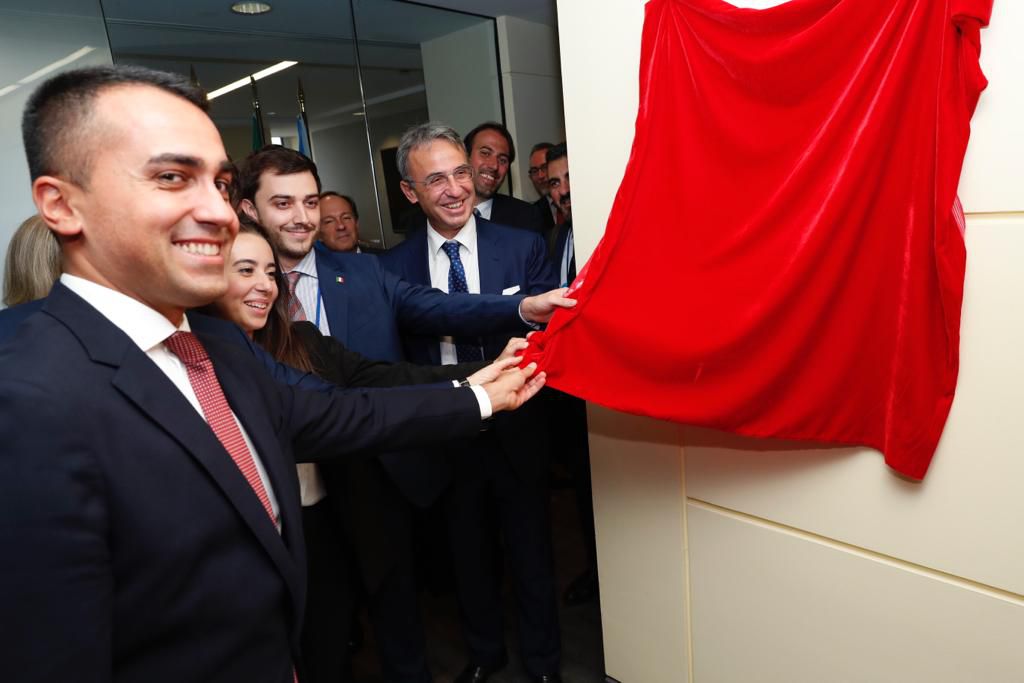