The Ministry of Foreign Affairs and International Cooperation celebrated today the World Children's day marking the 30th Anniversary of the UN Convention on the Rights of the Child. Adopted on 20 November 1989 by the UN General Assembly, the Convention is the most widely ratified human rights treaty in history and has helped improve the lives of children around the world.

It is on this day that Italy reaffirms its unconditional commitment to protect and uphold the rights of all children especially the ones living in higly vulnerable situations such as conflicts, underdevelopment and humanitarian emergencies. Italy voices its firm condemnation of all forms of abuses and physical and psychological violence, which hundreds of millions of children are still experiencing today with very serious consequences on their physical and psychological development.

Protecting children's rights is one of the priorities Italy has pledged to uphold during its mandate as a member of the UN Human Rights Council ( 2019-2021). In particular, Italy is strongly committed to support international campaigns combating unaccepatable practices forced on girls and boys in several parts of the world, like early and forced marriages and female genital mutilation.

Upholding children's rights is also a priority of the Italian Development Cooperation sector, which is engaged in carrying out multi-sectoral projects in Sub-Saharian Africa and in the Middle East both during humanitarian crises and within the framework of development programmes. In this context Italy along with international organization and specialized agencies has taken steps with a view to urging a more incisive international action to fight diarrhea, which is the second leading cause of death among children under the age of five. As part of this year's celebrations, Italy organized "Leading Minds" the first global conference on mental health issues in children and adolescents in partnership with the UNICEF and the WHO. The event is designed to call the attention of the international community to this fundamental area of intervention. 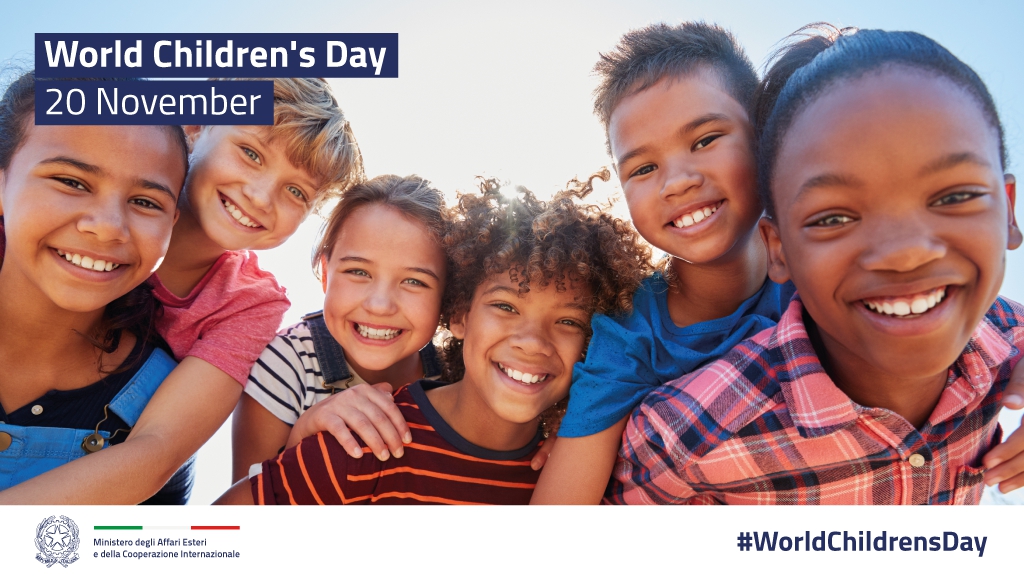