12 February: International Day against the Use of Child Soldiers [TN: also known as Red Hand Day]

On the occasion of the International Day against the Use of Child Soldiers, Italy reaffirms its commitment to ensure the safety and rights of minors, also in situations of conflict, with the utmost determination. In the year of the 20th anniversary of the First Optional Protocol to the Convention on the Rights of the Child on the involvement of children in armed conflict, we reiterate our firm condemnation of the heinous practice of recruiting child soldiers - a practice that exposes children to serious risks and grave violations of their fundamental rights, depriving them of their childhood. Italy will continue its international campaign for the safety and rights of children living in areas of conflict, with the highest commitment and the deepest sense of responsibility, in the belief that keeping children away from combat lines, dangers and abuse, and that safeguarding their right to education is a key priority.

Despite the progress made over the past thirty years, according to the latest Report of the Special Representative of the Secretary-General for Children and Armed Conflict, in 2018 there were more than 24,000 grave violations of children’s fundamental rights in situations of conflict; in particular, there were 933 cases of sexual violence and 1,023 attacks on schools and hospitals, which produced devastating effects on access to education and health services in the involved regions. It is our common responsibility to ensure that the most defenceless, including those living in war zones, can dream and shape a future of their own.

Italy is at the forefront of the defence of children who live in situations of armed conflict. On the occasion of the 33rd Conference of the Red Cross and Red Crescent (Geneva, 9-12 December 2019), Italy made a solemn commitment - to which other Countries can adhere - to guarantee the safety and rights of children in situations of conflict. In only a few days, Italy’s proposal gathered a record number of signatures, becoming the most supported commitment of the entire Conference. 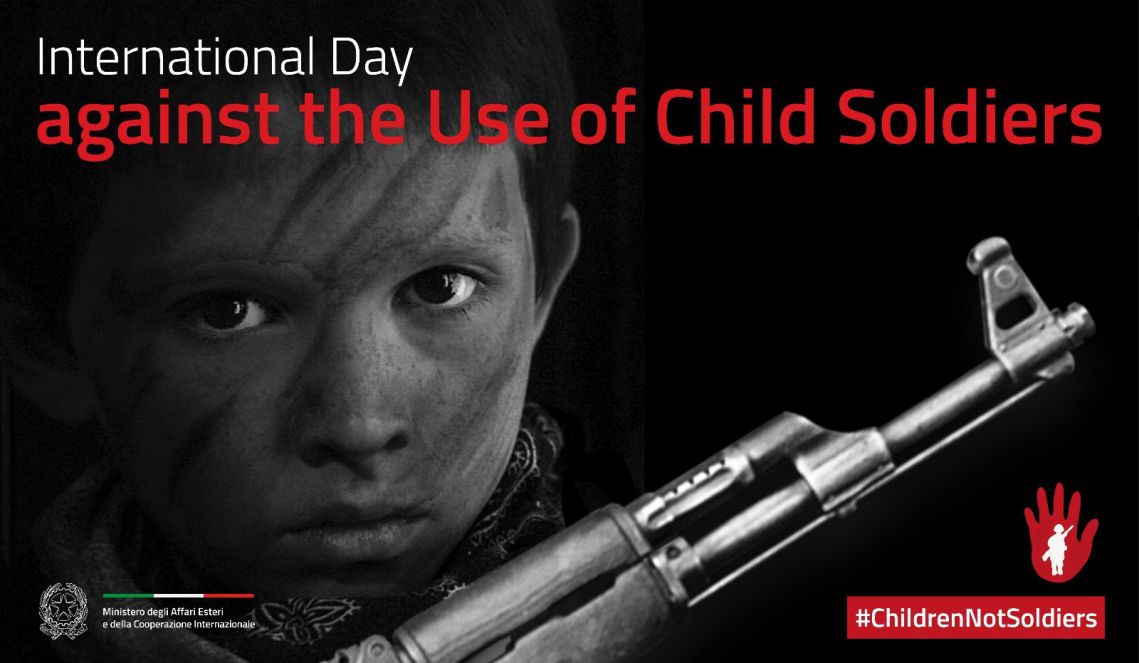