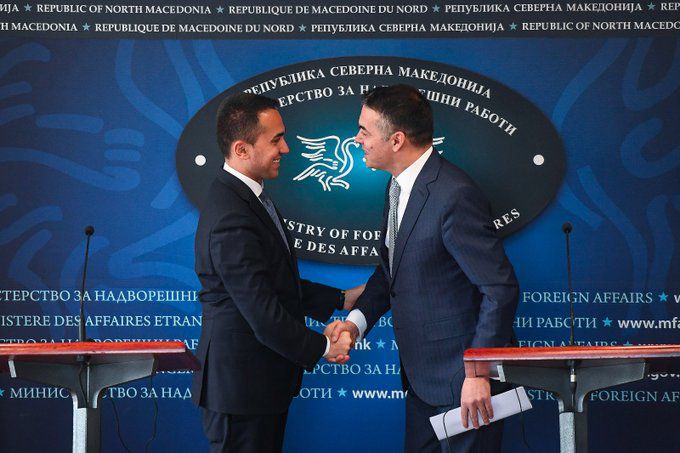 During his visit to Skopje the Minister of Foreign Affairs and International Cooperation, Luigi Di Maio, met with his Macedonian counterpart, Minister Nikola Dimitrov. During their conversation Minister Di Maio remarked that Italy has always supported the route taken by Northern Macedonia towards integration into Europe and will continue to do so. He also stressed that opening the negotiations is a key step for the credibility of the European Union's commitment to strengthening reforms and consolidating stability in the Balkans.